Hassan al Kontar, now 37, is from Sweida, a southwestern city in Syria. He grew up with two siblings in a tight-knit, middle-class family. His father was a mechanical engineer. His mother, a nurse.

It's been more than a decade since Hassan has seen his family. He holds dear his memories of their time together. His favorite is of the weekend trips he used to take with his father to their small family farm, where they grew olive trees.

"He would teach me the value of the nature and not to forget my roots," said Hassan. "It was nice and simple at that time." 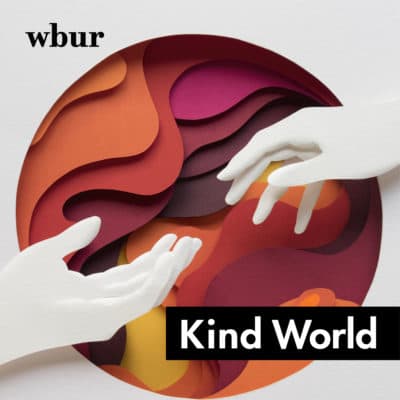 In 2006, Hassan traveled to a wealthier state, the United Arab Emirates or UAE, hoping to give his family greater financial security. Then, in 2011, everything changed. Waves of civilian protests spurred by the Arab Spring slowly turned into a brutal civil war in Syria.

Many Syrians in the UAE, like Hassan, couldn’t get work their permits renewed. After spending years as an insurance marketing manager at several big companies, Hassan was now living in the UAE illegally, working menial jobs just to survive. He knew if he went back to Syria, he’d be forced to serve in the army. It was something he couldn't fathom.

"It was against my principle and morals," he said. "I’m born to build, not to destroy and kill."

When Hassan’s father died in 2016, he couldn’t attend his funeral. He says what really ate him up was that he still wished for the opportunity to make his father truly proud of him.

Hassan was eventually expelled from the UAE. He then traveled to Malaysia under a temporary visa. When that visa ran out, he booked a flight to Ecuador, where travelers can usually get a visa upon entry. His mother even sold a gold necklace to help him pay for the roughly $2,000 plane ticket.

"I double-checked everything with the ticket because I knew it was my last chance," said Hassan.

As Hassan was waiting to board, the airline staff abruptly cancelled his ticket without an explanation or a refund. He was stuck again. This time at the Kuala Lumpur International Airport in Malaysia, unable to leave the terminal, with no money and no visa to go anywhere.

Hassan frantically sent messages to embassies and international groups but never got a helpful response. Desperate, he took out his phone, started recording videos of himself, and posting them on Twitter.

His videos caught the attention of someone very far away, 58-year-old Laurie Cooper, who lives in a popular ski town called Whistler in British Columbia. The mother-of-two had already been teaming up with volunteers to privately sponsor Syrian refugees to come to Canada as part of a group called Canada Caring.

"In Hassan’s situation, I kind of thought, well, his mom can’t help him so maybe I’m in a position to help him," said Laurie. "So my personal motivation kind of comes from being a mom."

At first, Hassan wasn’t sure what to think when Laurie messaged him. At that point, he had been stuck at the airport for more than a month and was getting a lot of messages that didn't seem very promising. They kept in touch, though. Laurie sent applications and letters on Hassan’s behalf. She also collected more than 60,000 signatures for a petition to Canada’s immigration minister.

In The Terminal, In Limbo

Days turned into months. Hassan was still at the airport. He slept under a stairwell, never eating anything but leftover airline food, always the same rice bowl with a small piece of chicken. In one of his social media videos, he talks about how he loathed the constant chime of the airport announcer.

Despite everything he was going through, Hassan kept a lot of his social media posts light. He was often cracking jokes, embracing the little things. In one video, he celebrated getting a chocolate bar, and in another, he sang 'happy birthday' to one of the airport's cleaning staff.

"You will start enjoying the little things in your life," said Hassan. "That’s what I was trying to do by doing the normal stuff. To refuse the reality and keep reminding myself — and the outside world — that I’m still a human who deserves to be treated as a human, who should live a normal life."

Hassan was often reminded of just how far from normal this living nightmare was, though. On Day 174, his younger brother got married. He, of course, couldn’t be at the wedding.

He thought a lot about his late father, too, and about all those lessons he taught him on their farm years ago about patience and resilience.

“During my time at the airport, I felt that he was there each and every step with me," said Hassan. "That he somehow, during my childhood, he knew I would face difficulties in life, so he prepared me.”

Hassan’s most difficult days in the airport came seven months. He was arrested by 13 armed guards, taken to a small, cold cell and threatened with deportation to Syria. Laurie was traveling when she heard the news.

"If he had been deported to Syria, it’s certain that he would’ve been imprisoned, and it’s highly likely that he would have been killed," said Laurie. "So I really felt like he was in a life or death situation."

Hassan had no idea what was happening in the outside world. The guards wouldn’t let him talk to anyone. But, he still believed Laurie was fighting for him.

"I had the peace of mind that it was going to be OK at the end," he said.

That day finally came, about two months later, when Laurie got an alert from Canadian officials: Hassan’s sponsorship papers had finally been approved.

"We got 24 hours notice that he was coming to Canada and that was just unbelievable," said Laurie.

'My Son Was Home Now'

On November 26, 2018, Laurie eagerly waited for Hassan to arrive at Vancouver International Airport.

"Truly, when I saw him at the airport, I felt like my son was coming home," she said. "My son was home now."

Since then, Hassan has been living with Laurie and her family as he adjusts to his new life in Canada.

He still can’t go home to Syria because it's too dangerous. But he’s on a mission to try to help other Syrians like him. He wants to tell their stories and help them seek refuge. It's something his father would’ve wanted him to do.

"Somehow now I have the peace that he’s happy," said Hassan.

He imagined that his father would have this message for him now:

"I’m proud of you. Keep an eye on your family and don’t forget your people."