The Red Sox and their fans will celebrate the legacy of David Ortiz during the team's final regular season series, which begins Friday night at Fenway Park.

The day the baseball player known as Big Papi became a Boston legend is easy to pinpoint: Oct. 18, 2004. 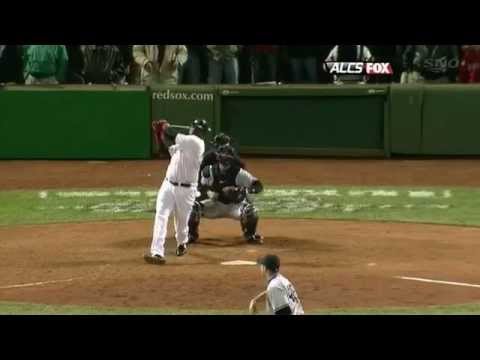 Just after midnight, Ortiz hit a walk-off home run to prevent the Sox from being swept by the New York Yankees in the American League Championship Series.

Then, less than 24 hours later, in Game 5 of the series, Ortiz came through with a walk-off hit that scored Johnny Damon. The win sent the series back to New York, where the Red Sox would win two more games and capture the American League pennant. 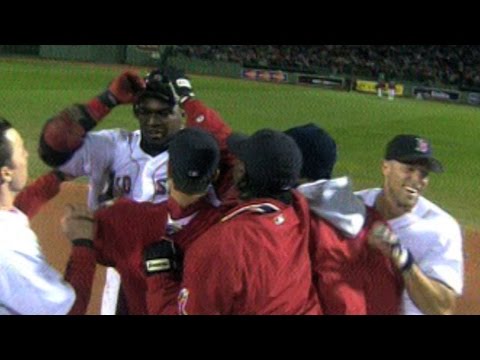 "If you wanted to point to one day that changed the course of Red Sox history, that would be the day," team historian Gordon Edes said. "David Ortiz was front and center in both of those games."

The Red Sox then swept the St. Louis Cardinals for their first World Series title in 86 years.

But nearly two years before the championship, Ortiz was a free agent trying to land a job. He spent six mostly unremarkable seasons with the Minnesota Twins before being signed by the Red Sox in 2003.

At the time, the Sox planned to use Ortiz as a part-time player and backup to designated hitter Jeremy Giambi. But Ortiz found an ally in a fellow Dominican.

"It didn't hurt [Ortiz] that he had [star pitcher] Pedro Martinez in his corner," Edes said, "and Pedro going to [then-manager] Grady Little and said, 'Look, when I pitch, I want David Ortiz on the field.' "

As a full-time player, Ortiz went on to hit 31 home runs and 101 RBI in his first season with the Red Sox.

By 2007, he was a four-time All-Star and led the Sox to their second World Series win in four seasons with a sweep of the Colorado Rockies.

Ortiz also made Boston his home. He moved to the area full-time with his wife and three children. In 2008, at a ceremony in the JFK Library in Dorchester, he became an American citizen. 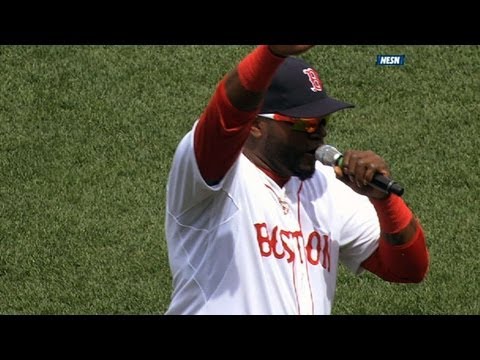 He cemented his Boston bonafides in 2013. Days after the bombing at the Boston Marathon and hours after the police standoff ended in Watertown, fans filled Fenway for the first large gathering since the attacks. Ortiz addressed the crowd with a brief speech, best known for the line: "This is our f------ city."

"He was the one who gave voice to the anger, the sadness and the defiance that all of us felt," Edes said.

Later that year, Ortiz led the Red Sox to their third World Series in a decade, and won the World Series' Most Valuable Player award.

Ortiz announced his retirement before the 2016 season, telling fans he was reluctant to leave baseball but the game was becoming too taxing on his 40-year-old body. But the team will make one final playoff run before Ortiz ends his career.

However the season ends, his place in Red Sox history is secure.