If you vote in Massachusetts, you've probably had a least one debate with a friend this year about whether the state should allow marijuana for recreational use.

But have you looked at the mechanics of the legal marijuana industry that ballot Question 4 would create? We've summarized key elements, in case you don't have time to read all 24 pages of the proposed act before voting on Nov. 8. 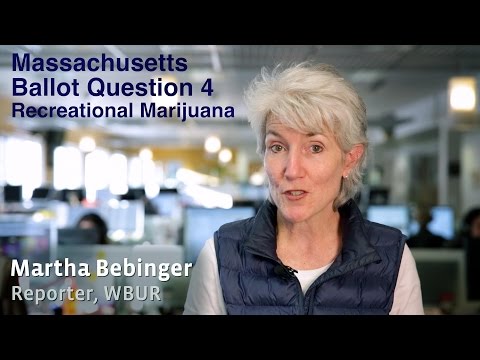 Here's a list, beginning with broad and general items and moving into details. If we've missed something you think is interesting or critical, let us know!

1) Like alcohol, marijuana would be legal for adults 21 years of age and older. But unlike alcohol, there would be limits on how much you could have with you at a given time.

Adults could possess 1 ounce of dried weed or 5 grams of concentrate in public. You could have an additional 9 ounces in your home, but it would have to be secured with a lock. Gifts of 1 ounce would be legal.

2) Marijuana stores would be allowed in every city and town unless voters in the municipality approve a local ban.

This is in contrast to the state's medical marijuana law, which requires dispensaries to secure local support before they receive a state license. As for the number of marijuana stores, municipalities would have to allow up to 20 percent of the number of licensed liquor stores. Local governments could set a lower limit, but only by approval of voters in that city or town.

3) The first licenses would be issued on Jan. 1, 2018. Existing medical marijuana dispensaries would have preference.

4) The tax on marijuana would be 12 percent, of which 6.25 percent would be the state sales tax and 3.75 percent of that would be a new excise tax used to fund the CCC (with any remainder going to the state's general fund). Two percent would go to the city or town in which the marijuana is purchased.

Supporters expect recreational marijuana sales would total $100 million in the third year of legal use. The 12 percent tax is about half of the current rate in Colorado. Question 4 critics say the Massachusetts tax rate should be higher, but the pro-legal campaign says a more moderate tax will keep the price of legal weed closer to the black market price and discourage black market sales.

5) Residents would be allowed to grow six plants at home, with a maximum of 12 per household.

Marijuana could be grown outside for personal or commercial use, but it must not be visible to the public without the use of "binoculars, aircraft or other optical aids." No word on a required fence height.

6) The CCC would create and oversee the new legal marijuana industry in Massachusetts. The three-member commission [and staff] would issue and regulate the operation of four types of licenses: cultivation, testing, manufacturing and retail.

8) Labels on marijuana sold inside stores would include: a marijuana symbol, the names of the grower and manufacturer, the amount of THC and other cannabinoids, and the number of suggested servings in certain marijuana products, such as edibles.

The serving size notices are aimed at warning users not to ingest too much marijuana in one sitting. While the effects of smoking marijuana may be immediate, it can take 30 minutes to metabolize and feel the effects of pot you drink or eat.

9) To protect against use by children, marijuana would be sold in childproof packaging.

The ballot question does not explicitly ban marijuana products that look like candy, but it would prohibit marketing or ads aimed at children. Marijuana could not be grown, manufactured or sold within 500 feet of a school.

10) The CCC could limit the amount of marijuana grown in Massachusetts if it appears the legal supply has exceeded demand and is fueling the black market.

11) Current penalties for consuming marijuana while driving a car, boat, bus or train or for operating under the influence would remain in effect. But police say these laws would be difficult to enforce because there is no equivalent of a breathalyzer test for marijuana at this time.

If the ballot question passes, there are lots of details that would be debated and defined when state officials draft regulations. Marijuana is currently legal in four states: Colorado, Washington, Oregon and Alaska as well as in the District of Columbia.

Voters in five states, in addition to Massachusetts, will decide in November whether to join that list. The other four states awaiting voter decisions are California, Nevada, Arizona and Maine.

This article was originally published on October 04, 2016.