On the eve of Halloween, a ghost story.

It's set on the fourth floor of Shelton Hall, a Boston University dormitory. Paranormal disturbances have been reported there.

Exiting the elevator I was expecting, maybe even hoping, to find a little ectoplasmic residue. There was none.

But BU senior Victoria Farr reports a string of strange encounters here. She is the fourth floor RA and remembered her one freakish experience. It happened this summer, when she was all alone.

"And as I walking in the hall, I heard a very strange scratching sound on the wall. It was right adjacent to the stairwell, so I knew there wasn't anyone there."

It unnerved her, but she wasn't surprised. Farr had heard the enduring ghost tales involving the lingering spirit of a legendary literary figure: American playwright Eugene O'Neill. 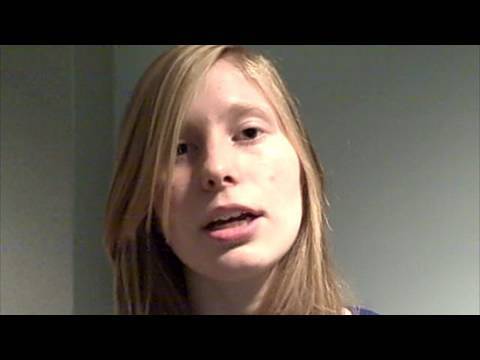 As it turns out, O'Neill lived — and died — right here, on the fourth floor of this building. It used to be a residential hotel, and Farr said the writer's ghost still haunts the halls.

"The lights here are a lot dimmer," compared to other floors, said Farr. "The elevator doors will open without being called."

If you walk farther down the hallway there's a bulletin board dedicated to O'Neill, where Farr encourages students to write if something strange happened to them.

A notable one reads: "My toilet flushed by itself."

The residents here feel a curious affection for O'Neill's ghost, it seems. Some are even on a first-name basis with him. "We have a theory that Eugene does not like my roommate," said freshman Danielle King. She and her roommate live right next to the elevator.

"Every time she's the first person to walk in the doors will slam closed on her," claimed King. "It's consistent, it happens every time, so we have a theory that she did something to upset him."

Perhaps it's the curse of Eugene O'Neill?

David Zamojski wishes he had his own encounters with the ghost. He is the director of residence life at BU and lived on this floor for six years in the 80s. Students reported eerie phenomena back then, too, he said.

"Lights flickering, or strange sounds in the corridor. Knock on the door, and when they would open the door there would be nothing there."

Zamojski said one group of writing students — this floor is known as "The Writers' Corridor" — went so far as to hold a seance to conjure writerly inspiration.

"They so hoped to connect with the spirit of O'Neill," Zamojski remembers. "There was meditation and chanting and they kept it up for a good long time one evening."

Alas, they were unable to raise the dead playwright.

O'Neill moved here to the Shelton Hotel with his wife Carlotta about two years before he died, in 1953. They were both ill. He suffered from what doctors at the time diagnosed as Parkinson's disease. The couple,  known for their knock-down fights and co-dependent relationship, rarely left the hotel, says O'Neill scholar Steven Bloom.

"His final days here were kind of tortured. It's sad."

Bloom is the author of the "Student Companion to Eugene O'Neill" and former president of the Eugene O'Neill Society. In the end, he says, the O'Neill was physically unable to write, and it horrified him. Bloom says the playwright lived a tormented life, haunted by his family's ghosts and demons.

"If you read his plays, see his plays, you see in many of them, most famously 'Long Days Journey Into Night,' where he over and over again struggled with the ghosts of his own parents and his brother."

After he died, the Nobel laureate and Pulitzer Prize-winning playwright was buried at Boston's Forest Hills Cemetery. Bloom takes comfort in the fact that writing students here in Shelton Hall are keeping O'Neill's spirit alive.

Borah Coburn lives Room 405 — the room said to have been O'Neill's — but she said she hasn't seen a thing. Not even his aura.

"I mean, I don't know that I really believe in ghosts, but it's one of those things that if I ran into his ghost I would be like, OK, can we have a conversation? That would be really cool."

Coburn said she would ask for tips on writing.

Perhaps she'll get her chance Saturday, on Halloween.