Twenty years ago, as neighborhood students on Palace Road headed home from parties that had closed out St. Patrick's Day, 13 pieces of art, some of them crown jewels, went out the side door of the Isabella Stewart Gardner Museum in the arms of two not-so-gentle gentlemen, and became missing royalty of the art world.

A Vermeer, the Rembrandts, a Flinck and a Manet — works of genius — along with five sketches by Degas, a gilded eagle finial of little value and a minor bronze Chinese beaker. Altogether, they were the greatest art theft in history; indeed, they were the greatest theft in history, with a grand estimated value of over $500 million. Their loss is a hangover that won't go away as we mark its 20th anniversary.

Reporters and audience alike, we are driven by anniversaries. Birthdays, weddings, graduations, failures and deaths and things that cause us pain. It doesn't matter if you're 12, 20 or 99 years old and one day short of the big one; it only counts when you hit the mark at 13, 21 and 100. Anniversaries prompt talk of hope, promise, progress, accomplishment and a better day coming. Nothing may have changed from the day or week or year before, but it's an anniversary.

So too with news events. And so too with this anniversary of the Gardner art heist.

"I don't have any doubt we are going to recover them," says the museum's security director, Anthony Amore, in one story on the eve of the anniversary. And in another he vows, "I'll get them."

Sadly, the "amore" of Amore — his stated obsession with finding the art — has become as much of an element in the current story lines as any clear progress.

High-spirited talk is good for morale on anniversaries and it keeps the troops moving. But Amore's vow is also reminiscent of another giant mystery of the '90s and the vow by a succession of supervisors at the Boston FBI on every anniversary of Whitey Bulger's flight from arrest that "we're going to get him."

Each year as the anniversary approached, and in anticipation of people like me reporting on the anniversary of their ongoing failure, the FBI would release another statement proclaiming progress in finding a man they hadn't found.

The FBI reports that it has posted two billboard ads out on Route 93 in Stoneham and on Route 495 in Lawrence with an image of Rembrandt's Sea of Galilee. They read: "STOLEN ART $5 MILLION REWARD" and give a number to contact the FBI and a Web address. It's part of a public service campaign by Clear Channel Outdoor. The reward is the same as it was last year.

In a second development, according to the Boston Globe, the FBI is re-submitting evidence  — duct tape that was used to tie up the security guards during the heist — for improved DNA analysis. Although the Boston Herald rebutted that story with an FBI statement that the evidence was not re-submitted "for the occasion of the 20th anniversary … it was done long before that."

Anthony Amore, security director at the Isabella Stewart Gardner Museum, is obsessed with the heist. The museum hired Amore more than four years ago and he admits he's been living and breathing the stolen works ever since.

On the eve of the heist's 20th anniversary, standing in the Gardner's Dutch Room, where the lion's share of the art was snatched, Amore stares at the empty frame that once held Rembrandt's "Storm on the Sea of Galilee."

Amore describes the missing work with a warmth and adoration more akin to an art historian, perhaps, than to an investigator.

Listen to his talk with WBUR's Andrea Shea

In any event, the key word here is "re-submitting;" they're hoping to have better luck than they did the first time.

And the new U.S. Attorney Carmen Ortiz is repeating the pledge to negotiate immunity with anyone coming forward to return the stolen art, offering the opportunity for both the reward and a free pass to the thieves, their accessories or those who just happen to be bringing the stuff forward. Outgoing U.S. Attorney Michael Sullivan made the same pledge last year.

On another "official" front, the federal prosecutor who's leading the 20-year-old investigation, Assistant U.S. Attorney Brian Kelly, has announced his opinion at an art conference in New York that James Whitey Bulger had nothing to do with the thefts. While that won't bring the paintings back, it may cut down on the endless and unbounded speculation, and perhaps wasted efforts to explore that angle.

But don't count on it. Among the new books on the Gardner this year is the fictional account of the popular theory that Whitey did do it and he did it for the Irish Republican Army, who has stashed it away on the Emerald Isle. Then, there's the non-fiction work out this June by one the FBI's former art theft experts, who says he knows where the art is — prompting the question: Why did he wait so long to tell us?

In short, there's nothing really new. For all the radio, TV, newspaper and magazine stories about the 20th anniversary, the sad fact is that the Globe headline from March 14, 2009, would do just fine for this year as well; just substitute "20th" for "19th" in the sub-head: "Gone, but not forgotten, Gardner Museum recalls art heist as 19th anniversary nears"

Or you could substitute the Herald headline from March 13, 2005, on the 15th anniversary: "Raiders of the lost art; FBI ramps up Gardner Hunt."

In the 20 years since one of the security guards let in two guys dressed up as Boston cops, there has never been an arrest, the statute of limitations on the actual thefts has long ago run out — though the possession of stolen art is a crime — and there's never been an official suspect.

In 1999, on the approach to the 10th anniversary, FBI supervisor Thomas Cassano spoke bluntly: "We haven't got a clue as to who is responsible."

"There's no hard evidence that points to anyone," said Geoffrey Kelly, the hard-working lead agent for the FBI, who wasn't here at the beginning or even the middle of the case. "We've not developed any solid information as to who was involved and what the motivation was."

Kelly told me that last year. There's no indication anything has changed.

"We aren't any closer to getting the paintings today than we were the day after St. Paddy's Day," private investigator Charlie Moore told me last year. He just told me the same thing a few minutes ago — "there's nothing new." Except we're all a year older.

Amongst all the speculation, and as the cold case circles back on itself, about all we have is speculation.

Moore's opinion is intriguing: "My thought is that the stuff is stashed somewhere and the guy who stashed it has died," he said.

Thinking about the crew of small-time criminals and people claiming to be deal makers who've come forward over the years, Moore notes that "they were either in jail at the time, or dead, or in jail now."

So, if they were in jail then, they couldn't have done it; if they are dead, we don't know if they did it; and if they're in jail now, they have had all the reason in the world to trade the art to get out of jail and have not.

There's an aphorism that I recall from Central America: Hay siempre esperanza y manana — there's always hope and tomorrow. Though we seem no closer to finding the thieves and, more importantly, the paintings today than we were on the day after the thefts, we should all be hoping that the Gardner, the FBI and the U.S. attorney's office get the paintings back, and soon.

As late as they are, as long-shot as they may be, those FBI billboards are at least displaying Rembrandt's Sea of Galilee. Think of them as art appreciation and a reminder of the works of genius that transcend time and elevated the city for a century. Even if it's only for hoping, marking the 20th anniversary despite its failings is worth that. 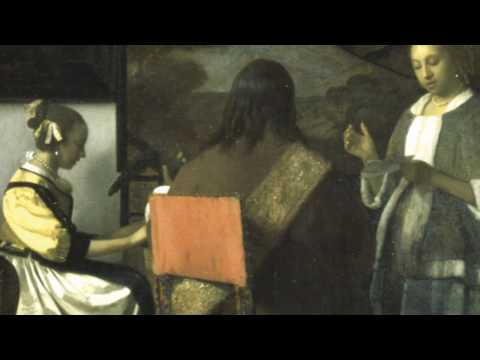 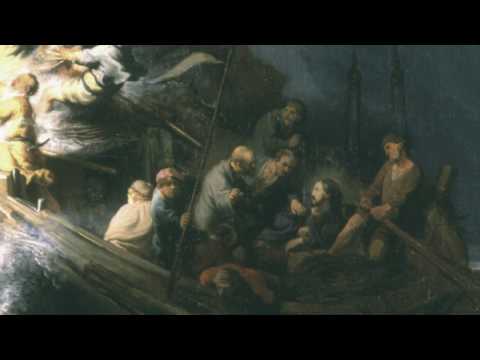 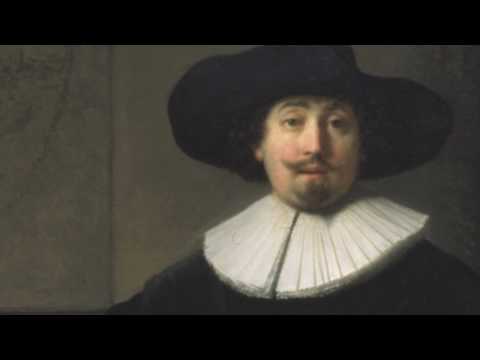