This story is a follow-up on an exclusive story reported in December: a 16-year-old Worcester girl charged with murdering her 13-month-old son. What sent her to jail for nearly three years to await trial was a confession extracted by Worcester Police detectives. Here's an excerpt:

Sgt. Kevin Pageau, lead detective: And you don't get to be a kid. And that’s why you smothered Khyle, didn’t you?

Truong: I did not.

Pageau: That’s why you smothered him, didn’t you?

Truong: I would never kill him.

Truong later insisted that she never hurt her baby. And her lawyer insisted this was a case of a false confession.

The confession was later thrown out by a judge who ruled that the circumstances surrounding her confession were coercive, and Truong was set free. She is rebuilding her life, but the Worcester Police Department has still not made an accounting.

The Power Of Positive Thinking

"How did you think you were going to get out?" I asked her.

"I didn’t do anything, so they have to let me go," she replied.

It was the power of being positive that got Truong through two years and eight months of confinement at the Women’s Correctional Center in Chicopee. 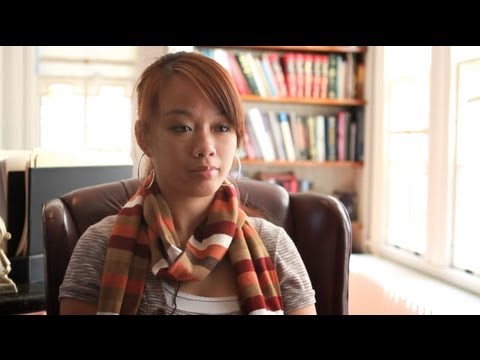 "I mean, it’s really sad to say, but jail made me better, at the end of it," Truong said.

She got her GED in jail and is going to college full-time now. Truong reveals no bitterness toward the detectives who questioned her in 2008, but Worcester Police haven't answered our numerous requests for interviews.

And it's clear they resent questions. So on Tuesday, I went to a public meeting to find Police Chief Gary Gemme.

"My comment to you is that if you have any questions on that case, I suggest you speak to the district attorney," Gemme said.

"Right, but as the chief you expressed full support and confidence in your two officers," I responded.

"And I stand by the statement."

Gemme's only previous statement on the case came in writing after our broadcast last December of excerpts from the videotaped police interrogation. The detectives' conduct drew outrage from across the country, including sharp criticism from detectives and prominent judges like this one:

"Thank God we have courts and judges," said retired Superior Court Judge Robert Barton. "If you left it up to the police to decide whether you’re guilty or not, that kid would have been strung up in the backyard that night. Because in their minds, she’s guilty: give her the maximum punishment, next case."

Barton was especially troubled by the detectives' conduct, which critics likened to psychological and emotional torture.

But the officers remain on the Worcester Police force. In fact, lead detective Pageau has been moved up to Internal Affairs to investigate complaints of police wrongdoing.

Worcester Police Chief Has No Regrets

Gemme issues no apologies or regrets.

"All I'm saying to you is that I suggest that you speak to the district attorney," he told me again.

"And he didn't appeal the case in which the judge said that your two detectives had engaged in a pattern of deceit, trickery, false promises, implied promises and inducements," I continued.

"And I suggest that you speak to the district attorney," Gemme said.

"But you're the chief and you said those words, sir," I replied. 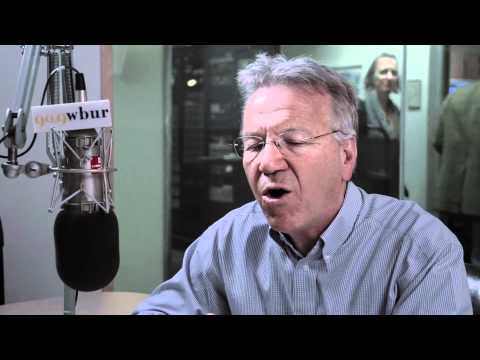 I had spoken to the District Attorney Joe Early. He did not take the opportunity to express full support and confidence in the two detectives. And he explained that he had no chance of successfully appealing Judge Janet Kenton-Walker's order to suppress the confession.

Suppressing evidence in a murder case is a very big deal, the now-Harvard professor said about Kenton-Walker.

Kenton-Walker's ruling in the Truong case, and in a more recent case, has put the judge in the firing line of the Worcester Police. And Gemme has attacked her in an unusual way. He has a Twitter account, @911chief. And he has fired tweets like this one:

"Judge Kenton-Walker. Cognitive bias. What more can be said?"

"When you look at what cognitive bias is, it's taking information and continually making a bad decision based on the information that you have," Gemme said.

City Councilor Rick Rushton said the chief's conduct is over the top.

"When you use the words like 'cognitive bias,' you're indicating that you believe that a judge has a mental disorder," Rushton said, "really puts a chilling effect, I believe, and it shows a lack of professionalism."

And when another councilor, Connie Lukes, said Gemme's tweeting was sophomoric, Gemme tweeted the councilors were engaging in a food fight, which he said he won.

But tweeting is just one of the chief's weapons. He has also turned the normal police press release into bludgeons against reporters, columnists and, once again, Kenton-Walker: "Worcester Police Department Responds to Judge Releasing Violent Offenders Back to the Street," goes one such hit.

The chief of police is trying to intimidate judges, said Ed Ryan, the defense attorney for Truong. And standing up for the two detectives is even worse.

"That is a degree arrogance, a degree of disrespect for the rule of law that frightens me," Ryan said. "That tells me that they have a license to do whatever they want. Keep it up. That is a very frightening circumstance to have law enforcement so empowered, so arrogant, that they think they can get away with this kind of behavior."

As of Tuesday, the chief was still deflecting questions.

"The last thing I'm going to say, is that if you have any questions, I'm going to suggest that you speak to the district attorney," Gemme said.

"And what did the district attorney say?" Gemme replied.

"He did not appeal the judge's order, chief. You know, it's easy to send tweets and flak from behind closed doors, but answer some questions, sir."

"Have a nice day," Gemme said. The door closed, and there would be no answers about Nga Truong from the Worcester police chief.

Editor's Note: WBUR teamed up with WCVB-TV's "Chronicle" for a special half-hour show on the Nga Truong case. Here are video segments one, two, three and four.

Anatomy Of A Bad Confession