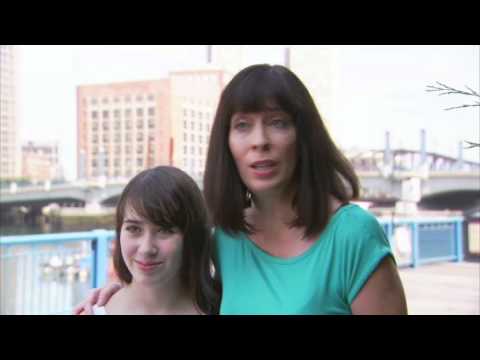 The ad touches on two major women’s issues: reproductive rights and equal pay. Brown is trying to make headway on women’s issues at a time when, according to a WBUR poll (PDFs — topline, crosstabs), 54 percent of likely voters trust that Warren "will stand up for women’s interests in the Senate." Nineteen percent said they would trust Brown to do the same.

"Scott Brown has made one pro-choice vote out of five that have come to the floor of the U.S. Senate since he was elected," said Megan Amundson, executive director of NARAL Pro-Choice Massachusetts. "One out of five is not a pro-choice record."

Brown also voted with Republicans to block the Paycheck Fairness Act in June.

Warren is hitting hard on these women’s issues in a TV ad that started airing in August:

In the ad, Warren refers to the failed Blunt amendment, which would have allowed employers to opt out of providing some health insurance coverage for religious or moral reasons.

Adrienne Kimmel, who runs the political office of the Barbara Lee Family Foundation, which tries to advance women’s representation in politics, says their research indicates it’s hard for women to show both likability and capability "because, unfortunately, in this country and certainly in this state, where we have a rather abysmal record of electing women candidates, women still have to show that they are capable without coming off as, you know, not likable or superior."

In this poll, without leaners, Brown has 45 percent of the male vote, while Warren holds 43 percent (with leaners, they're tied at 45 percent). But Brown is losing ground among women.

"He recognizes the writing on the wall. He needs to close that gender gap," said Peter Ubertaccio, a professor of political science at Stonehill College.

Ubertaccio says Brown will appeal to women if he plays up his moderate record in a polarized Congress.

"And so the more they come away thinking about Scott Brown as an independently minded person, who approaches each vote with what’s best for the state, and not viewing him as part of a national Republican agenda, then I think he's got a winning strategy," Ubertaccio said.

The poll shows voters think Warren has the momentum in this race, something Sen. Brown will try to put the brakes on in the candidates' first televised debate this Thursday.