What piqued the interest of WBUR.org readers this year? We've compiled some of the most read local stories and topics of 2012. This year's list hits a mix of newsy, controversial and amusing stories from around Greater Boston. We start below with No. 10.

The tenth most popular story on WBUR.org in 2012 was about a study conducted by a local economist. Researchers set out to determine what caused a variation in teen birth rates across geographic locations. They found lower income individuals living in areas with a great degree of income inequality were more likely to give birth as teenagers. The reason? Economic opportunity. Read more here.

WBUR's David Boeri started covering the story of Nga Truong back in 2011 after WBUR obtained video of her 2008 interrogation by police. After the death of her infant son, then 16-year-old Truong was interrogated for two hours by the Worcester Police until she agreed with detectives that she had smothered her son. She was kept in jail for two years and eight months until a judge ruled her confession was a product of coercive police tactics.

Now age 21, Truong is suing the city of Worcester. That story was WBUR.org's ninth most popular of the year. For more from WBUR's "Anatomy of a Bad Confession" series, click here.

Not everyone was a fan of the "legal graffiti" Os Gemeos, a pair of Brazilian street artists, painted on the side of a ventilation building near South Station. Our eighth most read story covered the controversy surrounding the artwork.

As WBUR's Andrea Shea reported, "The hooded figures are an edgy choice for a place like Boston. The city has had a complex and controversial history with graffiti and street art."

Our readers had mixed opinions. "Louiek2003" commented, "As residents of Boston and frequently walk by the area to enjoy the harbor... We hate it." While commenter "Roger Kingston" described it as a "wonderful splash of color (and so I hear, sadly, controversy) on the elegant Rose Kennedy Greenway."

For more on the story behind the mural click here. You can also watch our interview with the artists here.

7: Putting ‘Context’ In Context: Obama’s ‘You Didn’t Build That’ Speech 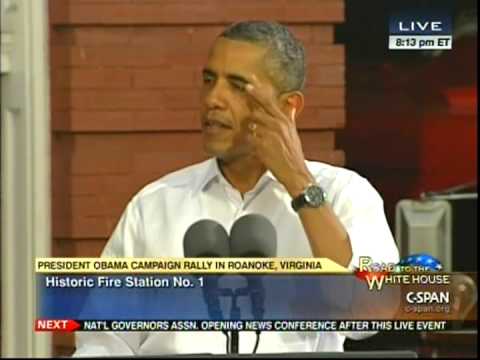 This wasn't our most popular election-related post (for that, see No. 2), but there's no denying that what became known as President Obama's "You Didn't Build That" speech touched off a firestorm and resurfaced many times throughout the final months of the campaign. This commentary, which garnered passionate responses from many readers and landed at No. 7 on our list, came from WBUR's Republican analyst Todd Domke. Read it here. 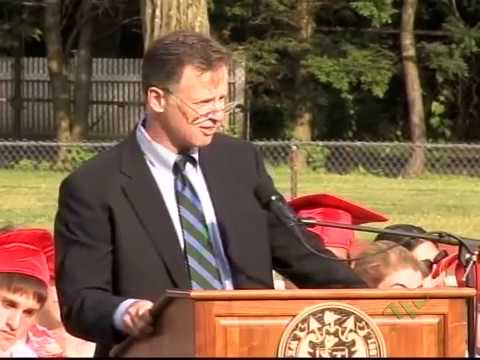 In his graduation address, David McCullough Jr., an English teacher at Wellesley High School, offered students a reality check before they headed off into the "real world."

"Contrary to what your soccer trophy suggests, your glowing seventh grade report card, despite every assurance of a certain corpulent purple dinosaur ... no matter how often your maternal caped crusader has swooped in to save you, you’re nothing special," McCullough said in the speech.

To read the WBUR's Sacha Pfeiffer's entire interview with McCullough, which comes in at No. 6 on the list, click here.

5: BU Student On Bike Killed In Crash With Tractor Trailer

This story got a lot of attention from our audience, rising to our fifth most popular story of the year in less than a month. Christopher Weigl, a 23-year-old Boston University graduate student was killed when he collided with a tractor trailer at the corner of Commonwealth Avenue and St. Paul Street on Dec. 6.

Boston's fifth cyclist death in 2012, the accident hit a nerve with Greater Boston's biking community. To listen to bikers reactions to the accident and to read more about Weigl, click here.

WBUR's Living With Lyme series explored the many angles of this public health issue, but our most popular addressed what happened to a Lyme disease vaccine released in the 1990s. To read that report, click here.

While Massachusetts didn't get hit with the hardest that Superstorm Sandy had to offer, after seeing the devastation in New York and New Jersey, some of us probably felt all the pre-storm fuss was justified.

Days before the Sandy hit, forecasters warned it could be "the perfect storm." Our story on the four aspects of the storm that would create a worst-case scenario was our most popular Sandy-related coverage, and the third most popular story of the year.

When the video of Abigael Evans emerged at the end of October, many of us sympathized with the teary-eyed 4-year-old as she told the camera she was tired of hearing about "Bronco Bamma and Mitt Romney." Despite all that election fatigue, it seemed we still couldn't satiate your thirst for political news this year.

Our next most popular election 2012 posts came out of Election Day: our complete election results page, which included town-by-town results on the ballot initiatives and the Senate race. And finally, the story which addressed whether or not that photo of your ballot you posted on social media was legal or not.

Our most popular story of 2012 addressed the meaning behind the "MHK" patch on Patriots uniforms during Super Bowl XLVI. We imagine we had quite the national audience for this story, which explained the patch was to honor the team owner’s late wife, Myra Hiatt Kraft, who died from cancer in July 2011.

"It’s really hard for anyone else outside our organization to fully understand,” said offensive lineman Matt Light. “But [Myra] meant a ton to everything we do. And this season will be special forever because of that.”

This program aired on December 24, 2012. The audio for this program is not available.