The first report in a weekly series 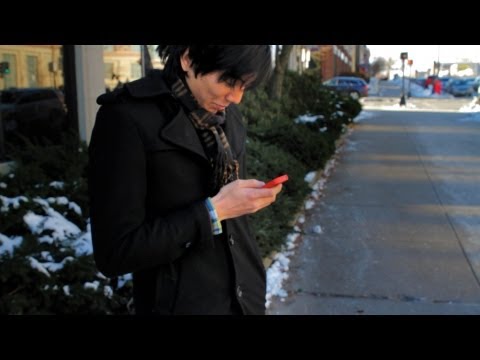 BOSTON — On a quiet Saturday afternoon at the Powers home in Orleans, author William Powers, his wife Martha Sherrill and 15-year-old son William are quietly observing the Sabbath. It’s not a religious Sabbath; they call it their Internet Sabbath. From Friday night through Sunday evening, there are no video games, no computers and no smartphones.

Powers says it was very difficult at first. “It almost had an existential feeling of, ‘I don’t know who I am with the Internet gone.' But after a few months it hardened into a habit and we all began to realize we were gaining a lot from it.”

In our “always on” lives, there are many like Powers who worry we are too immersed in the digital world and not present enough in the real world. Observers such as digital guru Baratunde Thurston say we can’t seem to resist the lure of our smartphones, even when we are in the company of others. They are like a little Christmas present, Thurston says, “a gift where someone is telling you that you are the most important person.”

So we check our screens frequently (some say compulsively) — even when we are sitting across from someone else. And that has consequences, according to one recent study, which found the mere presence of cellphones in face-to-face conversations inhibits the development of closeness and trust, and reduces the amount of empathy we feel from our partners.

The study reinforces the thinking of some prominent skeptics, chief among them MIT professor and psychologist Sherry Turkle. She applauds the many benefits of digital technology, but she says we still have a lot to learn about how to use it without undermining our values.

“We are not meant to get rid of this," Turkle says. "We are meant to use it for our human purposes, but we first have to figure out what our human purposes are and I am pretty sure they are not sitting at the dinner table not talking to our 8-year-olds.”

We’ve all heard plenty of complaints about how these technologies interfere with family life, but Turkle says in her 15 years interviewing hundreds of adults and teens, it’s surprising how often it is young people who complain about their parents’ obsession with these devices.

“They complain about parents picking them up at school and not making eye contact with them until they finish the last email,” she says. And she says parents attending sporting events often miss their child’s important play because they have been checking their email.

Turkle adds that many young people feel they have to compete for their parents' attention. “Adolescent men complain about how they used to love watching Sunday sports with their dads, and now dads are on their iPhones or laptops and they are completely sucked into the Internet space.”

The kids are plenty distracted as well. According to a Kaiser Family Foundation study (PDF), young people ages 8 to 18 now spend nearly every waking moment when they are not in school using media — more than 7.5 hours a day.

And half of all Americans say they prefer to communicate digitally than talk in person, according to a Time Inc. study.

Thurston says that for many, even phone conversations are too much of a burden. “When I see my phone ring I actually get annoyed," he says. "Like, 'Why would you interrupt me?' Unless you are hurt or you are dying, you can text me.”

Texts — their brevity, their simplicity, their utility — have tremendous appeal. According to a Pew Research Center survey, teens now text 100 times a day.

Boston University senior Ciera Wade says she can’t remember the last time she had a phone conversation with her parents. “It has entirely been text messages," Wade says. "In a text message, no one can hear your voice, so if I say 'I am great,' you believe it, but I might be crying as I am typing ‘I am great.' So texting allows me to mask.”

Wade also admits that she gets nervous when she has to make the leap from texting to an actual phone conversation. MIT’s Turkle has found that many young people, so reliant on texts and tweets, are intimidated by in-person conversation. She worries that as we ramp up our digital communication, we are “dumbing down” our conversations.

Digital communication, Turkle says, “is not so good for the sort of nuanced understanding and relationship-building you get when you are present with your friends — for sharing intimacies, for sharing difficult news, for saying you are sorry, for really getting to know someone. It gives us that sense of connection without the demands of intimacy and the responsibilities of intimacy."

Nancy Baym, principal researcher at Microsoft Research, doesn’t share these concerns. She says research suggests that digital communications enhance relationships and that “the evidence consistently shows that the more you communicate with people using devices, the more likely you are to communicate with those people face to face.” She says every new technology raises the fear that we will lose or lessen our human connections, but that we eventually figure out how to adapt.

Others believe that digital devices present more of a challenge, that they are more alluring, more irresistible and perhaps more addictive than previous technologies. The psychiatric world is still debating whether so-called “Internet addiction” qualifies as a true disease, similar to other addiction disorders. The new version of the DSM, the psychiatric diagnostic manual, will reportedly list "Internet-use disorder" as a condition "recommended for further study" when it comes out this spring.

But Baym says she has seen no compelling evidence that this technology is more addictive.

“I am not buying that this has some special power to control our behavior in a way that offers a new threat that history has never before seen,” she says.

Whether or not this technology presents a unique challenge, few would disagree that the lure is strong, and many are now beginning to conclude that it is time to seek a greater balance between our plugged-in and unplugged lives. For instance, we’re seeing the advent of digital detox retreats, device-free bar nights and tech-free cold spots.

And even industry leaders are striking a cautionary note. Google Chairman Eric Schmidt told this year’s graduating class at Boston University to get offline, at least one hour a day.

Life, he told them, is not lived in the glow of a monitor. “It’s not about your friend count. It’s about the friends you count on.”

Meanwhile, at the Internet Sabbath at the Powers home in Orleans, Powers says his family has found a balance between the wonder and burden of digital technology.

And 14-year-old William says after six years, he has come to appreciate his weekends offline with his family.

“I think that if we were on the Internet we’d be talking about Internet stuff, and now we talk about real life," he says. "I haven’t missed anything and I have really gained a lot.”

Although an Internet Sabbath may be too ambitious for many who are rarely more than an arm’s length away from their smartphones or laptops, experts, even tech enthusiasts, say it is useful to take some time away from the pings and beeps and chimes to evaluate our and our families’ changing relationship with technology.