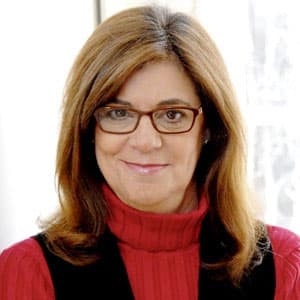 In her former role as executive director for programming, podcasts and special projects, Iris Adler provided strategic oversight for WBUR’s locally and nationally produced programs, and she oversaw WBUR’s new programming initiatives, including podcasts. In addition, Iris collaborated with the WBUR Newsroom on the vision and content of special radio and online series. She also oversaw WBUR.org’s opinion site Cognoscenti.

Iris began her public radio career at WBUR in the 1980s, first as a reporter, then as managing editor and news director, before moving on to the regional television news channel NECN, where she worked as executive editor, overseeing political coverage and documentaries.

Over the course of her career, Iris has won numerous awards for her work in both television and radio, including an Edward R. Murrow Award and several Emmy Awards.