BOSTON — Dr. Anne Goldfeld has been on the go — eyes wide open — saving lives for almost her entire life.

"Once you go and your eyes are opened, it's hard to shut them," she said.

Since the 1980s, Goldfeld has spent decades working in Cambodia, primarily as a physician, but when she saw the human devastation caused by landmines there, she put her energy into getting rid of them.

"I'll never forget the first landmine victim that I saw, with a leg blown off, another leg hanging by a tendon, blinded, a hand blown off and he was emasculated," Goldfeld recalled. "I kept thinking that if people could see this, they would stop this terrible weapon."

That patient didn't make it, and Goldfeld says she can still see him in her head.

"I see him very clearly. And not only him, but many of the other patients," she said.

Goldfeld is a problem-solver — one of those people who sees a need and is compelled to act. She co-founded the U.S Campaign to Ban Landmines and gave the first testimony before Congress calling for international action.

Though cameras were banned from Cambodian refugee camps back then, she took graphic photos of landmine victims and used them for billboards near landmine fields as a warning for refugees.

"So this was one of the first landmine prevention programs that existed," Goldfeld said.

And did it work?

"It certainly didn't hurt. You know, I don't know how to evaluate whether it worked, but I certainly am glad we did it," she said.

Goldfeld's activism began in high school in Beverly Hills, Calif. At 15, she helped arrange transportation so members of an Indian tribe could get medical care.

We find her a little reluctant to talk about her background and how she came about her activism, which was in part because of her family history.

"Both of my parents were immigrants to the United States. And in fact both of them, when they were teenagers, they were in concentration camps during World War II," she explained. "And so I was surrounded by a very rich environment in my home with their friends and this survivor community. I was very aware as a young child what the world could be."

"I’ll never forget the first landmine victim that I saw ... I kept thinking that if people could see this, they would stop this terrible weapon."

The first time she went to Cambodia was in 1983, taking a month off from her residency at Mass General Hospital. As a volunteer with the American Refugee Committee at the largest refugee camp on the Thai-Cambodian border, she saw poverty and tuberculosis in action.

Tens of thousands were sick from TB and many died. Very few of the refugees were being treated then because doctors worried that few of the sick would follow the rigorous six-month-long drug protocol. The doctors feared that not doing so would give rise to drug-resistant TB.

"But the alternative to not treating them was death for half of them because 50 percent of people who are not treated for tuberculosis die," Goldfeld said. "And they don't just die, they cough while they die, so they spread their disease and die from a completely curable illness."

For Goldfeld, that was unacceptable. So she and her colleagues developed a successful, grassroots treatment plan centered on family education.

"We took the approach right from the beginning that everyone wants to be well. If your wife or your husband is sick and you educate the wife or the husband how to help the patient take their medicines, make sure they eat and so forth, they really are going to do that."

In 2004, Goldfeld got another opportunity. On a flight to Cambodia she wound up sitting next to Angelina Jolie, who was filming the sequel to "Tomb Raider." They struck up a conversation and a few days later Jolie went with Goldfeld to see a hospital in Phnom Penh.

"A terrible place at the time ... where patients were brought to die, basically. There was no therapy," Goldfeld recalled. "I had taken some physicians through the ward the day before and I saw that it was really difficult for them to even be in the rooms to see these patients in such terrible condition. And what so impressed me about Angie and her assistant was that they didn't run away from it. They walked in. They were able to, in a very remarkable and unusual way, interact with the patients and be present."

As a result of that visit, Jolie and her husband, Brad Pitt, funded a new children’s health and education center in Phnom Penh. The Maddox Chivan Children's Center, named after Jolie's adopted, Cambodian-born son, treats kids affected by HIV or tuberculosis.

Another Problem, Another Solution

Goldfeld and Jolie plan to open a similar center in Ethiopia this fall where Goldfeld and her nonprofit, the Global Health Committee, are already treating patients suffering from drug resistant tuberculosis. 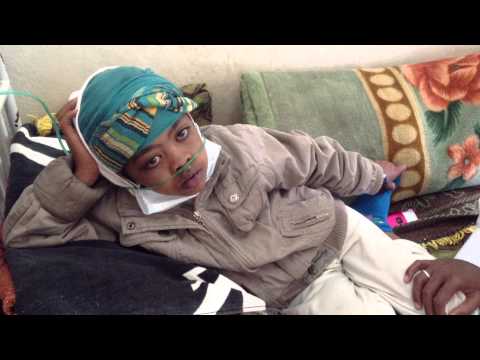 One of those patients is 8-year-old Samreya. She contracted drug resistant TB from her older sister, who later died. It wasn't until Samreya arrived at the hospital in Addis Ababa that she was able to get the care and expensive drugs she needed. Now she's gaining back some weight and is up and walking a little more every day.

Another problem, another solution — sometimes patient by patient — sometimes in the lab. Goldfeld also devotes herself to her research because she says progress there can make a difference in the field.

"One thing is to work on the level of right now with the medicines we have in our hands," she said. "But the real things that are going to change these problems are going to be a vaccine to TB, a vaccine to AIDS."

She says she never thinks about her work in the number of lives she's helped improve or save.

"What I think about is everyone who we couldn't help. Meeting a 12-month-old baby girl who was born 34 years after the HIV and the AIDS virus was discovered, who presented to us with end stage AIDS and tuberculosis and who died. That's who I think about.

"I think about the patients who couldn't get treatment quickly enough, who otherwise would be looking like you and me now and having a very rich life. That's what I think about. You know, there's a lot to do in the world, and it's ours to do."

Which is why when asked if she ever sees herself slowing down, her answer is not surprising.

Anne Goldfeld discusses the success stories of the community approach to treatment in Cambodia and Ethiopia: 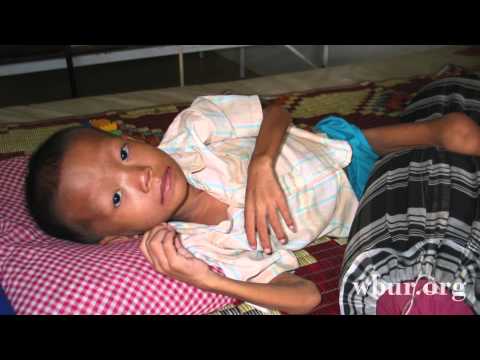