BOSTON — August Strindberg’s “Miss Julie” was banned in his native Sweden from 1889, when it was first published, until 1906. England didn’t lift its ban until 1939. If Boston still had a censor, which it did until 1982, there’s no doubt that “Mies Julie,” Yaël Farber’s South African adaptation, would similarly be banned in Boston for its fairly graphic sex and nudity.

It isn’t the sex, though, that makes the latest ArtsEmerson import (at the Paramount through Dec. 8), this one from the Baxter Theatre Center in Cape Town, such a great production. That would be the theatrical imagination and political intelligence of director-adapter Farber. Even as the tragic consequences of the events unfurl, Farber’s spellbinding talents make each of the 90 minutes remarkable.

Farber is an unabashed auteur. What the world needs now, she has said, is not another faithful Strindberg adaptation, but one that takes Strindberg’s insights into class and gender and turns them into something that shakes our world as much as he shook his.

She moves the story to a post-apartheid South African farm on Freedom Day, the commemoration of the first democratic national election in 1994. John, a black laborer is polishing the boots of the Africaaner owner, Julie’s father. Julie was raised by John’s mother (who replaces the fiancé from Strindberg’s story) and she and John have been lifelong friends.

As the play opens Julie is now interested in making it friends with benefits as she’s been dumped by her boyfriend, John has grown into a hunk and a half and she is constantly twerking herself in his direction. 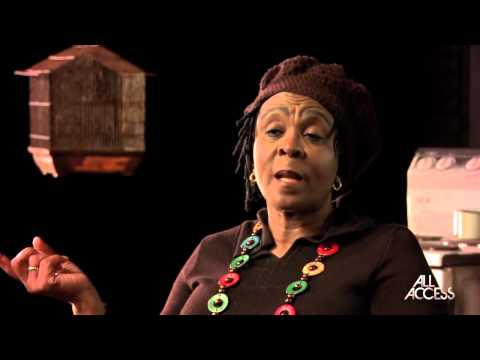 This isn’t jungle fever, South African style. The sexual dance is part of the physicality, often the brutal physicality, of life on the land, whether it’s the deadening toil that erases fingerprints from the hands of servants scrubbing the floor or the equally deadening narcissism of the idle rich. Throw in the black-white lust that dare not speak its name and John and Julie just about dance out of their skins to the onstage blend of jazz, traditional and even a bit of hip-hop music by Daniel and Matthew Pencer.

Race and class are intertwined in South Africa — the end of apartheid hasn’t changed that. In addition to that dynamic, Farber makes sex the catalyst for the political struggle for land and identity in South Africa.Bongile Mantsai as John and Hilda Cronje as Julie are fearless in their exploration of every nook and cranny of the other’s psyche, and of the national psyche as well. They’re both capable of provocative violence and extreme tenderness, making you wonder if Farber will change the ending. Thoko Ntshinga as his mother and singer Tandiwe Norfirst Lungisa cast a mournful eye within Patrick Curtis’s starkly-designed, atmospherically-lit kitchen. The mother is also the voice of tradition and something of a moral force as well — “We don’t steal because we were stolen from.”

Farber has said this is a quintessentially South African story, and certainly the focus on what apartheid wrought is unique to South Africa. Nevertheless, there’s no shortage of universal themes in this production, from the discussion of race and class to the Pinteresque power plays of the man and woman. Pinter was no doubt influenced by Strindberg and Farber, in turn, seems to be influenced by Pinter.

ArtsEmerson again delivers great world theater to Boston and, next up, they stay in Africa while giving Boston theater a showcase: Company One’s — take a breath — “We Are Proud To Present A Presentation … about the Herero of Namibia formerly known as South West Africa from the German Sudwest Afrika between the years 1844-1915.”

Whether it’s the Baxter Theatre in Cape Town or Company One in Boston, ArtsEmerson ain’t just whistlin’ “Dixie.”

This program aired on December 3, 2013. The audio for this program is not available.