There has never been a rock ‘n’ roll band with a focus as specific as The Baseball Project. And, yes, it’s all in the name.

As their name implies, they are a band that writes songs exclusively about baseball players and baseball-related issues. They’re touring behind their third album, uh, “3rd” and play Great Scott in Allston Wednesday, July 30.

While Bostonians love baseball as much as anyone, how does the band entice rock ‘n’ roll fans who are not baseball fans to come to their shows?

“I think most of our fans are those people, fans of our musical history,” says the group’s co-leader Steve Wynn, on the phone from his New York apartment. (He was raised in Los Angeles, but he’s a longtime New Yorker and a Yankees fan. More about that later.) “But the ones who like baseball get extra excited.”

You see, the members of The Baseball Project are (or have been) part of rock bands like the Dream Syndicate, the Miracle 3, R.E.M., Zuzu’s Petals, the Young Fresh Fellows and the Minus 5. R.E.M.’s guitarist Peter Buck and bassist-singer Mike Mills are the most famous names. They both played on the new album and tend to swap in and out on tour; Mills is in the mix right now.

“It works out fine,” says Wynn. “We actually have platoon bass players now.” Singer-guitarist Wynn fronted the seminal new wave band the Dream Syndicate, as well as the Miracle 3, and has done numerous other side and solo projects. His wife, drummer Linda Pitmon, played in Zuzu’s Petals. And singer–guitarist Scott McCaughey, the other bandleader, plays with the Young Fresh Fellows, the Minus 5 and (formerly) R.E.M.

But for the skeptical non-baseball fan, Wynn adds, “The stories we’re telling are universal stories. You don’t have to know baseball to get the stories we’re talking about. Any subject could be on a Miracle 3 or Minus 5 album — a lot of tales of people who miss their big chance or peak too early. We have a few songs that only work on one level, but most work on more than the baseball level and the ‘3rd’ record has the most musically in common with our history. You can hear all of our other bands on this record which makes it more fun.”

“We tried to write one about puppies and rainbows,” quips auxiliary keyboardist Josh Kantor on his Facebook page, “but didn’t like how they turned out.”

Kantor — Fenway Park’s organist and a member of the band Split Squad — joins The Baseball Project on tour when the Sox are on the road, and will be at the Great Scott gig. Split Squad, with Blondie’s drummer Clem Burke on and the Fleshtones’ guitarist Keith Streng, open.

“Our guys have no shortage of highlights,” says Wynn. “We have Rock and Roll Hall of Fame members. We have played big festivals and played these arenas. But nobody else I know has a World Series ring except Josh Kantor.”

The Baseball Project formed about seven years ago, when McCaughey – an auxiliary member of R.E.M. for years – got to talking with Wynn late one night after R.E.M was inducted into the Rock and Roll Hall of Fame.

From the spark that day, to having a record and putting it out, and being on the Late Show with David Letterman was only about six months time. There was no master plan, no pre-marketing.

“We didn’t think about it,” says Wynn. “It was an amusement, a labor of love.  When we recorded the first record we didn’t even know it was going to be a record. We didn’t even have a name. We talked about it and said ‘Wouldn’t it be fun to do a record about baseball?’ and it snowballed.”

“We didn’t think there was that much of an audience for it,” continues Wynn. “Peter’s told me there were times when it was uncool – liking sports for an indie rocker or a punk rocker and I’ve felt that way, but it never kept me from liking baseball. This project has shown us there are a lot of very cool, rocking baseball fans who also play in great bands out there. We meet ‘em all the time.”

Every song the band writes and records is about baseball. And Wynn and McCaughey, who split songwriting duty, don’t have any shortage of ideas.

“Both of us are pretty prolific,” says Wynn. “We’re used to writing all the songs in each of our various bands and we always have two or three things going at a time….We’re the biggest fans of each other songs.”

Some tales are sad, some angry, some whimsical, and many mix the elements.  “If you look at the stuff Scott and I have written over the years,” Wynn says, of their non-BP work, “we always do look for the dark, melancholic side of things, or the story of somebody who almost had it or had it and lost it. When we write about baseball, we’re attracted by those sort of songs. We wrote so many songs about bean balls, baseballs hurting people like Tony Conigliaro or Carl Mays’ pitch killing Roy Chapman.

I don’t think we have a huge history of funny, uplifting songs. There are some, but it’s not what we do regularly.

“We each wrote songs about things and players we care about, the same way we’d write about anything. You find some universal story that touches us and give a minute detail more importance. We would do that if we happened to be writing about bank robbers or murderers, broken love or whatever,” says Wynn.

“My favorite on the second record is Scott’s ‘Buckner’s Bolero’,” continues Wynn, about former Red Sox first baseman Bill Buckner and his infamous error in the 1986 World Series against the Mets. 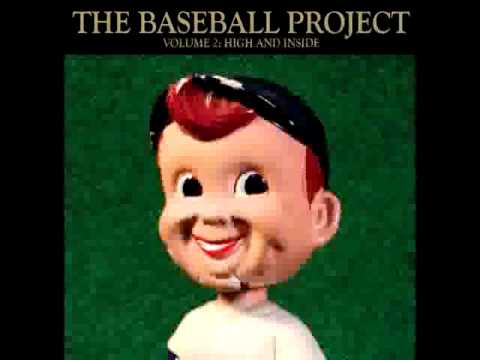 There are tunes that concern fandom, too, the joy of box scores and baseball card collecting. Wynn is a card collector geek — thanks to his parents for never tossing his collection. He is amazed that in the 50 or so moves he’s made as an adult he still has them all.  He wrote “The Baseball Card Song” about it. “They’re not worth that much,” he says, “‘cause they’re really not mint condition and for collectors it’s mint or nothing,” says Wynn. But he’s got cards of Bill Dickey, Christy Mathewson, Babe Ruth and Lou Gehrig.

There are other songs about specific players, both famous and obscure, from Babe Ruth to Larry Yount, the only pitcher to have come into a game, but never actually pitched, whose younger brother was star Robin Yount.

The album title “3rd” has multiple meanings says Wynn. “It’s ‘3rd’ as in strike, as in out, as in rounding. Heck, as in Big Star, even.” (Big Star is the seminal pop group founded by the late Alex Chilton, an influence to many; their third album was called “Third”; Mills plays in a Big Star tribute band.) 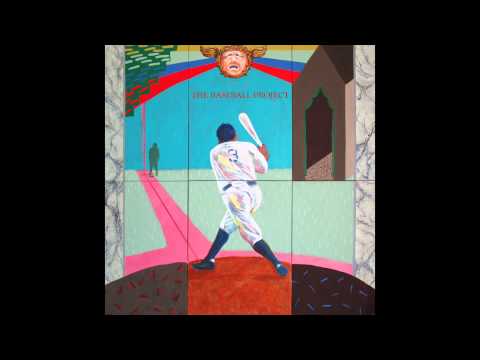 “It’s a great song,” says Wynn. “Now and then we’ll write a completely [baseball] geek song for the geeks and that’s fun, too, but most of the songs have some story where baseball is a way of getting to say what we’re trying to say. The Dykstra story you could say about a lot of people in music, a lot of people in Wall Street or politics, people who just fell beautifully, majestically from the greatest heights to the lowest lows. What Scott’s saying is true, to make that full swan dive, you had to have at least seen the heights.”

The Baseball Project has written songs about various Red Sox: Williams, Conigliaro, Buckner, Luis Tiant, Mark Fidrych and Roger Clemens, “Twilight of My Career.”  “I remember reading that quote [from former Sox general manager Dan Duquette] when it happened,” says Wynn, “and being shocked: ‘We wish him well in the twilight of his career.’ My God, he’s 34-years-old, he’s had this great career! I thought it was rough, so harsh.” Wynn also mused about how the song could apply to himself or other rockers of his generation – that most music that’s “hot” today is made by twenty and thirtysomethings.

While Red Sox history is rife for material, so the Yankees are, too, as they have a new one about building a statue for Bernie Williams, “Monument Park,” and one called “13” about Alex Rodriguez’s steroid use and his refusal to accept his fate. 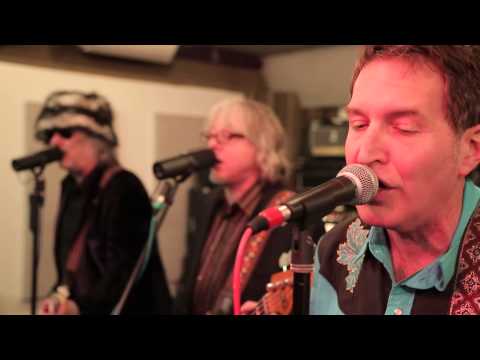 “He’s brought so much negativity and destruction to the Yankees,” says Wynn figuring Red Sox fans will love the song and Yankees fans will concur with sentiments.

Most songwriters start with melody and add lyrics later. Wynn says this is almost always his way — “the groove and the melody and the feeling gets me going” — but The Baseball Project is a bit different.  “I don’t necessarily sit down and write the story at the start,” says Wynn, “but I think I want to write about this and that. First of all, we want to get our facts straight. If we don’t, we know somebody will correct us. Scott and I sit together and say, ‘What’s our angle on this story?’ It’s almost like newsroom meetings on this: What do we want to write about? What’s interesting about this story?” It’s funny, we’ve only co-written one song, but it still is a collaborative process. In a way we’re like each other’s editor.”

Wynn is an unabashed Yankees fan. He laughs when he talks about Kantor’s participation — “I’ve had to embrace the opponent” — but adds, “my love for one team or any one anything doesn’t necessitate me hating anybody else; it’s the way I am. I think being a Yankees fan, I play the game of having to find a natural enemy, but the reality of it is, the Red Sox are a great team with a great history and what they pulled off last year is amazing. And when one of my best friends is actually playing organ there and actually invited us to play the national anthem I’m gonna be happy to be there.”

They sang the National Anthem at Fenway when the Yankees were in town in 2012 for the Fourth of July weekend. 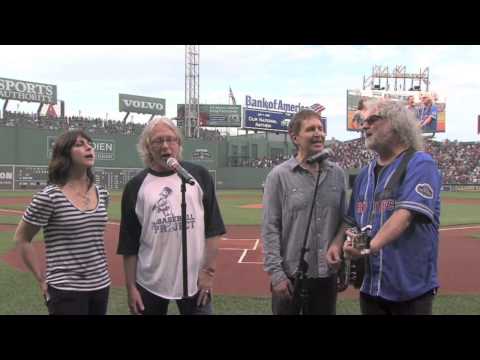 “I mean, we've all met plenty of rock stars,” Wynn adds, “but we still revert to star-struck kids when we meet people like Dale Murphy or Craig Breslow, both of whom are fans of the band.”

Wynn is secondarily a Dodgers fan. His wife roots for the Twins, McCaughey for A’s, Giants and Mariners, Mills for the Braves.  “We’re full-on baseball geeks,” Wynn said. “We talk the talk and walk the walk.” Buck, he says, is the least baseball-obsessed and a fan “of whoever he finds most interesting at the time, usually the Washington Senators.” (Yes, the long-defunct Senators, not the Nationals.)

“It’s always more fun to have a team to get behind,” Wynn says. ‘The reality of it is — and I think everybody in the band would say the same thing — is we’re all just fans of baseball. We love the game, we love the history, we love the stories, we love being at the game, everything from single A to the majors, we love the whole thing. It’s why we do this. We each have a team we love and we all rib each other when we’re traveling around, but it’s baseball and baseball is fantastic and I got into the World Series last year like anybody.”

Last year, The Baseball Project managed a summer tour that had them playing gigs in 11 cities when the hometown team was playing. Thus, they saw lots of games. This year, the tour doesn’t synchronize quite so well – “a minor league all-star game, the Durham Bulls, a Cubs game, a Cards game – Fire the agent!”

One final perk comes every Tax Day, April 15. “I can write off baseball tickets!” says Wynn.

Jim Sullivan is a former pop music critic and feature writer for the Boston Globe. He runs the Boston arts and events website www.jimsullivanink.com.