Two decades after a Boston Globe reporter died from a preventable medical error in one of the nation's top hospitals, hundreds of thousands of patients in Massachusetts are still suffering as a result of medical mistakes.

A new survey finds that one in every four Massachusetts adults reports a mistake in their own medical care or that of someone close to them over the past five years — a rate that translates to more than a million people. Half of them say they or someone close to them suffered serious harm as a result.

The numbers come from a study commissioned by the Betsy Lehman Center for Patient Safety and Medical Error Reduction. It’s a state agency named for the Globe health columnist who died as a result of a massive chemotherapy overdose 20 years ago Wednesday.

The Lehman Center launched a renewed effort to reduce medical errors at an event Tuesday at the John F. Kennedy Presidential Library. The center, a state agency, was founded in 2004 but closed its doors in 2009 for lack of funding.

But now the center is up and running again, with $900,000 in annual state funding derived from a tax on medical institutions and health insurers.

The arresting new numbers on the impact of medical mishaps come from a Harvard School of Public Health poll, one of several studies commissioned by the Lehman Center and released Tuesday.

“If you translate our poll findings into absolute lives and numbers, approximately 1.2 million people in the commonwealth either experienced a medical error or had someone close to them experience a medical error over the last five years,” says Robert Blendon, who conducted the survey. 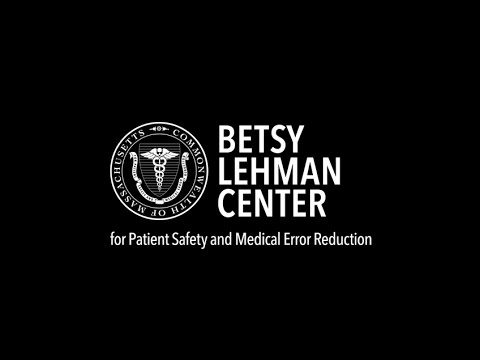 Blendon says the results suggest about 600,000 people suffer “serious health consequences” as a result of medical errors. Half the respondents told the Harvard researches the errors involved misdiagnosis, while many also report they got the wrong operation, drug, dosage, test or treatment. Other frequent errors involve infections that occurred as the result of patient care, and wrong or unclear instructions about followup care.

It’s strong evidence, experts in patient safety say, that the national movement to prevent medical errors has fallen far short of its goals.

At the same time, federal health officials on Tuesday released new data that suggest the national rate of medical errors has begun to decline. The report, by the Department of Health and Human Services, says the declining rate means that 50,000 fewer Americans died because of medical errors between 2010 and 2013 than otherwise would have.

'It Could Happen To Anyone'

Lehman’s fatal overdose, detailed in the Globe by this reporter, helped launch a national movement to prevent medical mistakes. It’s cited in the very first sentence of a landmark 1999 report on medical errors by the National Institute of Medicine.

“When Betsy died it came as a great shock to everyone that something like that could happen,” says Barbara Fain, executive director of the Lehman Center. “One of the lessons is that if this could happen to Betsy, it could happen to anyone.”

Lehman, who suffered from breast cancer, was given four times the intended dose of a potent chemotherapy drug over a four-day period during a stem cell transplant. She was close to being discharged from Dana-Farber when she suddenly died. She was 39 years old.

Another woman on the same experimental treatment program, school teacher Maureen Bateman of North Andover, received the same overdose. It caused severe heart damage, but Bateman survived for two-and-a-half years before dying of cancer at the age of 55.

The overdoses spurred reforms at Dana-Farber — and many other hospitals — designed to prevent medical errors.

They also sparked a decade-long legal battle over whether this reporter and the Globe had the right to withhold the identity of anonymous sources used in the coverage. After refusing to disclose sources, the courts denied the newspaper and its reporter the right to defend themselves against a libel charge by a doctor involved in Lehman's care.

Betsy's daughter, Laura Distel, who was 3 years old when her mother died, is now a research coordinator at Massachusetts General Hospital who plans to become a psychologist. Her other daughter, Emily, 27, works for UNICEF in Los Angeles.

Laura Distel said she welcomes the relaunch of the center that bears her mother's name.

"I hope this never happens to any other family," Distel said in an interview. At the same time, she acknowledged that the day when patients are safe from medical mistakes is still far off.

"I'm horrified by those numbers," she said, referring to the new Harvard poll. "But I'm not super surprised. Talking to people about patient safety has led me to believe that not much has changed in the last 20 years."

More Than A Million

Fain says she was both “surprised and not surprised” by the numbers suggesting that more than a million Massachusetts adults have had direct experience with medical errors over the past five years.

“Those kinds of numbers are really astonishing. It almost seems unbelievable,” Fain said in an interview. “But on the other hand, they’re consistent with other data we’ve seen on this. And then, when you talk to people, it seems everyone has a story — whether it’s themselves, a family member, a friend.”

Fain cited the 1999 Institute of Medicine study, which estimated that close to 100,000 Americans die from preventable medical errors every year.

But that may be a gross underestimate. A 2013 update estimates that 200,000 to 440,000 Americans die each year as a result of “preventable harm” in hospitals. That would make medical errors the nation’s third-leading cause of death, after heart disease and cancer. The same study estimates that U.S. hospital patients suffer 8 million serious non-fatal injuries per year.

A 2003 study of Massachusetts hospital patients came up with a frequency of medical errors that exactly matches the one-in-four figure in the new Harvard poll.

Researchers interviewed people who had been hospitalized in 16 institutions about their own experience and checked it against medical records. Twenty-three percent said they’d had at least one “adverse event,” although only about half of those were documented in their record.

“The rate of adverse events in hospitals and other places seems to be sort of unchangeable,” says Dr. Eric Schneider of the RAND Corporation, a co-author of the 2003 study.

Schneider led another study, recently commissioned by the Betsy Lehman Center, that finds widespread worry and dissatisfaction within the Massachusetts medical community and consumer advocates about the failure to prevent most medical mishaps.

“It’s been frustratingly slow for many experts,” Schneider said in an interview. “The stakeholders expressed the view that we’ve made small steps but there’s so much more to solve. There’s a sense that things haven’t necessarily gotten better” in the 20 years since Betsy Lehman’s death touched off a movement to prevent medical errors.

In fact, Fain and Schneider say no one really knows how big the problem is, despite a 2004 law that requires medical institutions to report more than two dozen types of serious medical errors to the state health department within 30 days of their occurrence.

Experts call these “never events,” meaning they should never occur. They include such mishaps as operating on the wrong body part or wrong patient, performing the wrong surgery, or leaving a surgical tool or sponge inside a patient. Other “never events” include death or serious injury from such errors as a contaminated device or drug, giving the wrong drug or dose, failure to follow up on test results, or a fall.

In 2013, the latest year for which numbers are available, 753 such “serious reportable events” were logged by the health department, up from 444 the previous year.

“By a back-of-the-envelope calculation, you would guess that these should be in the thousands of reports every year,” Schneider says.

He points out that some Massachusetts hospitals “don’t usually report any events, and we know that can’t be the case. Nobody can get to zero on this list of events.”

Half of those in the new Harvard survey who said they had personal experience with medical errors said the problem was misdiagnosis. Between 30 and 40 percent said the error involved the wrong test, surgery or treatment; getting the wrong drug or incorrect dose; acquiring an infection due to their treatment; or being given wrong or incorrect instructions about follow-up care.

He points out that more than half those who said they had personal experience with medical errors reported the problem, usually to their caregivers. About 40 percent didn’t report the error, and two-thirds of those said it was because they didn’t think it would do any good.

Blendon says the vast majority of those who reported medical errors “wouldn’t do that, I think, if they didn’t think there was something quite serious involved. And remember, we interviewed them after they reported it. So if somebody had said to them, ‘No, this really wasn’t a mistake,’ they wouldn’t be saying to us, ‘Yes, it was a mistake’…and they wanted something done about it.”

Of those who reported an error to a hospital or caregiver, nine out of 10 said they did it in hopes it would prevent something similar happening to another patient. Only 17 percent said they hoped to get financial compensation. This is consistent with studies that show the rate of medical malpractice claims is not a good barometer of medical error.

Fain agrees that official reports of medical errors are woefully inadequate. “We’re only seeing a tiny percentage of the full range of medical harm that is happening,” she says.

Underreporting of errors was a major topic when the Betsy Lehman Center recently convened a series of roundtable discussions involving about 100 medical community and consumer representatives. Fain says participants were surprisingly candid about medical errors and conveyed “a real urgency” about making more progress to prevent them.

“One of the questions people are grappling with is what kind of reporting should be happening,” Fain says. “What should we be measuring? Who should be reporting what and to whom? Who should have access to that information? These are all open questions.”

Public disclosure of medical errors is a hot-button issue. Some argue that detailed disclosure of errors, as in Betsy Lehman’s case, can have a galvanizing effect. Others say that “blaming and shaming” can make medical professionals unwilling to report mishaps and drive the problem underground.

Fain acknowledges that nondisclosure hasn’t worked — that involving only health care insiders and state bureaucrats is not getting the job done.

“We do need to get beyond the inside game,” she says. “The doors need to be thrown open and other voices need to be heard — particularly the consumer voice.”

But that doesn’t mean, she adds, that names and details of particular errors need to be made public.

“If there were some meaningful way to compare health care providers based on the safety and quality of their care, as a consumer myself I would like to have access to that kind of information,” Fain says. “And greater transparency tends to lead to greater accountability.”

The new Harvard poll finds overwhelming support for more disclosure of medical errors. More than nine out of 10 surveyed say hospitals, doctors and nursing homes should be required to disclose errors to the patients involved and to a state agency. Ninety-four percent say the public should be able to find out the number and type of errors made by individual hospitals and doctors.

Schneider thinks patients should be enlisted “as eyes and ears to help health providers understand where the risks are.” But right now, people don’t know how to report errors, he says, “or they may be afraid to share that information because they don’t want to get anyone in trouble or they don’t want to be retaliated against.”

“At the end of the day,” Schneider says, “we don’t have the kind of monitoring that tells us reliably that Hospital A is doing a better job of error prevention than Hospital B.”