It’s an astonishing thing to watch Matt Lorenz, the architect and sole member of The Suitcase Junket, perform. For just one guy, he stirs up a considerable racket, his raspy voice and jangly guitar enlarged and distorted through two ancient Gibson amplifiers. Perched atop an empty accordion case, which also doubles as a bass drum, he manipulates a host of percussive instruments clustered at his feet. They are empty gas cans and dented cook pots, castaways pilfered from dumpsters and back alleys, any memory of their original purpose erased in the exuberant and frenzied compulsion to make noise.

What’s impressive is not merely the complexity of the endeavor—Lorenz sings, strums and plays up to four instruments with his feet at once—but how utterly he is able to transcend the mechanical minutiae. Close your eyes, and you’ll hear a garage rock band, complete with a drum set and growling, overdriven guitars. Lorenz writes athletic songs with indelible hooks, and he can bring it down, too, picking out warbling melodies with his fingers. His voice is sinewy and rough and expressive—shades of Dylan, but with a sense of melody. Every once in a while he lets loose a series of piercing notes that sound like the ventings of a souped-up harmonica and hover in the air momentarily before they dissipate.

Lorenz, who performs at the Lizard Lounge in Cambridge on Jan. 17, remembers The Suitcase Junket beginning with a moldy, beat-up guitar that he fished out of a dumpster at Hampshire College in Amherst, the town where he lives. 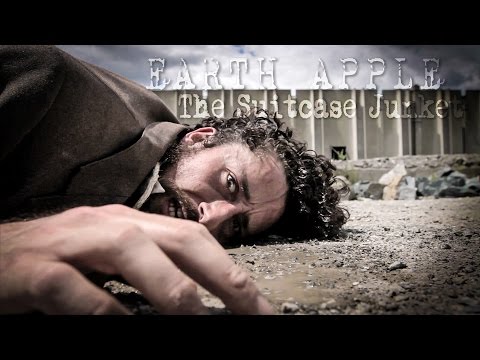 “[The guitar’s] got this really buzzy, dark sound,” he says. “And I put it in an open tuning, which I hadn’t really played with before, and then this overtone singing thing that I’d been messing around with, pretty much exclusively in the car, all of a sudden had a place to go.”

The overtone singing is perhaps the most distinctive element of The Suitcase Junket, though by no means its hallmark. The technique, also known as throat singing, employs the harmonic overtones of the sound waves produced by vocal chords, essentially allowing a performer to sing two notes at once: a drone and a series of high-pitched tones. It is found in a number of folk traditions, most famously those from Tuva and Mongolia, but Lorenz stumbled upon it quite by accident. He had been taking a South Indian cooking class and was playing around with some of the sounds required to pronounce the dishes (retroflex consonants, for the linguistics nerds out there) when he discovered that he could produce an ear-splitting whistling sound at the same time.

“I was pretty shy about it, because I thought it sounded pretty bad for the most part,” he remembers. “It sounded weird and not OK and not good so I was really secretive about getting it together. And those first shows where I did it for people were some of the more terrifying moments of my life.”

The overtone singing comes in especially handy in a live setting, because it allows Lorenz to fill in the space where another instrument would take a solo. He uses the effect more sparingly on his new album, “Make Time,” placing the emphasis instead on the rugged locution of both his voice and guitar. 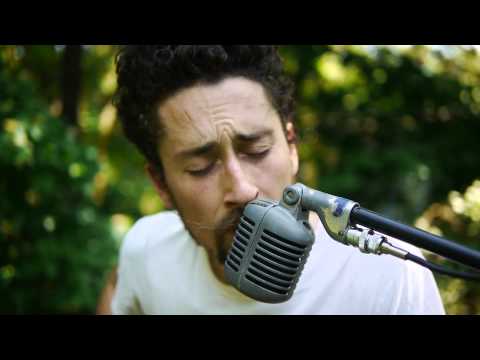 “Make Time” was recorded with the aid of engineer Justin Pizzoferrato, whose previous collaborators include Dinosaur Jr., the Pixies and Thurston Moore. The songs on “Make Time” are basically live renditions with few overdubs and a lot of mixing tricks. Pizzoferrato wisely recognizes that Lorenz’s eccentric collection of found percussion pieces—which rattle and whir and generally confound one’s sense of what drums should sound like—work best in the background, where they can lend support and just a touch of oddness.

“That’s one of the states that I like as a listener, is when you can recognize that something is an acoustic sound ... but you don’t know what it is,” says Lorenz. He points to Tom Waits’s use of the violinophone, a violin-trumpet hybrid with a nasal timbre, as an inspiration.

“It sounds like a violin, and you’re like, ‘Oh yeah, that’s a string, that’s a bow and a string.’ But then there’s this sort of human voice quality to it,” he explains. “[It’s] that thing where your body and your mind are sort of tensing a little bit, in search of, ‘What is that sound?’ It’s one of those things that, since electronic music has come around, everyone can just relax. Like, ‘Oh, it’s probably just a computer.’ And that’s fine, but also, I don’t want that. I want people to be off when they’re listening.”

But the best thing about the one-man band, according to Lorenz—who is also a member of the folk rock trio Rusty Belle—is the musical liberty it provides.

“There’s a freedom of momentary expression that would be unfair to do in a group,” he remarks. “Not to say that I wouldn’t do it, ‘cause I would, I would throw everybody off and go off in this other direction. And it just created more problems than exciting moments. And so with the solo thing I can just, you know, do a break wherever I want. And kind of change tempo and drag the song.”

On “Broken,” the penultimate track on “Make Time,” he mines that sense of freedom to simultaneously glorious and excruciating effect. The song is a crescendoing ballad that would feel at home on piano with surging strings, and the story it tells is a familiar one: a couple breaks up, and everyone feels terrible. The chorus is simple, almost bare; just the word “broken” set to an urgent, syncopated rhythm over ascending chords.

Then the drums kick in and the guitar begins to roar, and Lorenz reaches his punch line. It is an arch, yet heartfelt, acknowledgement of the ordinariness of the song’s conceit. “It ain’t complicated, it just hurts,” he wails, bending his voice up and up, into the cusp of his vocal range, where pain lives, along with release.