When you picture an environmentalist, who comes to mind? Al Gore? Ralph Nader? Maybe a bearded dude from Greenpeace canvassing on the street?

Well, some young environmental crusaders are taking action in Lexington, and they've been inspired by short, kid-centric documentaries that are screening at the Belmont World Film Family Festival this weekend.

When I arrive at Alice Van Evera’s house in Lexington she and Mari McBride are dying to share a catch phrase they dreamed up for their three-kid environmental group.

"OK, literally two seconds ago before you got here we decided we needed a motto," they admit, laughing. "So the motto is, 'Save tomorrow by helping today.' ”

As third graders two years ago, Van Evera, McBride and their friend Lily Georgeopolous formed their group called Save Tomorrow after watching films in a series called, “Young Voices for the Planet.” One follows 11-year-old Felix Finkbeiner's quest to plant 1 million trees in Germany as a way to reduce greenhouse gases.

In the film the young boy explains, "Each tree that we plant takes up 10 kilos of CO2 every year, and each tree is a symbol of climate justice." 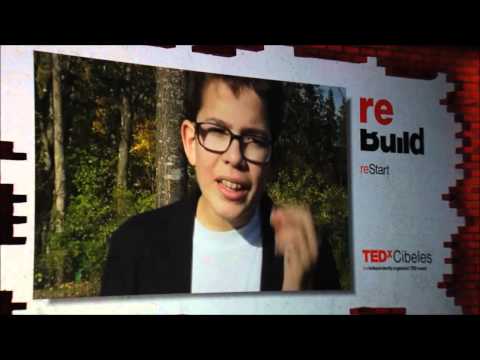 Van Evera says watching it gave her an epiphany.

"I was like, 'If they’re doing it then I can do it!' And it was really cool. I realized my potential sort of," she said.

"It’s one thing to hear about children, but it’s another thing to see children in action," according to Ellen Gitelman. That's why she included them in the Belmont World Film Family Festival as part of the "It's Easy To Be Green" program on Sunday morning. It includes environmental shorts for kids, including two from the "Young Voices for the Planet" series that inspired the girls in Lexington two years ago. And Gitelman invited Van Evera to take part in a post-screening Q&A.

One of the docs being shown is called “Olivia’s Birds and the Oil Spill." It's about a girl from New York who raised $200,000 to help clean sea birds after the BP oil spill disaster.

"Kids have tremendous power," said Cape Cod filmmaker Lynne Cherry. She directs the "Young Voices for the Planet Series" but is probably best known for her children's book about the Amazon rain forest called "The Great Kapok Tree."

Reflecting on her films, Cherry says when kids get behind environmental causes it can tap into grownups' guilt. She's been involved with kids groups for 30 years.

"When we try to save a woods or stop pollution in a river, and the kids get up to testify [and they say], ‘We just want this river the way it was when you were kids. You could fish in it, you could swim in it, you could drink it,'" Cherry explains. "What do they say to that? They’re like a moral compass." 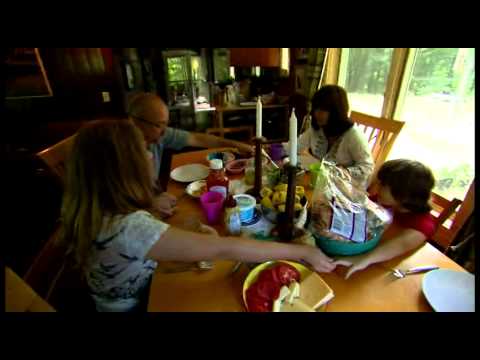 It was two years ago that Van Evera and her friends testified in front of the Lexington Board of Selectmen to change restrictions for solar panels on public buildings. It was broadcast on the town's public access station.

"It was scary," Van Evera and McBride recall. "We were ready though. It felt sort of unreal."

With their prepared remarks in their little hands, Van Evera addressed the room of "old people" (their words).

"Three of us from Save Tomorrow are here tonight to support Article 29. Climate change is a growing danger to humans and animal life on earth ..."

Watching their third grade selves two years later they exclaim, "We look tiny! And our voices were really high!"

They went on to make their case for solar, and ended with a quote from "The Lorax."

"And remember, as Dr. Suess said, 'Unless someone like you cares a whole awful lot, nothing is going to get better, it's not.'"

The room erupted in applause (which supposedly isn't allowed during town meetings).

The solar panel article passed unanimously. Fact is though, it would’ve passed even if the girls didn’t testify. But Mark Sandeen of the committee Solarize Lexington says that’s not the point.

"Getting up in front of town meeting when you’re a third grader and speaking in front of a group of 300 people changes you for the rest of your life," he said. "And I think you see this happening with these girls now, two years later. They’re still actively working to make the world a better place."

Sandeen credits the three girls for their part in making the second-largest school rooftop solar project in Massachusetts a reality. They've also joined a successful effort to protect forest land from development and added their voice to get palm oil removed from Girl Scout Cookies.

Not bad for a bunch of kids.

The Belmont World Film Family Festival runs Friday through Monday at the West Newton Cinema and the Regent Theatre in Arlington.