Second in an occasional series we’re calling "Suicide: A Crisis In The Shadows"

BEVERLY, Mass. — From an early age, Nancy ("Nan") Cavanaugh, of Beverly, stood out.

"Nan was a spitfire. She was just a little towhead who made everybody laugh," says Nan's mother, Ellen Dalton.

Dalton filled albums with pictures of her middle daughter dressed up in costumes and goofing around.

"She loved to perform. She had this big booming voice. And she would get on the table and sing 'Oh Shenandoah' and get us all kind of going," Dalton recalls. "She was a great friend. She had such passion."

In high school, she was the loudest at pep rallies and won spirit awards, her family says.

But maybe that was a way for her to mask her pain. From the time she was young, Nan showed signs of obsessive compulsive disorder, anxiety and depression. Her mother says doctors minimized her ritualistic behaviors and anxieties when she was young, and she only started getting counseling in high school.

"But she was never really willing. She would do it because we kind of insisted for a while," her mother says. "She was on medication, and I think that helped smooth things out a little bit. But she had said on a few occasions, 'I'm always going to have to be taking this. And I can't. I don't want to do this.' "

Cavanaugh would stop taking her meds, but then her mood would change drastically and that would scare her, her family says.

But then she was a young adult, heading off to college at UMass Amherst. She was pulling away from the family in her behaviors, they say. And because of her age, her parents had difficulty intervening in her medical care.

"I had one conversation with a psychiatrist who said, 'She needs to call me herself,' and another one said, 'I think she's too high risk for me to deal with,' Dalton recounts. "Well, I mean, you know, if you're in the business you've got to deal with the high risk."

Three times during college and grad school, in 2008 and 2011, Nan overdosed on pills. But doctors would immediately release her, with just the phone number of a therapist to call. Her family says that isn't good enough for someone in crisis, who might easily hide the depths of his or her despair.

"She could flip very quickly and talk her way out of things," says Nan's older sister, Jessica Palm. "No one around her knew that she had this struggle. She was able to put on a happy face and talk through things very easily when she needed to. And I think that only because we were around her more than other people, we were able to really see the darker side of what was going on in her head."

Just weeks before Cavanaugh was set to receive her master's degree in the spring of 2012, her father, who's divorced from her mother, drove out to western Massachusetts because he was worried about her. Her relationship with her boyfriend seemed to be on the way out, and the boyfriend had expressed concern.

But Cavanaugh convinced her father she was fine. Two days later, her mother received an ominous message from her.

"That night I got a text saying, 'I love you all,' and I immediately called her father and said, 'This isn’t good. I’m very worried.' ”

They sent police to check on Nan. The 24-year-old had already taken her life. 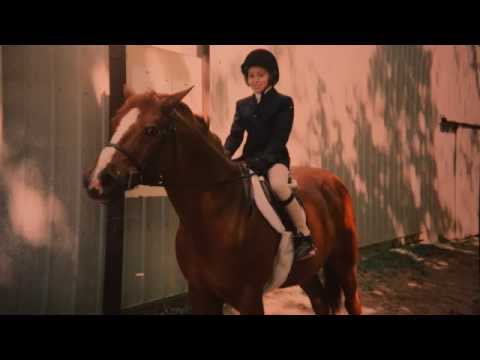 "There’s just a big huge hole in my heart every day," her mother reflects. "I constantly second guess myself: 'What if I had done this or if I had said this, or if I hadn’t said this, would it be different?' Huge guilt, huge guilt. My kid. You need to protect your kids, and I should have been able to save her."

Dalton imagines how overwhelming it must have been for Nan: branching out into a career, though she loved helping others, a relationship ending. A week before her death there was a possible clue to how desperate she had become, in a message to her sister, who was getting married the following fall.

"She had sent me a text telling me that I should find another bridesmaid. She just had too much going on," Palm recalls. "And I waited a while to text her back because I thought she was just being difficult. And I texted her back, and I said, 'No. You’re my sister. I love you. I want you to be in the wedding.' And I never heard back from her."

One of the lessons Cavanaugh's family has taken away from her suicide is that they wish they had somehow made more clear in their words and actions that she fit in — that she was a critical part of their family, not an outcast.

"Me personally, I don't think I was supportive enough of her in her struggles," Palm says. "Not talking about what was going on with her is probably one thing where we could have helped her more. Just realizing that, 'You know, you're not different. We'll all go to therapy. We'll all go with you.' "

Nan's younger sister Laura Cavanaugh is a psychiatric nurse. She believes despite the immediate family's efforts to help Nan, they could have done more.

"We avoided it, or we tiptoed around it," she says. "It was so scary to bring it up sometimes. But you need to bring it up and you need to talk about it. And I think just that will knock down so many walls of the stigma of mental illness."

Dalton says she doubts she could have had Nan committed to a hospital by a court, because Nan was so good at appearing OK.

It's a dance for so many families: fighting to get help for a loved one who can't see any light on the other side of his or her pain.