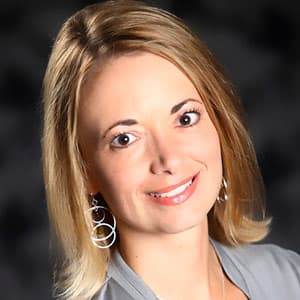 Lynn Jolicoeur is the field producer for WBUR's All Things Considered. In that role, she researches, produces, writes and edits feature stories and interview segments for the signature evening news program. She also reports for the station's various local news broadcasts and previously worked as a freelance producer for the national shows Here & Now and On Point.

Prior to joining WBUR, Lynn worked as a television news reporter and anchor for 18 years. Her career took her to four stations in the Midwest and New England, most recently Boston’s WCVB-TV. While working for a station in Ohio, she was the only local television journalist to report from the scene of the Oklahoma City bombing. In Connecticut, her investigative stories resulted in amendments to two state laws protecting consumers and crime victims, and indirectly led to the value of a major credit card company’s stock plummeting $3 billion in one day.

Lynn is the winner of numerous journalism awards, including a Boston/New England regional Emmy for Outstanding Achievement in News Reporting. She obtained a journalism degree from Boston University.

Outside the world of news, Lynn has two very fun “gigs.” She is a singer, fronting her own band that performs jazz and pop music at clubs, restaurants, and functions; and she is the mother of twins. She and her children live in the MetroWest area.