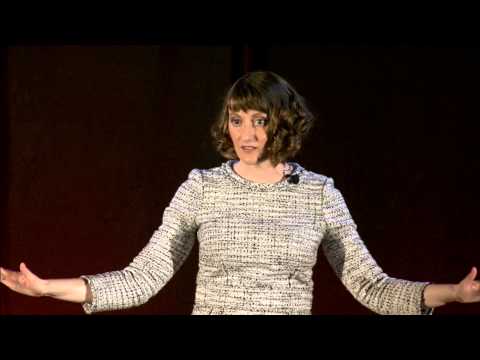 I met J in the Emergency Department. Dark red blood was oozing out of self-inflicted deep lacerations to her forearms. The surgical team was consulted and the cuts were debrided, cleaned, stitched and neatly bandaged. J was patched up. But she was not healed. Her wounds ran deeper than a surgeon’s instruments could access.

Together, we had a thoughtful conversation that included a review of her suicidal thoughts, intermittent hallucinations and innermost feelings. These vacillated unpredictably between anger and worthlessness. I informed J that she was going to be admitted to the psychiatric unit for her safety and treatment.

“Locked up?!” These are typical words expressed by patients who learn that they are going to be admitted involuntarily to the psychiatric unit. When J heard this news, her own tear-stained face scrunched up in an expression of horror. After several minutes of pleading, she finally resigned herself to the plan.

A nurse came into the room and took J’s phone. She took her sweater, her belt and the laces from her shoes. J stripped down into a standard hospital gown. It is common for patients to make one last plea and many have told me that they fear the psychiatric unit is analogous to prison.

J is representative of the many patients whom I treat on a day-to-day basis. She is a composite of those actual people who suffer from serious mental illnesses ranging from psychotic and mood disorders to personality disorders that require hospital level care.

Not Your Mother's Psych Ward
The days of psychiatrists wantonly locking up patients like J against their will are long gone. They have been replaced by a legal process called civil commitment that firmly puts patients’ rights first. Yes, J was being admitted against her will, but she would retain her power to make treatment decisions, summons legal counsel, and even have a hearing with a judge. These safeguards apply to patients like J who are mentally ill and at risk of harm to themselves or others as a direct result of mental illness.

We know about the extreme cases of mental illness — those who involuntarily get locked on a psychiatric unit. An estimated one-quarter of the United States population will suffer from mental illness. But what about those people whom we never hear about? Far too many people, victims of stigma, neglect treatment and suffer in the isolating silence of darkness. They are compelled to withdraw because of fear and shame.

Driving much of that stigma is the fantasy of what happens behind that infamous locked door. Images from “One Flew Over the Cuckoo’s Nest” fill people’s imaginations, as do fantasies of the “shock therapy” room, which many incorrectly think is a place of punishment and not treatment.

Helping patients like J and their families recreate balanced lives provides me with a daily reminder of the beauty, heartache and possibility that define living with a mental illness.

Historically, patients diagnosed with a severe mental illness experienced a poor prognosis marked by early death.  Even worse, some faced indefinite commitment to the mental hospital.  Whether patients accepted help or chose to forego treatment, the results were equally grim.  Those who took heavy-duty medications, for example, often experienced side effects, arguably worse than the disease itself.

Older medications, for example, might have given patients involuntary spasms, thus necessitating other drugs. So began the Whack-A-Mole regimen of living with a mental illness. Psychotropic pills promised to slow the ravaging of the cerebral cortex, but they would wallop the heart and liver, requiring another pill, which put something else at risk — and so on and on.

This was not J’s fate — fortunately attitudes and treatments have changed. For the most part, inpatient admissions are brief, the medications are more targeted and benign, and all of it is complemented by daily therapy — just as important as medicines, if not more.

The Reality of the Locked Ward

So what happens to patients like J who are committed for brief stints on a locked ward?

Multidisciplinary teams of dedicated doctors, nurses, therapists and social workers meet with the patients. We encourage patient-centered care, because this is how people become engaged and follow-through with aftercare plans. As George Bernard Shaw put it, “Life isn’t about finding yourself. Life is about creating yourself.” And this applies to the mentally ill just as much as to everybody else.

On the inpatient psychiatry unit where I work, everyday patients cross our threshold finding themselves behind a locked door. But I am pleased to say that overwhelmingly, these same patients are creating bright futures.

Healing is a process and a good inpatient psychiatry experience can be pivotal to the ongoing work that occurs outside of the hospital. For that reason, we make decisions together as a team about medications, therapy, safety plans and discharge decisions.

The vast majorities of patients, who are admitted against their will, quickly see the benefits of working with their team and end up agreeing to voluntary treatment.

There is acceptance, happiness, motivation and assertiveness — and this is all coming from the patients! I have marveled at how individuals with mental illness are able to turn their so-called liabilities (mood swings, anxieties, obsessions) into strengths.

J’s hallucinations, for example, had preoccupied her thoughts and actions for months before she cut herself. Maximizing her inner reserves, however, she was eventually able to convert her fear of these voices into power. Gradually, she began to talk back while asserting all of the reasons why she was worthwhile and important. By leveraging her ability to feel passionate emotions like rage, J transformed her symptoms into an important quality that became one of her greatest assets — courage.

Before traversing our locked door, patients like J wondered if the psychiatric unit was going to be similar to a prison. It’s true that belongings are locked up and there are strict rules and regulations about things as ordinary as phone calls, wardrobes, and bedtimes. Hearing the rattling keys of the staff that come and go adds to a bustling environment of busy clinicians that, I admit, could intensify a prison atmosphere.  It might also suggest a power differential. But patients like J may feel differently. Rather than being at the mercy of providers, patients often experience empowerment in their care.

We offer a lot on the inpatient unit, but it is up to the patients to avail themselves of their clinicians, therapies, families and opportunities. J did just that.

Patients put in the hard work and fight through their own judgments and despair.  Not an easy thing to do, considering that it was a life and death situation that got them onto the unit in the first place.  Reconciling the tension between loss of freedom and the desire to break free from the imposed barriers of one’s illness is vital.  When all of these things do fall into place, patients can emerge from their darkest days and move forward with more functional lives. Some don't but many do.

J left the locked unit with renewed energy and hope.

Such developments reflects the resiliency and positivity that can arise from the most vulnerable individuals who, despite adversity, invest in their own health and wellness.

And when this happens, I see the beauty in what transpires from being truly committed.

Dr. Helen M. Farrell is a psychiatrist at Beth Israel Deaconess Medical Center in Boston, a forensic psychiatrist and an instructor at Harvard Medical School.