Mary Esther Rohman, of Belmont, knows what it means to hit rock bottom — or worse. As she describes it, the bottom fell out. "They wanted to lock me up in a state hospital and throw away the key as being incurable," Rohman recalls.

She tried to kill herself many times starting in her late 30s. But thanks to the right depression treatment, self-motivation and a sweet twist of fate, at the age of 67, Rohman is in a very different place.

"When I was 55 I met my soulmate, and I'm so happy!" Rohman says. "You never can tell what life is going to bring you. You've got to wait and see what the next chapter is going to be."

Miller made several suicide attempts. But he recovered, turning his mental suffering into a force to help himself and others. 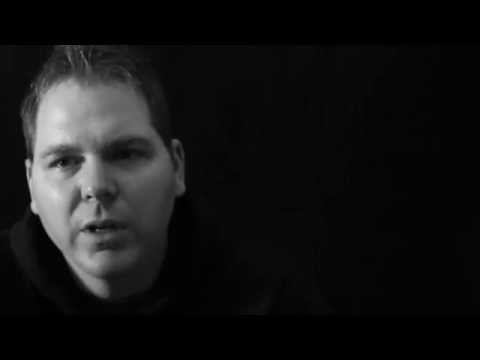 Both Miller and Rohman experienced serious childhood trauma. Rohman's alcoholic father died when she was 10. She says her mother was a prescription drug addict and alcoholic who neglected her. The two became homeless. She started abusing her mother's pills when she was 13.

"I was really angry. I was furious. I hated everybody. So I ended up hating myself," Rohman says.

Miller, who is now 39, says he was molested by a man in his neighborhood from the age of 6 to about 12.

"A lot of the incidents occurred in a crawl space beneath my house," Miller recalls. "So there were times when these issues were going on, and I could hear my family above me and I could hear the footsteps. It was very dark circumstances."

On top of it, he says, kids in the neighborhood knew about the sexual abuse and bullied him for it.

By his teen years, Miller was wracked by obsessive compulsive disorder, depression and anxiety. His family's home life was turbulent. His mother tried to help him by taking him to support groups. He was hospitalized five times as a teen for suicidal thoughts and OCD. But his last and most serious suicide attempt — which left him clinging to life at the age of 20 — was a wake-up call.

"To say, 'All right, if I’m going to live and I’m going to move forward with the rest of my life, I have to figure out how to do it with the past that I have,' " Miller remembers.

He says he dove into meditation and a 15-year journey of self-discovery. He made it a hobby to break open and dissect his emotions. He reached out for counseling at times he felt overwhelmed. And though he isn't recommending this to anyone else, he says, he didn't take psychiatric medications in those initial years. He sometimes takes anti-depressants now.

"I made myself the No. 1 priority in the world," Miller reflects. "I made getting well the biggest thing I could possibly focus on. More than anything, I found purpose in my pain. "

Survivors Now A 'Voice At The Table'

For every person who dies by suicide, an estimated 25 people attempt to take their own lives, according to the Centers for Disease Control. That's about a million suicide attempts a year in the United States. And close to half-a-million people a year end up in hospital emergency rooms following suicide attempts and other self-harming behaviors.

But until the last year or so, the experiences of suicide attempt survivors were largely excluded from suicide prevention work.

Debbie Helms, the director of Samaritans of Merrimack Valley, says that was due to fear.

"I think the fear was that [suicide attempt survivors] might still be at risk, would they be safe talking about it with people, liability, all these different kinds of issues," Helms explains. "And I think enough has been done so far to say they have a very, very good voice at the table. They have that information that everybody else needs to get on board with policymaking and trying to get more resources out there."

Suicide prevention organizations have begun creating special divisions for suicide attempt survivors. A national group had attempt survivors draw up recommendations for how to help those who are suicidal. Attempt survivors are creating websites to share their stories, and support groups are popping up around the country — including a few in Massachusetts.

Miller facilitates one of those support groups. He also wrote a memoir that he says was a huge part of his healing. Since then, he's been invited to speak around the country about climbing from the depths of suicidal thinking.

Both Rohman and Miller share the message that most depression is treatable. Though hard to see when in the throes, there is hope.

"I get to speak and help people. I mean, that is an incredible feeling. And I have this incredible support system around me. My wife is absolutely amazing. My kids are wonderful. I have a great job, a great career," he says. "Things are completely different now. And I think that positive message needs to be louder and louder and more prevalent in the suicide prevention community."

For Rohman, the journey of self-discovery began when she was working on a master's degree in sociology and then a PhD in social welfare policy. She had gotten through college despite doing a lot of drugs and drinking. Her graduate research was related to alcoholism.

So she became sober. And she immediately fell into a deep depression. In the next few years she became suicidal, had to quit her job, and went on Social Security Disability Insurance. Her mother who had neglected her as a child came to take care of her. She was hospitalized several times on around-the-clock watch.

"I didn't speak, which is hard to believe now. But I didn't speak for many years. I was so withdrawn and pulled into myself," Rohman says.

No medication seemed to help, until one doctor suggested something unconventional — the drug Ritalin, which is typically prescribed for Attention Deficit/Hyperactivity Disorder.

"The Ritalin loosened my tongue so I could do talk therapy," Rohman explains.

That therapy was intensive — for years.

Someone also asked Rohman to become a mental health peer coach. She went through the training and met lots of other people with mental illness. They became her support network.

"It really helped convince me that there was really nothing wrong with me — that I was ill, but I wasn't bad or broken or incurable," Rohman says.

She made such a turnaround that she boldly gave up her disability payments and went back to work. She enjoyed 16 years working for the Massachusetts Department of Rehabilitation Services before retiring.

Rohman and Miller say they'll never be entirely free from thoughts of suicide. But they know how to manage the thoughts.

The two have advice for people who love someone who is suicidal.

"One: Support them as much as possible. Let them know that you are there for them, but don’t smother them," Miller says. "And two: Do not make them feel guilty for having suicidal thoughts and struggling with that."

"Ask them open-ended questions to get them to keep talking," Rohman suggests. "Just listen non-judgmentally and compassionately to what they have to say. It's not so much what you say as how you listen."

And, they say, share the message that most depression is treatable.

Though hard to see when in the throes of it, there is hope.