“I don’t think we competed in the pop market—ever; we have our own little niche.”

“We wanted to create mystery and foreboding moods,” Sley adds. “Plus, I was just learning to sing and Laura was just learning to play bass so we were very un-self-conscious. We had each other to weave our parts around. My voice was just another sound to be repeated. The intent of the band was to play tribal, funky dance music.”

Bush Tetras, which play the Sinclair Saturday, Aug. 8, have been an on-again/off-again band over the past three-and-a-half decades. This lineup features the three surviving original members, plus bassist Julia Murphy, who joined in 1997. (Kennedy was in and out of the band over the years and died of liver disease in 2011.)

Pop says the name of the band “is an amalgamation of Neon Tetras—Pat’s idea—and Bush Babies, mine. The result took on a life force of its own and could be interpreted in many different ways.”

Sley: “It was named after a tropical fish we liked and a tiny African primate that was particularly cute and we thought it sounded tribal.”

Hugo Burnham, original drummer for British post-punk stalwarts Gang of Four, recalls his first exposure to Bush Tetras’ music, when their jagged dance song “Too Many Creeps” made a big splash in clubland.

“From our English shores, the sound of Bush Tetras was both jarring and warming,” says Burnham. “Jarring because, well, it just was. And warming to my ears because Pat’s guitar playing was not a million miles away from our own angry, sonically annoying, percussive, nasty-funk playing [Gang of Four guitarist] Andy Gill. Like minds—how exciting. And women, too. OK, that’s not such a big deal today, but right then it was a bonus, even though it should not have mattered.” 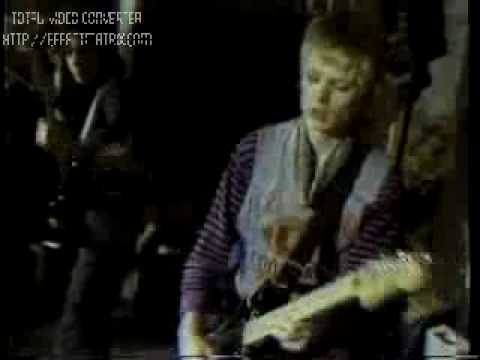 The early ‘80s were heady, adventurous times in the New York scene. Punk rock had kicked open a lot of doors and various strands of dissonant art-rock, reggae and funk had rushed in and found hungry audiences. Not large audiences, mind you, but that wasn’t necessarily the point. It was before MTV spread the smooth stylings of Duran Duran and Culture Club, before New Wave was marketed to Middle America, before a mainstream hit became the Holy Grail.

The first edition of Bush Tetras only lasted until 1983. Their heyday was, perhaps, just a brief moment in time—just after New York’s aggressively anti-commercial No Wave scene was ebbing—and they, like many others, had record company battles and intra-band strife.

“We imploded internally,” says Sley, “but we definitely felt overlooked by major labels who could have taken us to the next level of success. Our look and sound was very left-of-center. We had three girls fronting the band, and they didn't know what to do with us.”

They reconnected in 1995 (through 1998) and then again in 2005. There have been side projects and non-musical pursuits—Sley is an elementary schoolteacher and Place a visual artist—but Bush Tetras has persevered. They recorded the album “Beauty Lies” with producer Nona Hendryx in 1996 and the album “Happy” with producer Don Fleming, recorded in 1997 but not released until 2012. (Blame record company travails.) Bush Tetras plan to record again this fall.

The band can still pack clubs in their native city and hope the Boston area—where they haven’t played since touring with The Fall in 1998—responds the same way.

Bush Tetras have company in that bands from the late ‘70s and early ‘80s have regrouped to carry on in the 21st century. Consider: Buzzcocks, Blondie, Stiff Little Fingers, The Boomtown Rats, The Adicts, U.K. Subs, 999, The Damned, the Misfits, the Avengers and The Rezillos.

“I think that many of the bands during our era have appeal for the younger bands and audience now,” says Sley. “We’re geezers, but music is a bit timeless and the same things we sang about are still relevant. We continue to play as the chemistry doesn't seem to go away and it makes us unbelievably happy to play our songs.”

Pop credits the band’s reemergence today to its formative roots. “I see the original group as four people with similar outsider type backgrounds,” he says. “Together we found some sort of identity as people. What set us apart from other groups is that for the most part none of us had any formal background playing music. What we developed came in a very organic fashion. We all had a very similar sense of taste and influences and from that we borrowed what we could.

“I think to us it was the most accessible way of creating music. It wasn't a matter of right or wrong, but only of good or bad. It was something that was in our capability at that point.”

Sley cites James Brown and drummer and disco producer Bohannon as primary influences. Place, who came to Bush Tetras from James Chance’s agitated and oft-atonal band, The Contortions, notes, “James Chance was very into doing a twisted version of James Brown in regard to repetitive groove. Most of the other No Wave bands were not groove-oriented. I feel like I definitely brought that influence to the Bush Tetras and Dee was very good at coming up with danceable, groove drumming. I played almost only slide with James, but started using made-up chords in the Bush Tetras. I think we were going for the No Wave nihilism with the lyrics, while making it more accessible with the beats and rhythm.”

“Too Many Creeps” was an anti-anthem of sorts. “When we wrote this song the East Village was a pretty dangerous place,” Sley says, “so we definitely had to do dodge the dangerous creeps who were both hitting on us or hassling us about our androgynous looks or maybe even robbing you. We also felt the surge of bridge-and-tunnel people encroaching on our hood.”

Politics played a part in Bush Tetras attack, but Pop says, “The band was not overtly political. We did not have any specific political ideology. If anything it concerned personal politics and how we wanted to carry ourselves as people.”

“I think the band was inadvertently political,” adds Place. “We were former art students and ‘freaks’ in our own way—so I think just by being ourselves and doing something out of the norm becomes political. I would say we were implicitly political.”

Also implicit is the feminism. Place says the term itself is loaded now, “but women playing instruments in those days was not the norm, so I suppose doing something that was male-dominated could be considered feminist. Again, we were being ourselves. I did read Germaine Greer’s ‘The Female Eunuch’ when I was 17, so okay, I 'm a feminist!”

Pop says at the Sinclair Bush Tetras will draw from every phase of the band’s career: “Some material we wrote in the ‘90s is as strong and is as well-received as anything we wrote when we first started.”
Hugo Burnham, for one, is very much looking forward to the gig. Burnham, now an associate professor at New England Institute of Art, counts himself as a longtime friend of the Bush Tetras, fondly recalling a 1981 packed club gig with them in New York. He will DJ at the Sinclair (he calls his DJ persona Gang of One) before the show and between acts. The band simply called E opens, followed by Gene Dante and the Future Starlets.

“I saw Bush Tetras 35th Anniversary show in New York a few months ago,” Burnham says, “and that was every bit as jarring and exciting as it had been before. Like Gang of Four had been in 2005 for our reunion shows. I said to them that evening they had to come up to Boston to do it again.

“We may all be a little older than that first time,” Burnham adds, “but we all sound the same. Better, even. And just as noisy, rhythmic, sexy, button-pushing, and aggressive as ever.”