A musician sits on a platform high above the stage, entirely veiled by a curtain. Sounds swirl around, and images too — some projected, some emanating inscrutably from the instrument itself. The room itself becomes one large video screen. Cosmic scenery fills every sight line. Dramatically, the curtain lifts.

Sounds like a Pink Floyd concert from the '70s, doesn’t it? Actually it’s “Labyrinth,” a two-part installation by composer Paola Prestini, with additional creative input from sound, lighting and stage designers, the performers themselves, and a woman who seems to be behind almost every commissioned multimedia project these days, Beth Morrison.

“Labyrinth” gets staged in Boston Thursday, Feb. 4 at the Gardner Museum, the second of three Beth Morrison Project presentations this season in the museum’s Thursday evening Stir series. All involve multimedia stagings of works by contemporary composers — a Morrison trademark.

From her base in Brooklyn, Morrison oversees simultaneous presentations in New York, Los Angeles, Boston and farther afield.

“Most of my projects are on a bigger scale than at the Gardner,” Morrison says. “Things that have gotten much larger in size and scope — and cost. This is a chance to bring back a style of work I did earlier in my career, more of a chamber feel.”

Or “Kansas City Choir Boy,” a concept musical that ran on both coasts (including Cambridge’s A.R.T. last fall), featuring Todd Almond and Courtney Love. Or other multimedia touring installations like the post-apocalyptic "Collapse," or the animated big-band “Brooklyn Babylon.”

Morrison thinks big. Even a “chamber-style work,” as she calls it, like “Labyrinth” brings together the hippest collaborators: cellist Maya Beiser and violinist Tim Fain, instrument inventor Erika Harrsch, director Michael McQuilken, visual artist Carmen Kordas and Prestini, a composer/entrepreneur whose own production company, VisionIntoArt, often melds with Morrison’s own company to co-present.

The Gardner relationship, which began last December with the presentation of Sarah Kirkland Snider’s song-cycle “Penelope,” “is a chance to get this work out for more people to hear,” Morrison says. “Persona,” another multimedia opera, comes to the Gardner in May, and “we’re in discussions to continue this relationship next season,” Morrison says.

"I love the Gardner’s new space,” she says. “We haven’t worked out the programming, but next year will be on a similar scale as these projects. Things that are a little different.” Retired Gardner director Anne Hawley and music director Scott Nickrenz made the original overtures to Morrison. “They were interested in what I was doing, and we all thought it would work at the Gardner.”

The May concert in the Stir series, “Persona,” premiered in Brooklyn this past October, with seemingly everyone weighing in on its success (even Björk — “brilliant new opera” — had something to say). “Persona” was written by Cambridge-based composer Keeril Makan, with a libretto by Jay Scheib that is based on Ingmar Bergman’s psychologically layered film of the same name. MIT-based composer/conductor Evan Ziporyn leads the Either/Or ensemble, with four singers, featuring mezzo Amanda Crider.

Here's a sample of the Either/Or ensemble playing a Makan piece back in 2003: 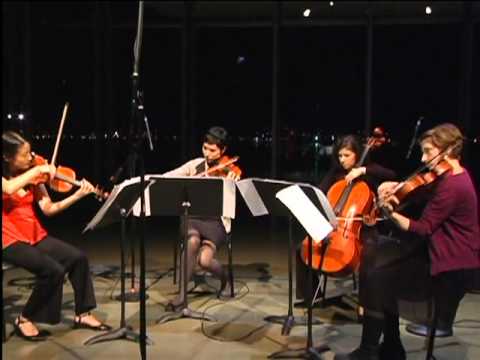 Also in Morrison’s Boston pipeline is the Ouroboros Trilogy — three operas that will be presented in a rotating cycle this September. “There’s been nothing of this complexity since the 'Ring Cycle,' ” Morrison says, with a bit of the promoter’s flair for hyperbole.

But just a bit. Capitalizing on the success of the Pulitzer Prize-winning opera “Madame White Snake,” which Opera Boston premiered in 2010, and which was taken to Beijing by Morrison’s company a year later, the Ouroboros Trilogy completes the triad of operas that the creators, Charles and Cerise Lim Jacobs, envisioned in the first place.

Prestini is at work on a part of the trilogy, entitled “Gilgamesh.” Scott Wheeler is composing another part, “Naga.” Both operas have been publicly workshopped at New England Conservatory and elsewhere over the past year, giving opera sharps a chance for a preview glimpse.

All three works will be presented at Emerson’s Cutler Majestic Theatre over the course of 10 days, first as an all-day, three-in-a-row marathon on Sept. 10, and then individually the following week. Like the Ouroboros myth of a tail-devouring snake, the trilogy has a circular order: Any of the three can be the “first” of the operas, and they will be presented in various configurations throughout the run.

An aria from the original "Madame White Snake": 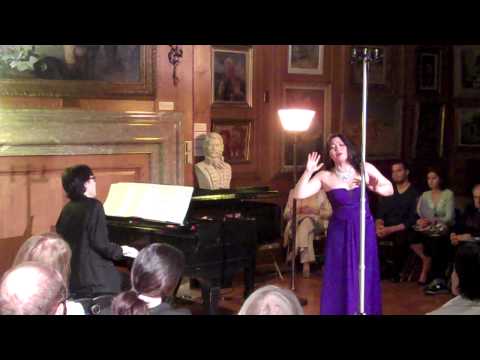 Nearly every major Boston arts organization plays some part in the Ouroboros Trilogy, co-commissioning, hosting, participating. The Celebrity Series, Boston Lyric Opera, ArtsEmerson, Boston Baroque, Boston Children’s Chorus — even the Boston Children’s Museum. The scope of the collaboration is impressive. “And I hope we can take ‘Ouroboros’ to China,” she says. “A cycle of commissions of this complexity certainly deserves it.”

It’s the model Morrison has followed in creating successful productions with opera companies from Philadelphia to Los Angeles to Fort Worth to San Francisco.

“Raising money is a huge challenge,” she says. “We’re a flexible business model. Based on our projects, what we have touring and commissioned, we were over $1 million last year, and over $2 million this year. I’m not sure that’s going to be where we stay — we have to be flexible. It’s a close-knit family that supports the work.”

Still, she looks ahead. Four upcoming commissions — opera compositions by Julian Wachner and Dan Visconti, a kung fu puppet theater piece and another based on a space probe — ensure Morrison’s presence in Boston till the end of the decade, at least.