Big names are signing on, including Spotify, Pandora, YouTube, Netflix, Soundcloud, NPR (and WBUR), as well as major record label/entertainment groups Sony, Universal and Warner. If it succeeds, this broad constellation of players believes it could change the many-layered, multi-organism music ecosystem as we know it.

“There’s hardly a day when you pick up the newspaper and you’re not reading about yet another lawsuit that is happening in the industry,” he said, “or yet another situation where take down notices are being sent, because there’s unauthorized use of music on a particular streaming service.”

“We think with a shared way of identifying ownership some of these issues will go away,” Panay explained.

Berklee, MIT, digital media outlets and record labels are laying the groundwork for a shared, open database of ownership rights. Their goal is to create a global infrastructure that would, in part, expedite payment flows to artists from the places that deliver their music.

"The internet led to an explosion of innovation precisely because of its open architecture," Neha Narula, director of research at the MIT Media Lab's Digital Currency Initiative, said in announcement released Monday. "We now have the tools to build an open architecture for music rights.

'A Lot Of Money Is Being Lost'

Panay told me the myriad ways we consume musicians' products -- via streaming, internet radio, podcasts, YouTube -- makes it challenging for companies and the artists to track who owns what, who gets paid, who has or hasn't gotten paid, and how much.

“It’s one of the few industries that I know where you can use something and it's OK to not really know who to pay,” he said with a laugh. “Well we don’t think that that should be acceptable.”

Panay says rights identification mechanisms for musicians are outdated and need to evolve with the digital era.

“You're performing live, you're recording music, your music is being streamed on Spotify or it's on YouTube. The amount of income streams that they have for any piece of music they create is bewildering, and there really is no simple way for you as a musician to know if what you're getting paid is accurate,” he said.

“I think a lot of money is being lost, both in payments that never make it to the intended recipients, and money that is being left on the table,” she said, adding, “and that if the royalty system was more efficient there would be more money for artistic middle class.”

Keating has been vocal with her criticisms of sites including YouTube. She told me musicians are usually left out of front-end discussions, and this industry-wide collaboration feels inclusive.

“The people who actually create the content are not involved in the design of the platform, and we’re always in reaction to it. And so I’m really interested just to see how we can lift everybody’s boats -- not just the companies, the platforms, the record labels -- but also the independent creators,” she said.

In today's announcement, YouTube's head of musical partnerships Christopher Muller stated, "We look forward to working with everyone involved towards solutions that benefit creators and rights holders, and ensure they are paid transparently, accurately and quickly."

Dennis Kooker, president of global digital business and U.S. sales for Sony Music Entertainment, added, "Sony Music is pleased to be collaborating with leading companies from across the music industry to explore new shared solutions for exchanging data in a streaming-driven marketplace."

Boston musician Peter Bufano is not directly involved in the Open Music Initiative, but he says it's about time.

“I’m surprised it’s taken a decade of streaming to start having a discussion about a transparent and fair distribution system,” he said.

Bufano went to Berklee where he studied film scoring and has performed live music for the Ringling Brothers Circus on tour. He also plays accordion in his “all-star” band of circus musicians called Cirkestra. 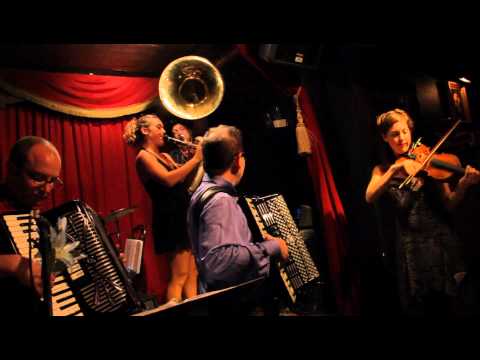 As a working musician Bufano hopes this new initiative indicates a moving-forward for the music industry that will help it thrive and survive.

“I was streaming a decade ago,” Bufano recalled speaking in his home studio. “I’m looking right now on my screen at a list of every service you could’ve ever streamed my albums on and it exceeds 50 companies, most of which are out of business. That’s where it’s going until we change something.”

Bufano added that musicians also need to be held accountable.

While change is in the wind, it will take a lot of cooperation and hard work to make it a reality for an industry fraught with tensions and concerns for the future. The first meeting with all of the Open Music Initiative participants is next week in New York. Then a three-week innovation lab for this open source project will be led by Berklee and collaborating company IDEO in July.