Born in Brookline, JFK remained a son of Massachusetts during his presidency and came home frequently. In fact, the late president delivered some of his best-known speeches in his home state.

Now, Kennedy was back home. 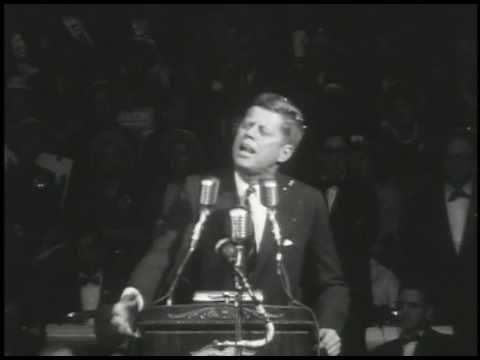 With confetti in his hair and on his jacket, a favorite son delivered his closing argument.

"The symbolic feeling of a nation, the image the nation presents to the world — its power, prestige and direction — all ultimately will come to rest upon the next president of the United States," Kennedy told the crowd of 22,000.

Kennedy mocked Nixon as ill-informed for suggesting that he could ease Cold War tensions with a goodwill trip to eastern Europe.

"The vice president of the United States says that he will go to Eastern Europe if he wins this election," Kennedy said. "I will go to Washington, D.C."

"That was the issue of the day," historian Ted Widmer says. "The Cold War was on everyone's minds."

Widmer grew up in Boston, worked as a speech writer for President Bill Clinton and is the editor of "Listening In: The Secret White House Recordings of John F. Kennedy."

As a candidate, Kennedy talked a lot about jobs and education — but Widmer reminds us that he was also a fierce Cold Warrior.

"Matters of war and existential survival were in the air in 1960, and it was a very effective argument," Widmer says.

It was also part of a hard-nosed political speech at the end of a long campaign. But after his election, Kennedy returned home numerous times to deliver speeches that were both prophetic and profound.

'We Shall Be As A City Upon A Hill' 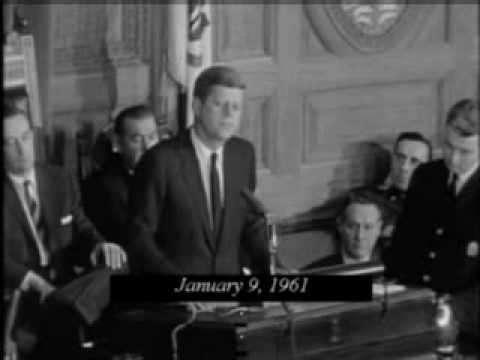 The most famous of these speeches is Kennedy's goodbye address to the Massachusetts Legislature, which came two months after the election when he returned to Boston as president-elect.

"For 43 years, whether I was in London, or in Washington, or in the South Pacific or elsewhere, this has been my home," Kennedy told lawmakers. "And God willing, to wherever I serve, this shall remain my home."

Kennedy famously evoked the memory of John Winthrop and the early settlers of the Massachusetts Bay colony "as they too," Kennedy said, "faced the task of building a new government on a perilous frontier."

" 'We must always consider,' he said, 'that we shall be as a city upon a hill. The eyes of all people are upon us,' " Kennedy said.

"It's an incredible speech for a lot of reasons," Widmer says. "It's about deep history: this is about the beginning of Boston, his hometown."

Widmer says there are good reasons that the "City Upon a Hill" speech is so frequently quoted.

"It's moving because it's so learned," Widmer says. "But it's also very moving if you followed inside-Boston politics and a lot of history of WASPs [white Anglo-Saxon Protestants] versus Irish. And he's paying homage to the origin of the WASP presence in New England and saying, 'We're all part of this.' And it's really a very inclusive speech and a very beautiful one."

"The enduring quality of Massachusetts," Kennedy said, "the common threads woven by the pilgrim and the Puritan, the fisherman and the farmer, the Yankee and the immigrant, will not be and could not be forgotten in this nation's executive mansion."

Massachusetts was also Kennedy's political base. And in his brief two-and-a-half years as president, he returned at least twice for Democratic Party fundraisers. He was clearly at ease in these settings — at an October 1963 fundraiser in Boston, Kennedy teased his younger brother, Sen. Ted Kennedy.

"He came to see me the other day," Kennedy said, "and he said he was really tired of being referred to as the younger brother of the president, and being another Kennedy, and it is crowded in Washington, and that he was going to break loose and change his name. He was going out on his own. Instead of being Teddy Kennedy now, he's changing it to Teddy Roosevelt. He's running!"

Kennedy came back to Massachusetts as well to visit the family base on Cape Cod, where he could sail and indulge his love of the ocean. That inspired another memorable speech, this one at the America's Cup in Newport, Rhode Island.

"Really I don't know why it is that all of us are so committed to the sea," Kennedy said. He talked — seemingly off-the-cuff — about the pull of the ocean. 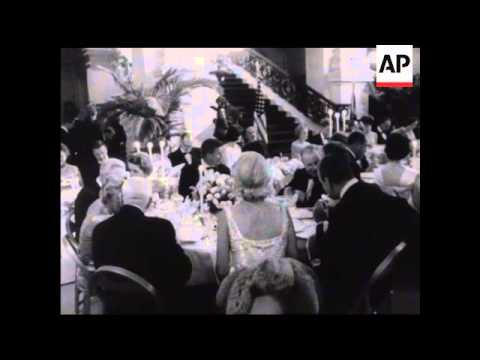 "He's just kind of up there meditating, almost," Widmer says, who loves this speech because of how unpolitical it is.

"He begins that by saying, 'I'm not sure why we all feel this,' which is a pretty unpresidential thing to say, that you don't quite know the answer," Widmer says. "And then gives all the striking thoughts — just about the way the ocean looks, how it's always changing. It's almost like a painter more than a politician."

Kennedy wasn't a painter, but he was famously supportive of the arts. So, in late October 1963, he went to Amherst College to receive an honorary degree and attend the groundbreaking of the Robert Frost Library. To honor the poet, Kennedy, the most powerful man in the world, talked about how Frost used poetry to keep power in check.

"Oh my god, it was an amazing moment," says University of New Hampshire history professor Ellen Fitzpatrick, "because he was very vivid, young, handsome, engaging figure, and we were very excited."

Fitzpatrick, author of "Letters to Jackie: Condolences from a Grieving Nation," was 11 at the time of Kennedy's Amherst speech and saw him later that day. She says the speech has a complicated backstory: Frost had famously read a poem at Kennedy's inauguration. But after Frost visited the Soviet Union, the poet claimed that Soviet leader Nikita Khrushchev believed the U.S. was too liberal to fight. Fitzpatrick says Kennedy was deeply offended and never spoke to Frost again.

"So here he is at Amherst College really endorsing this idea of the poet as a critic, as someone who will challenge power," Fitzpatrick says. "He didn't really like it when he was on the other side of it. But I think this was a kind of reconciliation for him."

It was a stark contrast to that final campaign appearance in Boston, as well as to Kennedy's inaugural address, which offered a full-throated defense of power. So Widmer says the speech in Amherst — about the limitations of raw power — was a profound bookend to his presidency.

"That he was only alive a short time after delivering that speech — it just makes it incredibly powerful," Widmer says. "It's like a Greek poet looking back after the end of his life."

Amherst was the last major speech Kennedy gave in Massachusetts. Four weeks later, he was shot dead in Dallas.

This article was originally published on May 22, 2017.