I remember it was an exciting day. The president of the United States delivered a speech at the Arkansas State Fair -- the one big event in the deeply segregated southern city of Little Rock that everybody attended.

It's held annually on the Arkansas State Fairgrounds. President John F. Kennedy was there Oct. 3, 1963.

On stage with the president and the governor were stalwarts of the old South, Sens. J. William Fulbright and John McClellan, and Congressman Wilbur Mills. 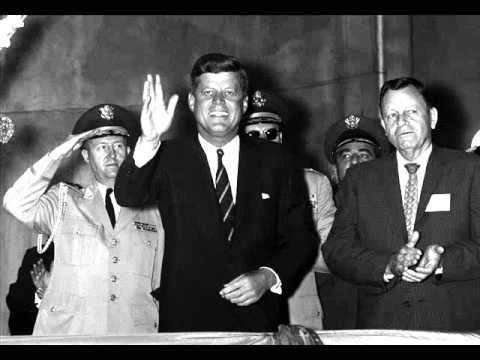 All the politicians on stage were Democrats. Kennedy represented a different kind of Democrat. His speech that day hinted at the racial problems of the region and deftly focused on the promises of a new South, an economically prosperous new South.

"The old South has its problems, and they are not yet over," Kennedy said, "nor are they over in the rest of the country, but there is rising every day, I believe, a new South."

David Walters was a schoolmate of mine at the all-black Horace Mann High School. That day he was one of the lucky ones who was at the fairgrounds to see JFK. The Little Rock School Department had allowed students to leave school early to attend. I couldn't go because my mom was expecting, due to deliver the baby any day; she needed me to stay close to home.

The next day I listened in awe as classmates came back to school, sharing experiences of seeing this young president with the outstretched hand and friendly face, who looked you in the eye as he shook your hand.

"Security was not nearly as tight as it is now," Walters said, "and I was able to simply get in the line and shake the president's hand."

He added: "It was a tremendous opportunity."

"The old South has its problems, and they are not yet over, nor are they over in the rest of the country, but there is rising every day, I believe, a new South."

Walters says he doesn't remember the exact words of the speech the president delivered that day. He does remember what it symbolized -- hope that what should be, could be, even here in the South being ruled by segregation and Jim Crow laws.

"This rising tide in this state and in the South and in the nation must continue," Kennedy said. "We must build those dams. We must use our resources. We must educate our children. We must provide jobs for our people. These are the great assignments, which this generation of Americans in the '60s has before it."

"There was a sense of hope," Walters recalled. "There also was a sense of admiration for President Kennedy, in that in many African-American households there were actually pictures of him, Dr. Martin Luther King and Jesus Christ."

This country has great opportunities and great responsibilities and I hope that this state and others like it will associate together to provide a fairer opportunity for all Americans to realize their talents, to make something of themselves, to give them a fair chance, which is what we stand for and which our Constitution promises.

"I don't know how much he actually did to bring about change," Walters said. "I do know that he was very instrumental in developing the civil rights bill that actually passed."

Just seven weeks after Kennedy visited my hometown of Little Rock came the horrific news: He had been assassinated in Dallas.

My entire family -- my mom, dad, six sisters and baby brother — gathered in front of our one television set in our living room. We'd heard that the president had been shot. The first news was that he was seriously wounded and was at the hospital. Then the announcement: The president of the United States was dead. The phone kept ringing. Relatives and neighbors were calling, in tears, crying as if they'd lost a family member.

How could this have happened? What did it mean?

There had been such optimism and hope because of this dynamic, youthful leader who had just visited our hometown, and who had advanced the cause of civil rights. Now he was gone.

100 Years Of JFK In Massachusetts