Nudity onstage has become jejune; so common as to be beneath comment. Yet an episode of nudity in a recent Boston stage production has produced endless news coverage, conflicting arguments in favor or against and internal upheaval at the producing theater. That is because the nudity was included in a production of "One Flew Over the Cuckoo's Nest" mounted by Boston Children’s Theatre. If the company did not have the word “Children” in its name, the entire event might have gone unnoticed.

The nudity was performed by an adult male, has been described as brief and nonsexual, and was agreed-to by the parents of the teen actors onstage. The production was not shut down. The nudity was not eliminated. The show was never “banned in Boston.” Yet some have framed the issue as one of censorship.

There was internal disagreement within Boston Children’s Theatre, which resulted in board resignations, a canceled gala, job uncertainty for Artistic Director Burgess Clark and lots and lots of media attention. In the words of the prison warden in the movie "Cool Hand Luke": "What we've got here is failure to communicate!”

Let’s start with the choice of the play, "One Flew Over the Cuckoo's Nest." Based on Ken Kesey’s novel of the same name, the show deals with difficult and complex issues of power, sanity, individualism and rebellion. I think it is important that teen actors have the chance to explore and perform complex and challenging material. And as we see increasing censorship of student productions in schools that fear any controversy, arts organizations like Boston Children’s Theatre provide an important out-of-school place for young actors to stretch themselves.

That said … there is no nudity called for in the script. The nakedness was added during rehearsals. That addition changed the scope of what had been agreed upon when the board, staff, teen actors and their families signed off on doing the play. That moment of change should have been acknowledged, discussed, explained and examined. Even though the parents of the teen actors agreed to let their kids participate in a scene with a nude male actor, the fact that this came in the midst of rehearsals certainly put a different frame around the discussion. In this circumstance, if any of the parents had objected, it would have meant pulling their kid out in the middle of rehearsals. That is a very different, pressuring scenario than deciding to opt out before rehearsal started.

I feel the board of directors was completely appropriate in questioning the addition of nudity to the production. The questions surrounding the added scene are not just about artistic freedom. There are also workplace issues when dealing with nudity, and legal issues about whether the addition violates the licensing agreement of the script. To say nothing of how to manage audience expectations of the choice to be the first children’s theater to bring nudity onstage.

Boston Children’s Theatre was founded in 1951, which makes it an institution with a long history and strong identity. Can the organization change? Absolutely! But when institutional change is made to happen without adequate discussion, understanding and buy-in, then chaos and disagreement will be a likely outcome.

So what about nudity onstage in theater? How does it happen and how is it managed?

Often it is the playwright who dictates that nudity be a part of the production of a play. Peter Shaffer required that certain scenes be performed nude in his play, "Equus." In 2008 playwright Douglas Carter Beane was upset to learn that a Chicago production of his play "The Little Dog Laughed" substituted the required nudity with actors in underwear.

Sometimes nudity is added by the director. Writer Noel Coward certainly did not include nudity in his 1939 play, "Present Laughter." Yet director Scott Elliot included nude scenes in the 1996 Broadway revival. According to the review in Variety, “Whatever we know about Coward’s personal life, we also know that full-frontal nudity and overt sexuality, gay or straight, pretty much shatters the delicate veneer of restraint and suggestion that gave the playwright his voice.” 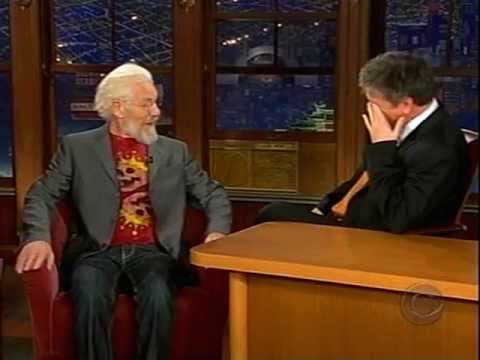 Shakespeare plays are open to interpretation. Romeos and Juliets have been naked, as have countless other lovers, faeries, kings, witches and soldiers. When Ian McKellen went Full Monty while playing King Lear in 2007, Germaine Greer wrote, “The most memorable moment, for many of us the only memorable moment, in Trevor Nunn's latest production of 'King Lear' is when Ian McKellen drops his trousers and displays his impressive genitalia to the audience.”

Actors’ Equity Association is the union for stage actors in America. They have very strict rules and requirements for theater companies presenting actors in the nude. First and foremost: If a role requires that an actor be nude, that requirement must be stated clearly in the audition notice. Equity wants actors to know whether they are agreeing to be naked even before they go in to read for the part. That is a wise rule.

While the Boston Children’s Theatre production of "One Flew Over the Cuckoo's Nest" was not covered by Actors’ Equity Association, imagine how differently the process might have gone if everyone participating onstage, backstage, in the audience and in the boardroom had known up front that there would be a naked adult male on stage. It’s a shame that the needed discussions did not take place in a timely and calm manner. As it was, everyone was responding while the production was in process, time was running down and communication was pressured.

Should Boston Children’s Theatre be able to include nudity in their stage productions? Sure. Do I think that’s a wise choice for a children’s theater to make? I do not. To call your organization a children’s theater is a commitment to meet the needs, interests and age-appropriateness of a very specific and under-served audience. That promise and the expectations that come along with it should not be trumped in the name of “Artistic Freedom.”

Larry Coen is the artistic director of City Stage Co. of Boston, which was founded in 1974 to offer children and their families opportunities to participate in the performing arts so they can make discoveries about themselves and the world. He is currently directing and acting in "Greece" by the Gold Dust Orphans at Machine.