Fifty years ago, American youth took to the streets of Haight-Ashbury to demonstrate a cultural shift toward peace, love and freedom from injustice. Vietnam death tolls were climbing. John F. Kennedy was already dead. Robert Kennedy and Martin Luther King Jr. would suffer the same fate the following year. Mix in a bunch of pills — one being The Pill — with a "Sgt. Pepper" soundtrack, and a youth rebellion was underway.

Movies around this time had started to capitalize on youth culture — and young people as a distinct audience — with beach party movies and television teen fare like "The Many Loves of Dobie Gillis," "Gidget" and “Scooby Doo.” But the dark side of the inevitable clash of generations had yet to fully ripen on screen. “The Wild One” (1953) and “Rebel Without A Cause” (1955) hinted at the trouble that comes with untethered youth. But the world had not yet seen the havoc of collective uprising caused by “A Clockwork Orange’s” prowling anarchist gangsters (1971), for example.

One pivotal year — 1967 and its Summer of Love — pulled the rug out from the rigidity of military salutes, crew cuts and sweater sets. Suddenly, life didn’t begin with marriage and hanging up a shingle with dad. That’s where freedom went to die. The “Summer of Love” film series, running in 35mm every Wednesday in June at the Somerville Theatre, offers a glimpse into the mark left by 1967’s cinema. Guest curator Julia Marchese (director of “Out of Print”) says that her hope is for audiences to leave their contemporary judgment at the door. She wants people to immerse themselves in storylines that might feel quaint by today’s standards but were telling and transgressive for their time.

Here's a look at the films:

One of the so-called scandalous films is "Valley of the Dolls." Critics snubbed it but the crowds flocked, making it No. 1 at the box office that year. (Imagine the wildfire spread of the “Fifty Shades” series but with a slightly more climactic film adaptation.) Based on the 1966 subway lap novel by Jacqueline Susann, "Dolls" tells the story of three young women enchanted and ultimately brought down by the Hollywood grind. One is a New England goody-goody (Barbara Parkins), one a flat-chested songstress bursting with talent (a 20-year-old Patty Duke, just off the wholesome “Patty Duke Show”), and one is a flawless beauty (Sharon Tate) who accepts her fate as a “talentless body.” 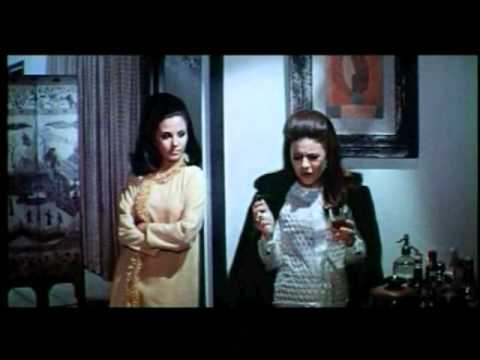 When life turns sour, all three turn to dolls (akin to the Valium used by women of the era). It’s an ugly story about beautiful women -- a precursor to a continuum that includes “Big Little Lies,” “Sex and the City,” or the “Real Housewives” franchise. (That's why Lena Dunham's"Girls" marks such a turning point with its departure from "beauty.") Yet while the women suffer for having ambition, talent and a desirable body, they also drive the story. The film itself unfolds like a stage drama with lines delivered to the back of the house, not a 50-foot high movie screen. Its theme song, too, smacks of musicals, not rock 'n' roll. In substance and tone it plays more like a ballad signaling the loss of '50s and '60s ideals than the ignition of some new engine.

"Riot on Sunset Strip" about youth counterculture and meant for a youth audience, has a more incendiary title than plot line. Yet compared to “Dolls” it feels more like 1967. The hair is longer, the collars wider, the skirts shorter. There’s a coffeehouse band and arms akimbo dancing. It’s about young people who are still young, not like the would-be adults in “Dolls” (granted the “Dolls” story is meant to span decades). After all, they’ve been abandoned by their parents’ generation through divorce and put in a queue for a senseless war that could claim their lives. But like “Dolls,” it’s a cautionary tale. 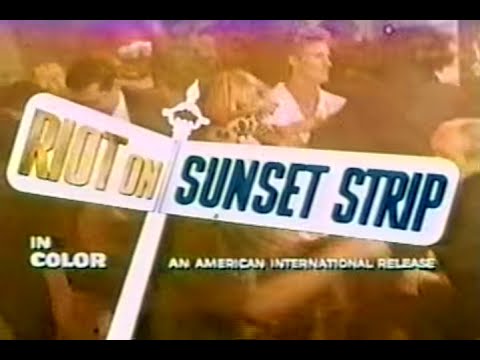 In "Riot," the impressionable Andy, daughter (of course) to the police chief, falls in with a harmless enough seeming acid-dropping crew. The lead boy slips her drugs and her victimization, which could’ve been brushed off or blamed on her, is taken seriously in this film. Taking a feminist stance, the main character is angered beyond her own situation and articulates how all the other girls who suffer a similar fate are ignored. It’s a fairly straightforward drama and according to Marchese was cranked out in an unimaginable six weeks to capitalize on the actual Sunset Strip curfew riots. It’s the only film of the four that features some of the imagery from that time of dissent — hippies picketing for peace, young people confronting the cops, and behavior that, whether right or wrong, thought itself more carefree than malicious.

For truly outrageous cinema, Jean-Luc Godard’s "Weekend" offers a nightmare scenario of youth anarchy and commune living so gruesome it resorts to cannibalism and what appears to be actual animal cruelty. The story hangs on the idea that a couple is trying to get to the country to claim an inheritance. It’s Godard so at least 100 opposing ideas are at play: urban vs. rural, modern vs. tradition, men vs. women, parents vs. children, upper vs. working class, banality vs. absurdity. The end of cinema. Every frame reeks of violence, from bloodied body parts strewn about one car accident after another to constant microaggressions between strangers. The film is parceled into segments that seem to progress chronologically but is broken up by title cards that satirically remind the viewer of cinema’s relentless, yet often meaningless, relationship to time. 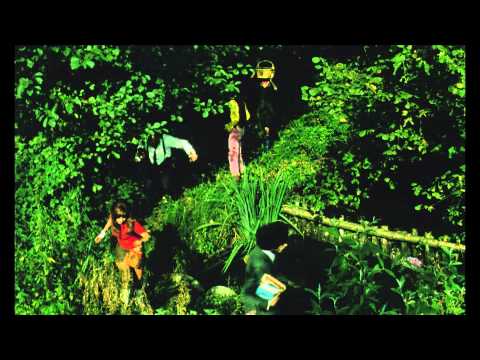 See “Weekend” for one of the most remarkably choreographed tracking shots on record, of a traffic jam. (It puts Scorsese’s “Goodfellas” gangster life intro to shame.) Spoiler alert: There is no “La La Land” song and dance here — if anything, it makes you cringe in real time and for the people who had to sound a horn for what could’ve been days of shooting. There’s another shot, later in the film, that sweeps a full circle, goes beyond, then reverses course. It’s of a shamble of a town square; in the middle sits a pianist playing Mozart. While the film erratically plods ahead, it still manages to up the ante on its own absurdity from start to finish.

Curator Marchese says that, of the series, “Weekend” can most easily play for today’s audiences. She’s right. It’s experimental structure and grotesque situations still shock the system. It’s also the most overtly political with diatribes about the consequences of African colonialism and exploitation of Arab nations for oil. While not likely fathomed at the time, its global perspective is exactly what could foment a Summer of “Something” (everything?) in 2017.

The most off-theme, at least for me, is "The Fearless Vampire Killers Or: Pardon Me, But Your Teeth Are in My Neck." It’s decent for the matinee monster genre and certainly films that blend genre and comedy are as hot as ever right now. It’s also a notable departure from the bleak fare made by Roman Polanski, who also stars, before (“Repulsion” 1965) and after (“Rosemary’s Baby” in 1968 and “Chinatown” in 1974). Yet it’s hard to overlook that he performs alongside his wife, Sharon Tate (also in “Dolls”), and will have to sit through the excruciating Manson family trials after Tate’s brutal 1969 murder. What’s on-screen may not reflect an obvious tie to the Summer of Love but may instead show how Polanski, who otherwise suffered and inflicted awful personal traumas, reveled in his own passing moment of peace. 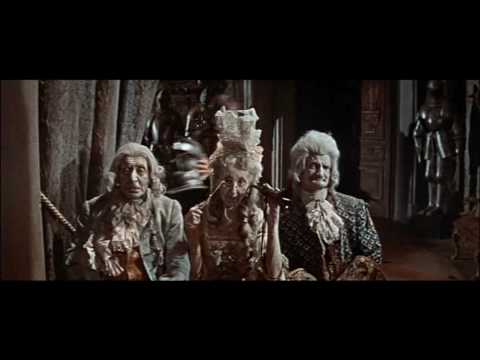 Taken together, which is what Marchese or any film programmer wants, these films poke great fun at the shifting times of the late '60s all the while hinting that society could be crumbling from its very foundations. (Other 1967 films like “Bonnie and Clyde,” “The Graduate” or even “Star Trek” still play as classic perhaps because they were taken more seriously then.) Whether through the unintended camp of “Dolls” (those alleyway screams for “Neely O’Hara!!!”) or the razor sharp satire of “Weekend,” the layered meanings reflect a “take it easy, man” approach in an era when the stakes were astronomical. What will be funny to viewers today is that despite great losses there was still an abundance of innocence, then. All was not lost.

Maybe the films of 2067 will say something similar about 2017. In the rearview, there will be much to laugh at. There may even be evidence of a burgeoning global movement toward peace and love and we’ll chuckle to imagine we lived any other way.

Correction: An earlier version of this post misstated the date of Martin Luther King Jr.'s death. We regret the error.

This article was originally published on June 05, 2017.