The Cuban singer and bandleader Daymé Arocena is best known for her massive voice, a throaty bellow that has invited comparisons to Aretha Franklin and Celia Cruz, the queen divas themselves. But Arocena’s latest release, "Cubafonía," is as much a testament to her omnivorous musicality. On the album’s opener, a syncopated and liquidly mutating track titled “Eleggua,” her voice is almost an afterthought, at various points subsumed into a strident choir and overshadowed by a lone soprano that rises, crystalline, out of the tumult. But the song’s deft inventiveness, its confident multitudinousness, leaves no doubt as to the architect. 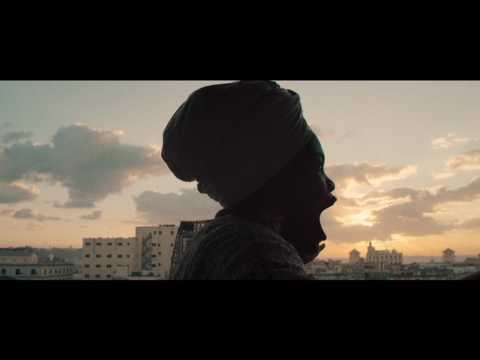 I reached Arocena on a recent Saturday morning at her home in Havana while she was eating breakfast. The musician — who performs at the ICA on Friday, June 16 — lives in the downtown Havana neighborhood of Plaza de la Revolución. It’s a lot nicer, she says, than Diez de Octubre, the district where she grew up, which she describes as "a big neighborhood of quite poor people" -- though she quickly qualifies the statement. "Not 'poor,' because in Cuba, everyone is poor."

Still, Arocena misses her old haunts. There, “every single door is open, people are in the street, everyone is talking to each other, everyone is helping each other,” she says. “Here, you feel alone. You feel like you are living in another country.”

And Arocena would know. At 25, she is a consummate cosmopolitan, having toured internationally since her late teens. A turn on the Juno Award-winning album “Maqueque,” a project from the Canadian saxophone master Jane Bunnett, gave the young singer’s profile a bump. But her breakout came in 2014 when she was featured on producer Gilles Peterson’s “Havana Cultura Mix: The Soundclash,” an album that featured an assortment of Cuban musicians mashed up with a hip hodgepodge of internationally-sourced producers. Arocena sang on three tracks, her voice brash and slickly produced. Her debut album “Nueva Era” was arguably more to her taste. It nodded to jazz, Cuban popular music and Santería, the sacred music of her faith — an Afro-Cuban religion whose many saints inform the lyrical and spiritual energies of Arocena’s music. (“Eleggua” is a reference to the Santería god of roads.) “Nueva Era” earned a place on NPR Music’s 50 Favorite Albums of 2015. 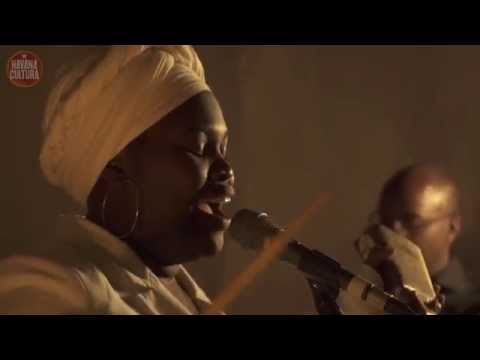 Arocena says that music has been a part of her life since the very beginning. She describes growing up in a two-bedroom house, cheek to gill with upward of 20 relatives at once. In such conditions, the family didn’t really have much choice but to entertain each other.

“My family used to sing all the time,” she says. “They used to dance all the time.” And because singing and dancing was so baked into Arocena’s daily life, her parents at first didn’t notice anything unusual about their daughter. It took winning first place in a community singing contest for the youngster’s talents to be recognized. "I sang a song [by] Selena, the Mexican singer,” says Arocena, who remembers being about 5 at the time. "They gave me my toy and I was so happy. But it was the moment that my parents said, 'You know what, she really wants to sing. She really wants to do this.' "

Prompted by the win, Arocena joined a community choir. At age 10 she entered an arts-focused elementary school and began her musical studies in earnest. Family and culture may be the sources of her artistry, but Arocena is equally a product of Cuba’s robust and rigorous music education system. She majored in choir directing at the prestigious Amadeo Roldán Conservatory, where the focus was mostly classical — Mozart, Schubert, Bach — with some classic Cuban music thrown in, too.

Now, Arocena speaks about music with an academic’s fleet fluency, rattling off the names of composers and conjuring historical references with an expert's ease. “Cubafonía” is the same way, nimbly linking, for instance, the joyful strut of a New Orleans second line to a mambo’s lithesome vamp. Arocena’s voice, at once exuberant and athletic, is the trusty throughline.

For Arocena, "Cubafonía" represents an opportunity to give Cuba's outsize musical influence its due. “People know mambo, but some people don't know that mambo is a Cuban rhythm," Arocena says. "It’s a Cuban creation. And people used to dance a lot with Lou Bega, ‘Mambo No. 5,’ and they don't know mambo is a Cuban thing.” Her voice picks up steam. “And people know cha-cha-chá, people love cha-cha-chá, but they don’t know cha-cha-chá is a Cuban creation. Cha-cha-chá was created [by] Enrique Jorrín, a Cuban composer.”

But as Arocena is fond of pointing out, "Cubafonía" contains far more than just mambo and cha-cha-chá.

"I wanted to make an album where ... all types of generations could discover Cuban rhythms that people don’t really know," Arocena says. "People know about the music of 'Buena Vista Social Club' ... but people don't know about some of the rhythms we have, authentic rhythms of Cuba."

If you google "Cuban rhythms" — as I did — it becomes apparent that they are numerous and nuanced, and far too abundant to encapsulate in a single album. “I'm missing, still, rhythms from Cuba in that album,” Arocena says. “I'm missing conga, I'm missing dengué ... I'm missing contra — I'm missing a lot.”

In that sense, despite the completeness of "Cubafonía" -- its musical sophistication and worldly outlook — Arocena’s work remains unfinished. "We tried to make people discover a Cuba that they still don't know," she says. "Now, we are inviting people to come to Cuba and discover more."