This story is part of The ARTery’s ongoing Sound On series highlighting rising local musicians.

On the wall in Billy Dean Thomas’ neat bedroom in Jamaica Plain is a photo of the rapper Kendrick Lamar. Well, most of him anyway. In place of his head is a cutout of Thomas’ face, peering out cheekily over a pair of sunglasses.

“My manifestation wall,” says Thomas, a little bashfully. “I am a firm believer in speaking things into existence, writing them, seeing them.” The photo of Lamar is from the cover of Forbes Magazine, the “30 Under 30” issue. There’s also a picture of Kanye West, dressed in white from head to toe, accepting his first Grammy — again with Thomas’ head Frankensteined on top — and a check from BMI, payment for Thomas’ performance on “The View” in 2015.

Regarding the photos, Thomas laughs. “They actually look like me, which is so funny. I dress in a similar style.” And it’s true. Thomas, who is fond of patterned button-ups and bold color motifs, has been known to sport an all-white tuxedo not unlike Mr. West’s ivory suit.

Underneath the manifestation wall is a collection of instruments: a Korg synthesizer, a bass, a MIDI keyboard, drumsticks. “My goal is to play every instrument, so I’ve been working on accumulating all of them,” Thomas says.

It’s the sort of blithely ambitious statement that seems to come easily to Thomas. The rapper and producer is part of a rising class of like-minded Boston emcees, like Oompa and ANSON RAP$, who blend social commentary with musical experimentation. It’s a notably LGBTQ-friendly scene — Thomas, self-styled the “Queer B.I.G.,” uses the pronouns “they” and “them” — but what defines this musician is not so much their identity as their vision, which is expansive, intrepid, cloudless.

At the moment Thomas is knee-deep in writing a new album, funded by a $12,500 Live Arts Boston grant from the Boston Foundation. (Full disclosure: I was on the panel that evaluated Thomas' application.) From start to finish, Thomas intends to make the entire album on their own, from writing to producing to rapping to playing all the instruments. “I’m really pushing myself to strengthen my composition skills,” Thomas says. “And also to have the confidence to say that I’m more than just an emcee, I’m more than just whatever box people want to put me in.”

A quick skim through Thomas’ YouTube presence reveals a subversive tendency and a fully-formed visual sensibility. Their music videos have a professional feel, despite being shot on a budget, making clever use of lighting and ambiance. In them, Thomas raps over lean, chilly beats, flinging tightly-packed bars across minimalist hooks with the carefree audacity of a child skipping stones.

Their live videos show another side. For a time after college Thomas fronted a band called Billy Dean & the Honor Roll, which married the rapper’s vigorous style with the fluid give-and-take of a jazz ensemble, though the band’s aesthetic was more in line with the neo-R&B of groups like the Roots or Tank and the Bangas. More recent live endeavors have seen Thomas rethinking their own material. For this story, for instance, the rapper elected to refashion two songs off of their 2018 EP “Rocky Barboa,” replacing the tracks’ sinewy electronics with a growly guitar-and-bass duet — a reimagining so complete as to render the songs reincarnated, new. 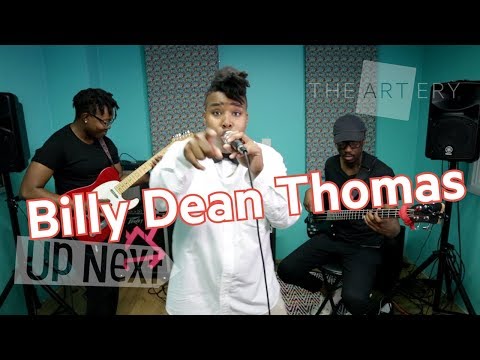 And then there are endeavors like “Black Bach,” unclassifiable and slightly astounding. The video, published online in 2015, is the result of a collaboration between Thomas and Ben Verdery, a classical guitarist of some note who chairs the guitar department at the Yale School of Music. (The pair connected through Verdery’s daughter, who was a childhood friend of Thomas.) “Black Bach” is another reimagining — this time of the Allegro movement from J.S. Bach’s “Prelude, Fugue and Allegro, BWV 998.” In this rendition, Thomas raps with extraordinary melodicism, deftly tracing the contours of Bach’s corkscrewing tune in dense, agile verse.

“We got a lot of backlash on the ‘Black Bach’ video from Reddit, and people writing really disturbing comments,” Thomas says, many of which were racist. 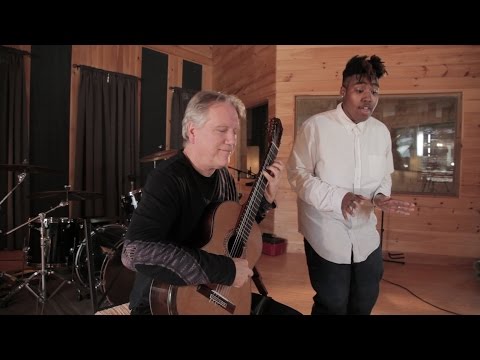 To get a sense of Thomas’ many dimensions, you have to go back to their roots. The 27-year-old, who’s given name is Olivia McClendon, grew up in New York City’s Harlem neighborhood. Their parents, though not musicians, were avid music listeners. And Harlem itself was its own kind of instructor, saturated as it was with the sounds of hip-hop and soul.

“It's just something about Harlem. You can't go there without hearing music blasting everywhere,” Thomas says. “If Drake drops a new track on a Friday, you'll hear it all over the city.”

The rapper’s musical education officially began at age 8, when they joined an Afro-Caribbean ensemble at their elementary school. They drummed in the group into their early teens. Thomas explains, “That's where all my, I guess my innate musical sense, but also just my rhythm training, comes from."

Thomas was part of the first graduating class of The Facing History School in Manhattan, which was founded as part of the city’s push to break up large, low-performing district schools into many smaller ones. The school’s newness “came with some perks, and we got to do all these cool programs and go to D.C. for debate and government learning and things like that,” Thomas says. But by far the most impactful was a spoken word and performance class, which spurred Thomas' interest in performing and helped them secure a scholarship to Smith College in Massachusetts.

At Smith, Thomas became a regular in the practice rooms and the media lab, which was equipped with a recording studio. “That is where I spent days, camping out, every day after school, after classes,” Thomas says. “I had access to the piano rooms, so I would teach myself piano. I'd play, like, four hours a day, and then go to the media lab and start making beats, and singing and using the microphone and really learning how my voice sounded.”

After graduating in 2014, Thomas linked up with a trio of local musicians and launched Billy Dean & the Honor Roll. The chemistry in the group was immediate, Thomas says, “like musical matrimony.” But, just as the band was starting to gain some traction in New England, their drummer took a gig in Oregon and the group broke up.

The end of the band was “heartbreaking,” Thomas says. It was around this time that the rapper moved Boston, intending to enroll in a master’s program at Berklee College of Music. But, with the prohibitive cost of tuition, that plan crumbled, too. Thomas became depressed, lonely in their new city and unsure of how to make connections in the artistic community here.

A project with the Vermont producer SnakeFoot helped Thomas secure a spot in the Theater Offensive’s inaugural Out’Hood Residency Program for LGBTQ artists, jump-starting a creatively fruitful period. The duo planned to record an album, but that collaboration ultimately fell apart as well — though it did lay the groundwork for “Rocky Barboa,” a six-track EP that Thomas self-released earlier this year.

As Thomas recalls these dashed hopes and revamped dreams, it is possible to detect a theme: the challenges particular to a working-class black kid navigating white spaces and elite institutions. Growing up, money was tight; the family occupied what Thomas describes as "an in-between space between working class and poverty that there isn’t a name for.” The rapper was the first person in the family to go to college, and they received no financial support from their relatives. During school breaks and the summer holiday, they crashed with their dad in his single occupancy housing unit, which was really more like a dorm than an apartment, the two of them squeezed into a space built for one. It was stressful to have to worry about housing and money while trying to focus on school, especially in such a high-pressure environment. "It was 'school or die' — before self-care, before family," Thomas says. “The most difficult part was realizing that most of my friends did not have to work [during college]."

Thomas encountered difficulties in the band, too. “I think as a person of color playing with three cis[-gender] white men, there are just a lot of power dynamics. And I find that playing with men, period, and particularly straight men, it's difficult for them to hear what I'm saying,” Thomas says. “I felt as though I wasn't being acknowledged as much — and it was my music. So it didn't quite make sense. If I'm the lead vocalist of the band, you have to listen.”

Such frustrations run like shards through the icy surface of “Rocky Barboa.” “All of my people in danger/ I don’t like talking to strangers,” Thomas raps over skittering high-hats and a pithy horn sample on a track titled “Of Course.” “Everybody pointing fingers/ Why I am the one that they blaming?” 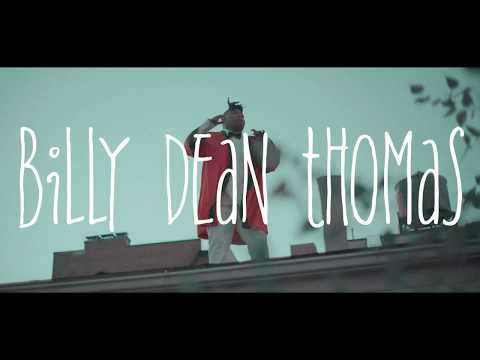 The song, like much of the material on “Rocky Barboa,” is about “being the most visible in the room, but the most invisible,” Thomas says. The rapper casts a striking figure, square-shouldered and dapper, with a hairdo that is Seussian in its height and whimsy. “Every day, I experience hyper white gaze," Thomas says. "Just like, intense staring. … I'm more normalized to it now, but it's so uncomfortable, so much to the point where people have thrown things at me. Like for no [reason] — I'm just walking down the street. And really feeling like a freak — that feeling is so real. But at the same time, I'm stared at, and you're paying so much attention to me, but when I talk to you, you don't listen.”

At this stage in Thomas’ career, the consequences of being looked at, and misjudged, are inescapable. And so those formidable goals tacked up on the bedroom wall come to represent transcendence over a kind of musical typecasting — of being pigeonholed as “the gay rapper,” or just another “woman in hip-hop,” despite not even identifying as a woman. If Thomas were to win a Grammy, or make it into Forbes, at last the labels that describe them would cease to define them.

“That’s how I channel that frustration. I'm like, 'OK, people are going to put me in boxes,' " Thomas says. "I'm gonna be so great that you can't even think about a box."