I thought I knew a thing or two about migraines. I get them once in a while, the deluxe kind with aura — visual disturbances — and so did my mother and grandmother. Once, on deadline, I had trouble finishing the news story I was writing because parts of my keyboard were blanked out by sparkling holes. 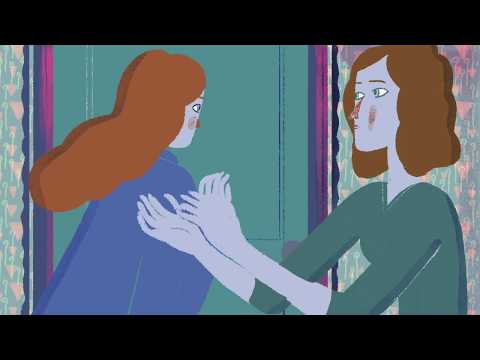 But I learned a lot from the new documentary, "Out Of My Head," which is scheduled to be screened on Aug. 8 at the Martha's Vineyard Film Center in Vineyard Haven. Filmmaker Susanna Styron says the documentary's goal was to help people understand what it's like to live with migraines — and to live with someone who gets them.

"We have people come up to us afterwards sobbing and hugging us, and saying, 'You know, this is the first time I haven't felt alone,' or 'This is the first time my husband or my sister or whoever really understands what I'm going through,'" she said. "So that was the real motivation for it: to give the many people who suffer from [migraines] a sense of not being alone, and a tool for helping other people understand what they're going through."

The initial impetus for the film came from Styron's own daughter, Emma Larson, who was hit by wicked migraines while in college: "They kept coming every two weeks, nonstop, like clockwork and I couldn't take it," she says in the film. "I felt betrayed by my body, I felt scared all the time, I never felt anxiety like that."

So Emma's migraines started a mother-daughter journey of discovery — and the film delves into everything from what migraine actually is, to how it could be linked to creativity and religious experiences, to a bit of discussion of treatments, though it offers no medical prescriptions.

My personal discoveries as I watched:

1. I knew migraines were common, but didn't know I was in such excellent company, from pro athletes like Kareem Abdul-Jabbar and Dwyane Wade to author Joan Didion, who wrote about wishing for a lobotomy during migraine attacks.

3. Migraines hit young boys and girls at the same rate, but once puberty hits, they become much more of a women's problem: one in five women are affected, the film says.

4. On the upside, migraines have been linked to creativity; there's even a theory that the vivid imaginings of "Alice and Wonderland" actually originated from migraine phenomena. "You suddenly think you're very short or you're very tall," says Andrew Levy, author of "A Brain Wider Than The Sky," in the film. "The thing about Alice In Wonderland is that it's got so many different migraine moments in it I hardly know where to start."

5. Migraines are also thought to have fueled creativity in figures including Sigmund Freud, Georgia O'Keeffe, Virginia Woolf — even Thomas Jefferson.

6. They're more common in children than you might expect; one doctor in the film notes that headache is the third-most-common symptom in kids coming to the Emergency Department.

7. Particularly striking to me: the power of the brain-gut connection in migraines. I knew migraines often involved nausea and vomiting, but headache expert Robert Shapiro from the University of Vermont points out that we have two different nervous systems — one involving the brain and spinal cord, and one the stomach and intestines. "These two major nervous systems communicate with each other, and how they may interact is an important question for migraine," he says in the film. "Ninety percent of people who have migraines will have some symptoms that are abdominal pain or other symptoms of GI problems."

8. Also striking: There are only about 500 headache specialists nationwide, the film says, which works out to 1 per 76,000 patients. (Though it's also worth noting that the Boston area is rich in such specialists; Susanna Styron and her daughter made the rounds of the Harvard hospitals.) Dr. Peter Goadsby, a San Francisco neurologist and headache specialist, says at one point: "The state of funding for headache research in general, but migraine research in particular, is scandalous in its complete lack of commitment to the commonest neurologic problem that affects Americans."

9. Migraines are an undeniable affliction, but one that can often be managed: Emma, the film's heroine, does get a handle on what tends to trigger her migraines, she graduates college and says she feels lucky, though she still gets occasional flares.

The documentary "Out Of My Head" will be shown on Aug. 8 at the Martha's Vineyard Film Center, and is screening via Theatrical On Demand.