The Trump administration estimates there are more than 500 children between the ages of 5 and 17 who were separated from their parents at the U.S.-Mexico border, and who remain in the custody of the U.S. government.

In many of these cases, their parents have already been deported back to their home country and are left waiting and, in some cases, depending on help from strangers.

A Boston woman is trying to help some of those families. Here, we talk to two families in Central America affected by the separation policy that she's trying to help.

'I Never Expected This To Happen'

The Galvez family is sitting down to breakfast, wearing their Sunday best, looking out at the Caribbean Sea. To get to where they are, in the coastal city of La Ceiba, took a four-hour bus ride and $40. They had to borrow the money from a friend. It’s basically six months worth of income.

Jose Hector Galvez says he’s barely able to keep his family fed, let alone repair the leaky thatched roof of their home. In fact, it was the prospect of fixing the roof that led to their family being separated.

"I left because work is impossible to find here. I left so I can help and support my family. That was the motivation for my trip. I never expected this to happen," Galvez said, his eyes staring off into the distance.

In May, Galvez and his 16-year-old daughter, Kenia, left for the U.S. The plan was to try and find work for a year or so, save some money, and return to Honduras to repair his home, where his wife and their two other children had stayed behind.

After traveling by bus to the U.S.-Mexico border, Galvez explained to U.S. immigration officials that he and his daughter wanted work. He was told that he would be deported immediately and that his daughter would follow in a week or so. He says both he and his daughter were told to take off their belts and shoelaces. He was placed in a holding cell with other men while Kenia was kept with women and children.

"What I was told is that I had to go to immigration court and they said, ‘Kenia is over there, you can go to talk to her.’ And I said, ‘OK, I’ll go explain to her that I have to go to court, but when I come back from court, she’ll still be here? I can see her again?’ And they said, ‘Yes, you can.’ But that’s not what happened. When I came back, she wasn’t there and I didn’t know where she went."

At this point in her husband’s story, Rosa Lina Lindner, Kenia’s mother, reaches for a washcloth she’s brought with her and wipes her eyes. She says they feel hopeless. She’s gotten no help from her own government and no help from the U.S. government.

"As a mother you feel this intensely," she says, "I feel physical pain, especially when I speak with her."

She clutches her heart and says, “I feel it here, right here. I worry about her and I pray to God to bring her back safely to me. And she left with her father so that they could work, just so they can fix our little house."

'Please, Send Me My Daughter'

A few weeks ago, Lindner got a phone call from a friend. The friend had seen a news story on television. A phone number flashed on the screen, with a message that said, if you have children in U.S. immigration, call this number.

"Please, send me my daughter. She’s the only daughter I have and she needs to be returned to me."

"And so I called and I said, 'Please, send me my daughter. She’s the only daughter I have and she needs to be returned to me.'"

It was Isabel Lopez, an immigrant advocate in Boston, who answered that phone call — and has answered dozens of phone calls since then.

Sitting in a noisy Dunkin' Donuts in downtown Boston, Lopez, who is originally from Honduras, explains that her family still living in the country told her no one was talking about these parents who are searching for their children.

"And so, one day I decided to call the TV station to let people know they could call me." In late July, Lopez advertised her personal cellphone number on Honduran television and encouraged anyone who was looking for their child in U.S. immigration custody to call her.

Since then, she says she’s spoken with nearly 70 families. She's created a database with the names and numbers of people who are looking for their children, she’s connecting some of these families with legal experts, and she's buying international calling cards so they can try and track down their children. That’s how the Galvez family wound up in La Ceiba, where they met with Boston-based immigration attorneys.

"I cannot imagine having my kid taken away from me and putting my hope in this stranger over the phone," Lopez said. "With the language barrier and the kids calling them and saying, 'I don’t want to be here.' Every day, how can you live? How can you eat? How can you stay stable?"

'You’re Not Going To Take My Son Away From Me'

Back in Honduras, 33-year-old Carlos Alexis Hernandez Licona has been facing those questions every day for the last three months.

He left his hometown of Olancho to look for work in the U.S. He brought with him his 6-year-old son, Carlos Gabriel. After traveling with a coyote to Mexico, he and his son shared an inner tube to cross the Rio Grande. He says they eventually walked into McAllen, Texas, in May and presented themselves to immigration officials.

"I was placed in a cage. Eventually I was moved into a bigger cage. ICE officers were near by and I confronted them and I said, 'You’re not going to take my son away from me.'"

But they did take him.

Licona, who's wearing slightly well-worn jeans and a red polo shirt, becomes emotional, pausing as he recalls his son running toward him and crying, "'Dad, I want to stay with you, don’t let them take me away.' " Licona says he was there for 14 more days before he was deported back to Honduras. He says U.S. Immigration and Customs Enforcement never told him where his son was being taken or how long he would be held. Licona says he’s still never been contacted by the U.S. government.

So when Licona saw Isabel Lopez’s phone number on television last month, he called right away. Lopez offered him advice and helped him navigate what can be a very complicated immigration system, even for someone who speaks English. But for Licona, who only speaks Spanish and who cannot read, calling hotlines in the U.S. and finding help with paperwork can feel insurmountable.

Licona eventually learned his son is being held in a facility in New York. He speaks with him once a week and he says that his son mostly talks about coming home. He asks how much longer he has to wait and Licona tells him he’ll be home soon. 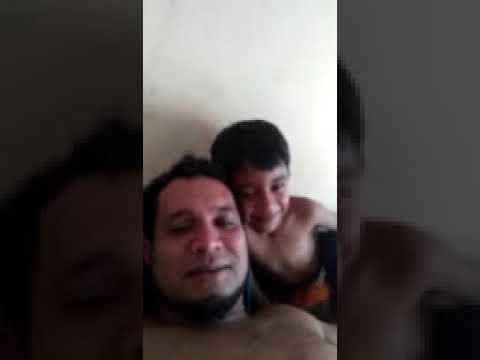 In Boston, Lopez is still answering phone calls from mothers and fathers who are looking for their children and who are putting their hope in a stranger.