On the menu at the Red Arrow Diner in Manchester, New Hampshire, you'll find the Trump Tower Burger — a meat patty topped with a ball of fried mac and cheese, topped with a gooey cheese sauce, all stuffed between two grilled cheese sandwiches in lieu of a bun.

Believe it or not, the diner is known for another reason: it's where anyone who's anyone with presidential ambitions sits down for a bite of Americana. It's where Jenn Ahern, who waits tables there, served cherry pie and coffee to Sen. Lindsey Graham.

Ahern has seen her share of candidates, but Graham stands out as one of the nicest.

"He was very down to earth," she said. "My son just got accepted at University of South Carolina. And I remember [Graham]'s from South Carolina, so he was all about it. He was like 'make sure he goes there.'"

New Hampshire is a place where presidential hopefuls serve as advisers to citizens and where citizens can kind of advise future presidents.

It's where Cynthia Howard, of Claremont, ran into pre-candidate Donald Trump in 2014 in a hallway at an "Americans for Prosperity" event.

"And he put his hand on my shoulder and said 'How do you like my speech?'" Howard remembers. "And I said 'that speech was great. If you keep on that message, you'll be president one day.'"

It wasn't the first time Howard met a future president. When she was in high school, she met an unassuming peanut farmer from Georgia.

"He didn't have the personality," she said. "He wasn't a strong character like Mr. Trump is." 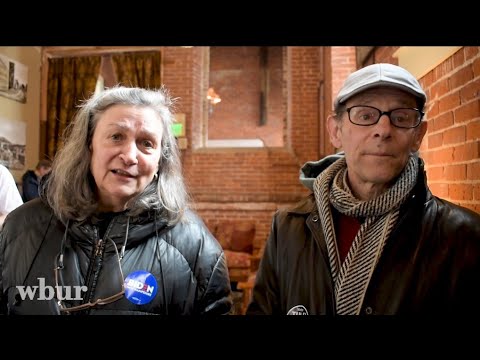 New Hampshire isn't just for political nerds: it's where precocious, politically-minded kids get interested in politics at a young age. Jim Farrell remembers how his four-year-old son got a chance to ask Jerry Brown a question at a house party.

"And Brown was gracious enough to entertain the question and answer it for him," Farrell said. "[My son] asked him about how he liked living in India, because Brown had spent time in India. So, we prepped him on the question."

Farrell said that kind of access is what makes his state special.

"That's part of the magic of the New Hampshire primary," he said.

For Donna and Ernest Montenegro, that access chips away at the veneer of politics, which they don't see as a bad thing. They said they learned from President Obama that the candidate you meet might not be the candidate you get when they're in office.

"I thought he was a great savior," Donna Montenegro said. "I think he's done bad things, to be honest with you."

She and Ernest both voted for him twice.

"My whole heart wasn't in it the second time," Ernest said.

The Montenegros say politicians are very solicitous when they come to New Hampshire and as a result, they've become politically vigilant. And they, like many who live in the first primary state, see that as a responsibility.