As the novel coronavirus was ripping apart life as we know it, Cambridge comedian Dana Jay Bein, suffering from allergies, sneezed in his Inman Square apartment. The sneeze prompted a melody to pop into his head, the first two lines of Queen’s epic “Bohemian Rhapsody” — “Is this the real life?/Or is this just fantasy?”

Those lyrics quickly mutated into “Is this a sore throat?/Or is this just allergies?” And Bein was off. Within 10 minutes, Bein, who isn’t a musician or songwriter, had written a set of fully fleshed-out and fiendishly clever parodic lyrics about COVID-19.

Queen’s original clocks in at 5:55. So, this was pretty quick work.

“I just went stanza to stanza,” says Bein, reached by phone from his (where else?) home. “A lightbulb went off in my head and I sat down and wrote the whole parody. I’m flabbergasted at how fast it happened and ever more flabbergasted how fast it took off."

Bein wrote it March 18 and tweeted out the lyrics the same day, only asking that anyone who set his words to music credit him with the lyrics. He sat back to sniffle and wait. He didn’t have to wait long.

The internet was at the ready. “Coronavirus Rhapsody” exploded online. Currently, Bein estimates, there are at least a hundred different versions, adding, “If you search #coronavirusrhapsody on any platform you can find many, many more. It’s a worldwide online socially distant collaboration.”

“It’s completely surreal,” Bein adds. “I haven’t been outside since I wrote this and it went mega-viral while I was sitting there without pants on in my bedroom.”

Actors Elizabeth Banks and Bradley Whitford were among the re-tweeters. Khloe Kardashian and Jamie Lee Curtis shared it in their Instagram stories. Bein says doctors and nurses have tweeted at him, telling him they’d sung the song in the hospital, saying that this is what they needed to hear.

“To be a part of any joy at a time like this, it chokes me up, to be honest,” says Bein. “I really want to be there for people. And if it’s this way, great.”

Bein grew up with the song; his parents were big classic rock fans. It hit home again for him in his early 20s when it was featured in “Wayne’s World” in 1992. Then came the Muppets in 2005. “Every 10 years, something in pop culture re-emerges to bring this song back into the zeitgeist,” says Bein, “and the ‘Bohemian Rhapsody’ movie came out a couple of years ago and that was incredible.”

Bein doesn’t have COVID-19 — he’s certain his sniffles and sore throat are allergy-related and says he’s functioning at 95% — but he is self-quarantining to try and flatten the curve. “There are still many ways to collaborate and create art while we're socially distancing ourselves,” he says. 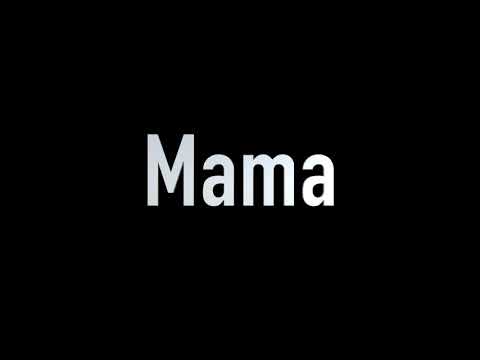 One of the best versions — and one that’s garnered more than 3.4 million YouTube views and counting since its March 26 upload — is one sung perfectly by Adrian Grimes to Queen’s backing track. Grimes and Bein did not know each other, but Bein helped him with some of the tech aspects of posting. “I taught him how to use Twitter. He said ‘I want to do this but I’m not good with social media.’ I said ‘Here’s how to do your Twitter.’”

Grimes does the whole song; others have used their own instruments and created shorter versions.

Bein figures, considering all the various platforms it’s on, it’s probably been heard by more than 100 million people.

And he's not unaware of the irony of laboring in semi-obscurity as a comedian for two decades (as well as building the standup program at ImprovBoston) and then suddenly having this instant worldwide attention. It also occurred just as he lost his position as assistant operations manager at Inman Oasis, his day job at a day spa.

Is there monetization with “Coronavirus Rhapsody”?

“No, I haven’t made a dime,” Bein says. “It definitely is my song — I’ve talked to a couple of lawyers [about ownership rights]. But I am not a big fan of capitalizing on this in a traditional way. If any money is to come of it — and I don’t know what revenue stream would appear — I would want it to help the people struggling in my community, my friends and family, my [former] co-workers at Inman Oasis, local businesses, my comedian friends. Offstage, I’m an altruist, I care about people. I’m very passionate about my community and giving back.” 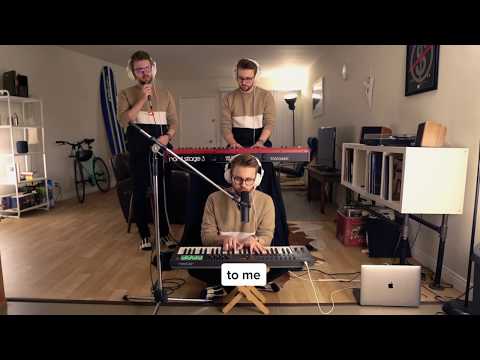 Of course, neither Queen’s nor Bein’s versions are exactly happy songs. Freddie Mercury’s cryptic mini-opera was both a stylistic and thematic mashup. Open to multiple interpretations, there are juxtaposed fanciful storylines that embrace darkness and light. Bein’s version is more grounded in reality, but the contrasting darkness and light remain. Despite the seriousness of what’s going on outside around us, there are multiple laugh-out-loud moments. (I don’t use that term lightly; I hate it when people constantly LOL.)

Some of the switches: Where Mercury sang “Mama, I don’t want to die/ I sometimes wish I’d never been born at all” Bein has “Mama, I don’t wanna die/I sometimes wish I never went out at all.” And “Mama, just killed a man/Put a gun against his head/Pulled my trigger now he’s dead” became “Mama, just killed a man/I didn’t stay inside in bed/I walked by him, now he’s dead.” “Nothing really matters” becomes “curving can get flatter.”

Mercury’s repeated cries of “Galileo” are now “Gotta lay low.” “He’s just a poor boy from a poor family” is retooled as “He’s just a poor boy facing mortality.” You can probably guess what the comic came up with that rhymes with Mercury’s “Scaramouche!” (Hint: It’s what you might call someone who doesn’t abide by the keep-washing-your-hands edict.)

Bein left one line alone — “Spare him his life from this monstrosity.”
That Mercury-penned line could equally pertain to our pandemic.

“I didn’t have any sort of foresight,” Bein says, of his intent. “There was no strategy. But I will say, that’s what comedy is: Bringing light in dark times, laughter as a relief of anxiety and pain. People deal with some of the darkest times through laughter. There’s that Victor Borge quote, one of my favorite quotes of all time: ‘Laughter is the shortest distance between two people.’”

Now, of course, that distance should be a minimum of six feet.