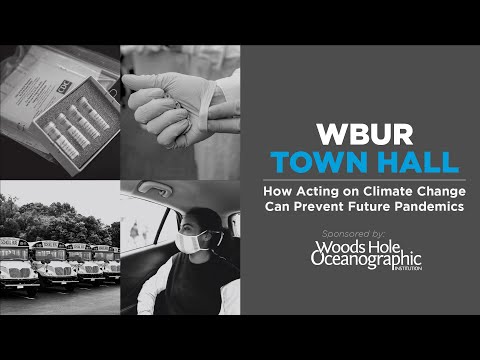 Preventing deforestation, rethinking agricultural practices and reducing air pollution will help protect us from viruses like COVID-19. WBUR senior environment editor Barbara Moran spoke with Dr. Aaron Bernstein, pediatrician at Boston's Children's Hospital and director of the Center for Climate, Health, and the Global Environment at the Harvard School of Public Health.

On how hotter summers could interact with the virus' spread as economies reopen: 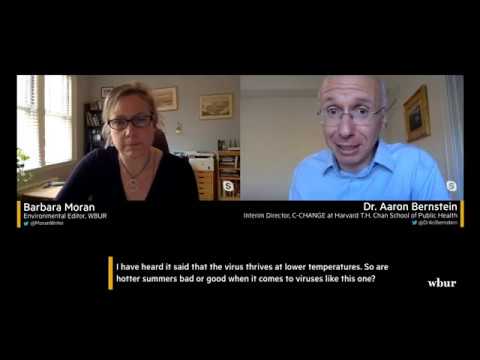 Dr. Aaron Bernstein: The best available evidence, which I will be the first to say is not particularly great, shows that this virus is probably going to slow down when it gets warmer.

The best available evidence also says that that slowing down is not going to, in fact, slow it down enough to prevent rapid spread. And, you know, it's sort of obvious. I mean, look at what's gone on in New Orleans or in Singapore. So clearly, it's not as though if we get a heat wave this is just going to vanish.

And so, regardless of the climate, the virus is probably gonna be able to spread based upon how immune the population is, how many people have been infected, how much we're congregating with each other and how much we're moving around. Those are big factors. Is the temperature going to matter? Absolutely. But I think it is ... not [a] good idea to bank on that, especially since we know it obviously can transmit in very hot, muggy conditions in places around the world.

We know that when the temperature goes up in Boston — and Boston is particularly the canary in the coal mine for heat and climate change, because one, it's warming up in Boston faster than pretty much anywhere in the United States, save for Alaska. Two, our culture is not adapted to heat. You go to the Deep South ... everything is air conditioned.

We actually have some of the highest risk from heat on that basis. And so you can imagine a scenario in which we're not doing this. I'm very grateful to our our governor and others who are in public health. We are ... taking very appropriate measures to protect ourselves from this. But if we were loosening up restrictions rapidly and we had a resurgence of COVID with a first summer heat wave, it could be a real mess in terms of our health care facilities and their capacity to deal with that.

On how pandemic solutions can also be climate solutions: 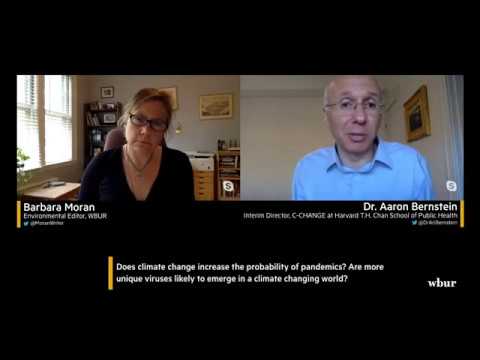 Bernstein: There's a real important distinction here between disease emergence ... and a pandemic. Emerging diseases, which can include things like SARS, which is another coronavirus that happened in 2003, there are other viruses that people may have heard of, like Nipah virus — these are emerging viral diseases that are not good. But ... they didn't become pandemics for a variety of reasons, in large part [because] the viruses may not have been as transmissible as this one.

A big part of pandemic risk is the reality that we live in a world in which ... in the normal times, tens of thousands of flights take people around the world in a few hours from cities with millions of people living in high population density. When I was born, there were no cities on earth with 10 million people, and now there are quite a few ... and that really matters to pandemic risk. You give a virus in particular the chance to take root in a very dense place.

Now, let's be clear. The solution does not mean, "Let's stop living in cities and stop flying." Those are not viable or even wise decisions. The decision is, in the recognition that we gain so much from living in cities and from being connected, that we need to prevent these pandemics at their root. And the root of these pandemics has everything to do with how we're doing business with the biosphere.

On deforestation and agriculture: 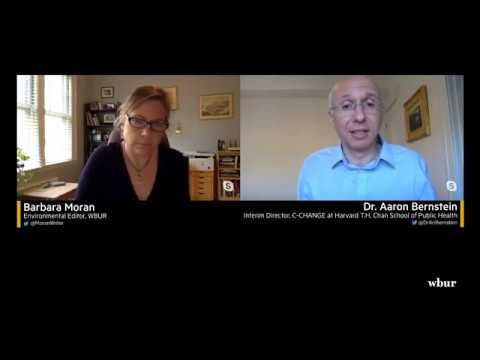 Bernstein: I should mention there's another piece to this that connects to pandemics and climate, which is that the leading cause of deforestation in the world is agriculture. More forests are being chopped down to raise food. In the Amazon, it's for cattle ranching. In West Africa, it's for palm oil, and in Southeast Asia it's for palm oil. Most of that is happening to drive local economic needs — people need an income.

So, it turns out there [was] a wonderful period in Brazil, between 2005 and 2012, where ... the global community was able to essentially find ways to provide financial incentives to Brazil to protect its rainforests. Essentially, giving money to Brazil to say, "This carbon in your forest is worth something to us as a global community."

By the way, deforestation is not just bad for pandemic risk. It brings out a lot of diseases locally, like malaria and dengue ... The important part about that was the cost of doing that was far less than people expected, and agricultural yields actually increased in Brazil in that period ... and there is less disease emergence. Again, you prevent deforestation, crop yields were better, less carbon pollution, better health.

In a place like Southeast Asia, their slash and burn agriculture has caused fires that have killed a hundred thousand people at a pass from the air pollution. This connection between food, climate, health and risk of infections [is] real, and again, the great news is that these solutions are one and the same.

On the disconnect between expert knowledge and uninformed opinion: 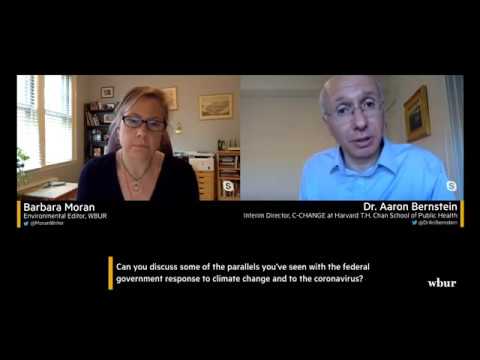 Bernstein: One thing that's clear is that science is not another belief system. Science is a system. It is an imperfect system. But it does lead to discovery of realities that can really make people healthier. And an armchair scientist — having a relative who's a scientist — is not the same thing as someone who spent their career focused on a specific issue and and understands it thoroughly.

The issue I see right now is that there are many folks — we see them on TV all the time — who are immensely competent in terms of their knowledge. [Director of the National Institute of Allergy and Infectious Diseases Anthony] Fauci has been doing this forever, starting with HIV as one good example. But there are lots of other people who are are essentially claiming knowledge over domains of which they have no worldly experience. And they're not humble enough to recognize the limitations and the risks of being so strongly opinionated about things that really matter to people's lives.