Last week, Hunter told ESPN radio that he’d been “called the N-word in Boston a hundred times” during his career. That led Hunter to put a “no-trade” clause in his contracts, preventing any deal that would have sent him to the Red Sox.

"And I always wanted to play for them. And it sucks," Hunter told hosts Mike Golic and Trey Wingo. 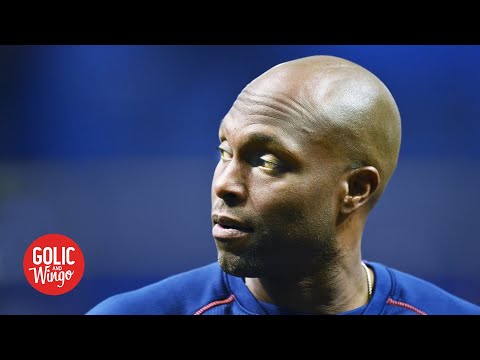 The statement that the Red Sox posted on Twitter was strongly-worded from the start.

“Torii Hunter’s experience is real," the team said. "If you doubt him because you’ve never heard it yourself, take it from us, it happens.”

There were seven reported incidents where fans used racial slurs at Fenway Park last year, the Sox said. And those are the incidents the team knew about.

“And it’s not only players," the statement continued. "It happens to the dedicated Black employees who work for us on game days. Their uniforms may be different, but their voices and experiences are just as important.”

The Red Sox added that they would identify how they can do better. The organization’s message concluded, “We hear you, and we believe you.”

Other Black players have detailed racist incidents at Fenway Park in recent years. In 2017, then Baltimore Orioles outfielder Adam Jones said he heard racist taunts at Fenway and had a bag of peanuts thrown at him.

In 2018, the Red Sox successfully petitioned to rename Yawkey Way. The road in front of the ballpark is now called Jersey Street. The name change followed years of debate, based on allegations that former Red Sox owner Tom Yawkey was racist and resistant to signing Black ballplayers. The Red Sox became the last major league team to integrate when Pumpsie Green joined the team in 1959.