Once upon a time, the filibuster was part of a uniquely American idea of standing up for principle — even if you're outnumbered. That theme was at the heart of Frank Capra's 1939 movie, "Mr. Smith Goes To Washington": Jimmy Stewart plays the young, idealistic Sen. Jefferson Smith, who tries to block passage of a corrupt appropriations bill with a talking filibuster — refusing to give up the U.S. Senate floor.

"No, sir. I will not yield," Smith declared in one of the film's pivotal scenes. 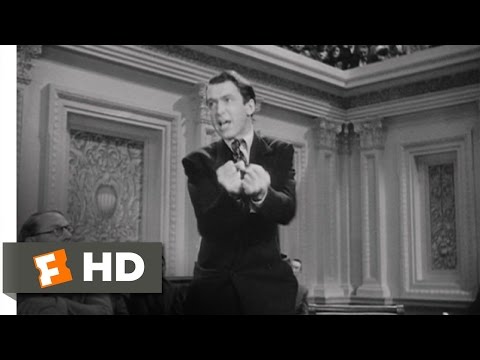 Smith held the floor for 24-straight hours — until he collapsed with exhaustion. But his efforts exposed the corruption and blocked the bill. That was Hollywood's view of how Washington could work, and according to Adam Jentleson, "[The film was] an accurate depiction of how the filibuster was deployed in those days."

Jentleson, a progressive strategist who worked for Democratic Sen. Harry Reid, is the author of "Kill Switch: The Rise of the Modern Senate and the Crippling of American Democracy." He argues that over time, the filibuster changed — from a procedure to give one senator a chance to persuade his colleagues across the aisle, to a legislative sledge hammer that allows the minority to kill legislation supported by the majority. That's because in the modern Senate, it takes 60 votes — rather than a simple majority — to stop debate and move a bill to an up or down vote.

"We've come to accept that the 60-vote threshold is sort of a normalized part of the Senate," Jentleson said. "But this is a recent thing."

"We've come to accept that the 60-vote threshold is sort of a normalized part of the Senate. But this is a recent thing."

'The Filibuster Must Go'

As Jentleson pointed out, throughout most of the Senate's existence, simple majorities determined if bills passed or died. But that changed in a big way during the push for civil rights — when southern senators used the filibuster to block civil rights legislation.

"That was the major contribution of the Jim Crow era by the southern white supremacist senators, to finally use the filibuster to actually stop bills altogether by raising the threshold for passage from a simple majority to a super-majority," Jentleson explained. "And this is sort of the principal source of gridlock in our federal government today."

With a series of executive orders addressing everything from climate change to immigration to COVID-19, President Biden has quickly begun to push his agenda forward. But progressives like Jentleson argue that unless the Senate does away with the filibuster, Biden's more ambitious legislative goals will stall.

"The filibuster must go," Sen. Ed Markey told WBUR recently. "It's something that's rooted in a racist past, and it's used today as a way of blocking the progressive agenda, which President Biden is proposing — [including] environmental justice, racial justice, economic justice."

Sen. Elizabeth Warren said she also favors ending the filibuster, which she argues cripples any effort to pass progressive legislation.

"The filibuster is giving a veto to the gun industry," Warren said in a Democratic presidential debate last year. "It gives a veto to the oil industry. It's going to give a veto on immigration. ... We are willing to roll back the filibuster, go with the majority vote and do what needs to be done for the American people." 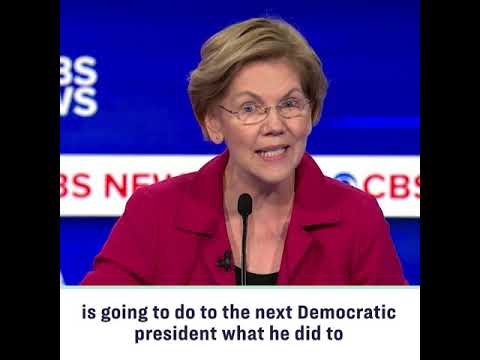 The politics around this are fraught. With the filibuster gone, Senate Democrats could pass everything from the Green New Deal to Medicare for All with a simple majority. But Senate Minority Leader Mitch McConnell said they would pay a price.

"When Republicans next control the government, we'd be able to repeal every bill that had just been rammed through," McConnell said recently on the Senate floor. "And we'd set about defending the unborn, exploring domestic energy, unleashing free-enterprise, defunding sanctuary cities. You get the picture."

'You Need Some Buy-In From The Other Side'

A number of moderate Democrats also oppose killing the filibuster, including academic Richard Arenberg, who takes McConnell's warning seriously. Arenberg teaches at Brown University and is co-author of "Defending the Filibuster: The Soul of the Senate," a book he wrote with former Senate parliamentarian Robert Dove.

After working on Capitol Hill for more than 30 years with three different senators, including Paul Tsongas of Massachusetts, Arenberg said he believes calls to kill the filibuster are "short-sighted."

"[Every time] I brought any kind of legislative proposal to one of those senators the first question [they asked] was, "'Who's my Republican co-sponsor?' " he recalled. "Because every senator understands if you're going to get anywhere with your legislative proposals, you need some buy-in from the other side."

With regard to how those segregationist senators used the filibuster, he said: "It was evil. Immoral." But, he argued, that doesn't make the procedure itself evil, adding "I don't accept that."

Instead, Arenberg argued the filibuster cools the legislative temperature and offers a degree of protection for whichever party is out of power.

"Progressives, at least the ones in the Senate who are now clamoring to get rid of the filibuster, weren't doing that in 2017 when Trump took office with majorities in the House and the Senate," he said. "So that's why I say it's short-sighted."

According to Arenberg, polarization is at the root of the crisis in Washington — and killing the filibuster would only make it worse.

On the other hand, use of the filibuster spiked in the past decade — particularly by Republican minorities. And Democrats like Markey are ready to push back.

"I believe that ultimately it's inevitable that we have to repeal the filibuster," Markey said.

Moderates might need convincing. But they'll face a tough choice: give up on key parts of the Biden agenda — or kill the filibuster.

Correction: An earlier version of this story misidentified the co-author of Richard Arenberg's book. The post has been updated to reflect that his co-author was former Senate parliamentarian Robert Dove. We regret the error.

This article was originally published on February 03, 2021.