It’s no shock that with what’s going on in Russia right now Pussy Riot would be in the thick of it. No rock band — if that’s what Pussy Riot is, and that’s really only a slice of what they do — has ever been as consistently politically active and agitated as these women.

Approximately 5,100 people were detained across 95 cities protesting the arrest of Alexei Navalny as of Jan. 31 — Vladimir Putin’s antagonist critic and alleged poisoning victim — and on Feb. 2 another 1,400 were arrested in Moscow and St. Petersburg after his conviction.

For nearly a decade, Pussy Riot has been online, on television (from real-life protests to a guest stint on “House of Cards”), in our faces and sometimes in jail. It was started by 15 women and the group usually has dozens of members now. The credo: Anybody can be in Pussy Riot — there’s no set number of participants.

“It’s really dozens of people and the core depends on what the action we are undertaking is,” she continues. “When it comes to music, I am the core, but other people do things with our other media projects…there are a lot of people who are just involved from time to time doing political action under the name of Pussy Riot. It’s truly a membership of dozens of people.”

Two of its members, Masha Alekhina and Tolokonnikova, served nearly two years in prison, having been convicted of "hooliganism" motivated by "religious hatred.” This stemmed from a protest performance/video shoot called “A Punk Prayer” at a Moscow cathedral in 2012 condemning the Russian Orthodox Church’s close ties with Putin. The protest was squelched by police within 45 seconds.

Did Tolokonnikov feel any sense of pride about her action and its result?

“I did not feel any pride being in jail,” she says. “It is one of the worst experiences of my life and it’s a terrible, debilitating, degrading experience. But that being said, it was not the end of the life. It did not stop me and it taught me about conditions in prisons. And I’m really passionate about prisoners’ rights ever since I got out of there. It was an affirmative experience for me, but it also caused trauma that I’m still coping with.”

Though they’ve released 14 songs and videos — “Kill the Sexist,” “Mother of God, Drive Putin Away” and “Make America Great Again” among them — Pussy Riot has yet to release an album. But that is slated to change later this year with the album “RAGE,”; the rush-released title track and video came out Feb. 1, the video shoot — with over 200 LGBTQ+, feminist, anti-authoritarian young Russians — was raided by the police shortly after the team started filming. It’s edited from bits and pieces of what Pussy Riot were able to film before being interrupted. 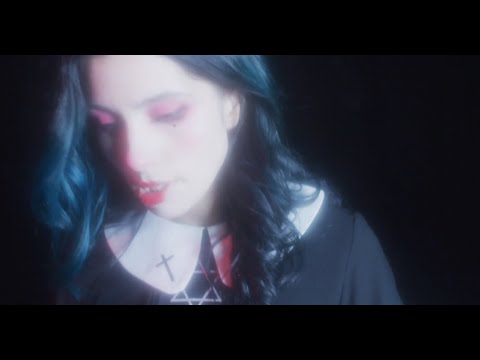 In the song, Tolokonnikova casts herself as a witch in a mob scene, scream-singing (in Russian with English subtitles), “I’m going to laugh on the day of my execution because I’ll learn all about your shady deals/ Those who judge me today will go missing tomorrow.” The video includes the stopping of the production by police. A cop asks, “What kind of video?” “A good one,” replies Tolokonnikova. It was shut down, the cop says, because it “contains propaganda of homosexuality among minors.”

Pussy Riot came to the Boston area for a talk at Harvard University in 2014. They performed at 2018’s Boston Calling music festival, part of their first, small-scale U.S. tour. They had a date slated at the Cambridge music venue The Sinclair on March 31, 2020 that was scuttled because of the pandemic. (A tour is planned for whenever the restrictions lift.)

Billboard described a Pussy Riot gig in 2017 as having “towed the line between concert and spectacle.” The music is a mélange of electro-clash, screamo, metal, hip-hop and punk. Abrasive, in your face, riff-based — it is music born of turmoil that sounds tumultuous.

“I’m in charge of writing all the songs and when it comes to performing them with a touring band,” Tolokonnikov says, “so, for me, music is as important as politics. My role is that every song that I write is about political topics.”

“RAGE” came out just two days after Pussy Riot’s Masha Alekhina was detained and put under house arrest in Moscow. She faces two years in jail for posting protests on social media and participating in live protests over the arrest of Navalny.

“This is the best song I’ve ever written, so I’m really proud of it,” says Tolokonnikov. The rage, she adds, “comes pretty naturally. You never know what you’re going to wake up to. The anger comes naturally because my government is not ideal; my government is oppressive.”

On Wednesday, Feb. 3, Tolokonnikova joined French director and experience designer Nelly Ben Hayoun for a discussion forum called “Free Navalny, Pussy Riot, and all Political Prisoners,” streamed on the band’s YouTube channel. MIT professor of linguistics emeritus and prominent leftist, Noam Chomsky was slated to join, but bowed out for unspecified reasons. (On Tuesday, Feb. 2, Chomsky said over email that although he hadn’t closely followed Pussy Riot’s career or music, he “agreed to appear just to make a statement against repression.”) Tolokonnikova hopes to reschedule the panel with Chomsky. 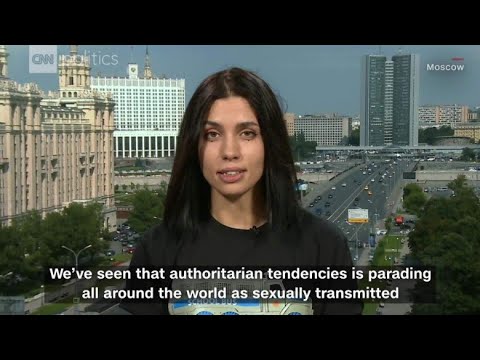 Navalny’s fate, Tolokonnikova says, “literally depends on the people of Russia and the protests of Russia. Navalny was put in prison for two years and eight months and now we’re going to get released earlier if we put enough pressure on the government to release him.”