The Cambridge indie band Morphine garnered a global following in the late '80s and '90s with its slow, low rock sound and Mark Sandman's deep, crooning voice. But the lead singer's life was cut short when he died of a heart attack on stage in Italy in 1999.

It turns out Sandman left behind a trove of recordings being released on April 16 for the first time on two albums. He made this music with a “secret band” known as Hypnosonics.

In the mid-'80s, before Morphine existed, Sandman started gathering a cohort of local musicians from other groups to play at clubs. And it seems he understood one thing about human nature: people love secrets.

“Mark would end every show telling everybody not to tell anybody that they had seen the band, which was, you know, a joke,” Mike Rivard recalled, “but it also, I think, gave it kind of a feeling of we're in on some secret that no one else knows about and let's keep it that way.”

Rivard, a jazz bassist, auditioned for Hypnosonics in 1987 after graduating from Berklee College of Music. “As a bass player, it was kind of daunting to join a band led by a bass player,” he admitted. “Mark didn't play bass in Hypnosonics, but he knew what he wanted the bass to sound like.”

Which was clean, simple and served the songs without any fancy flourishes.

Since 1998 Rivard has been playing in his Moroccan-infused psychedelic dub collective Club D'Elf. He combed through archives to pull songs for the two new Hypnosonics albums “Drums Were Beating: Beyond the Q Division Sessions” and “Someone Stole My Shoes: Fort Apache Studios 1996.”

Rivard calls Sandman his “finishing school” and his first “drill sergeant in army of groove.” As Morphine's charismatic frontman, Sandman played a two-string slide bass he invented, but with Hypnosonics Sandman revealed a different side of himself on guitar.

“He was a guitar player from his folkie days in the '70s where he was a guitar-strumming, long-haired hippie in the mountains of Colorado,” Russ Gershon said. He founded the big-band Either/Orchestra in 1985 and he played saxophone with Hypnosonics from 1986 to 1999. Gershon and Rivard described the band as a spontaneous, freewheeling, low-stakes side project for all the musicians including Sandman.

“I think it was an opportunity for [Sandman] to play in a much more relaxed situation. There was no record deal, there was no label to please,” Rivard said. “And everybody else brought a lot of different influences to the band.”

“Most of the songs didn't have a lot of lyrics,” Gershon added. “There would be one or two verses and choruses worked out, but there was always room for a four to five minute instrumental excursion in most of them.”

When we met at Q Division Records in Somerville, Dana Colley recounted how he jumped at the chance to join the genre-melding Hypnosonics in 1989 with his baritone sax.

“To hear them live was to hear an opening, essentially for anybody who might have a horn sitting by,” he said. “This band was something of a folk legend in a way that was probably talked about a lot more than it was heard.”

Colley went on to play for a decade with Sandman in Morphine. The Hypnosonic's line-up changed over the years and has included musicians Jay Hilt — who Sandman encourage to play a piece of plywood instead of a cymbal — Either/Orchestra trumpeter Tom Halter and drummers Jay Hilt and Jerome Dupree.

Listening to the newly released Hypnosonics' songs take Gershon back to the community of the 1980s and 1990s that filled the clubs in Cambridge including the Lizard Lounge, the Middle East and the Plough and Stars. The secret band performed there on alternate Tuesday nights in Sandman's absurdist variety show dubbed the Subsonic Review.

“There was a whole art scene there of musicians and artists, and just our whole generation, of people that came up in the heyday of early punk rock in Boston,” Gershon said. “And this band was a kind of a party for that crowd. It's a nice memory, but I think the feeling of it comes through the music – it's not just a nostalgic trip for the people who were there.” 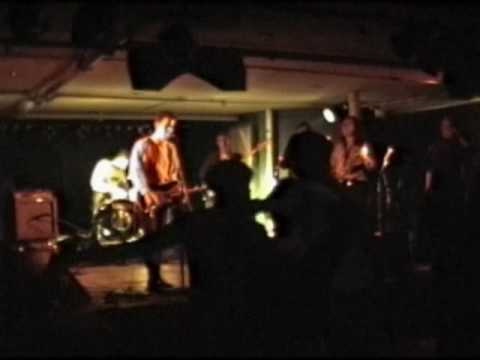 As they jammed on stage Sandman channeled a vibe of reckless abandon, Rivard recalled. “I think I laughed more playing those gigs than any others,” he said. “It was a fun atmosphere, it was obvious that he was having a good time, and it was infectious.”

In videos of Hypnosonic's shows Sandman casually banters with the audience, sharing backstories that inspired the songs. Their playground did have some rules, though. Sandman would say, “rehearsal is death,” so the half-dozen musicians would usually roll with riffs he introduced as they meandered their way through their song experiments.

It was Sandman's way of working out ideas with others, according to Colley. “You could hear him thinking in his playing, stumbling around a little, looking over at the horns and egging them to do what he was doing on the guitar.” Their call-and-response exchanges fill the new in-studio recordings.

As for Sandman's lyrics, “he had notebooks filled with poetry and writings,” Rivard described, “and he would just start going through and coming up with lines trying different things.”

In “Like a Damn Fool” the horns rise and fall to meet Sandman as he throws his words around. “And the people in the room they talk fast and loud,” he sings and the other musicians answer with their voices and their instruments before descending into lush, energetic, improvisational grooves.

For Colley, listening to the newly released recordings reminds him of how much he loved Hypnosonic's sound. “Mark is a part of it – and that's what's beautiful about it – because he's not the star, he's just one of the guys,” Colley said.

He called Sandman the ultimate frontman who allowed everyone to take chances. As Gershon put it, “Sandman was the ringmaster, but he wasn't the acrobat.”

Hypnosonics served as a lab where Sandman developed musical ideas and lyrics he later recorded with Morphine, including the song, “French Fries With Pepper,” which appeared on the 1997 album “Like Swimming.”

Rivard said sometimes it was a point of contention. “It was tough to hear songs that we considered ours done by another group, but we all understood that Morphine was the group that had the record deal,” he remembered. “There was talk about eventually doing a Hypnosonics record that never came to pass because, you know, Mark passed away before it could.”

The two new albums of Hypnosonics' studio recordings were made at Q Division and the now-gone Fort Apache. This revival project brought the musicians together during the pandemic and Gershon said it was part of his healing process after contracting COVID-19.

Rivard worked with the record label Modern Harmonic and the songs they selected had already be mixed and were largely ready to go. “There wasn't a lot of post-production necessary,” he said, “and releasing anything these days is all about keeping it on the cheap as much as possible.

Gershon drummed up memories for the liner notes and the albums' artwork evoke the black-and-white, self-published zines you'd find piled up at record stores, rock clubs and coffee shops back in Hypnosonics' day.

For Rivard producing the releases felt like a culmination of a long story that was more joyful than sad. Each of the musicians said they've processed Sandman's tragic departure over the years together and on their own. Now they feel it's important for these musical vestiges to see the light of day.

“I don't know if Mark would agree with this,” Rivard continued, “but it felt like we were kind of giving something back, you know, sharing this music that he had done that I think he would have wanted to share with the world.”

At least that's the hope.

The musicians have kept Mark Sandman's spirit alive over the years with tribute bands including Orchestra Morphine and Vapors of Morphine. Now that Hypnosonics' secret is out they suspect the friend they miss so dearly will let them know what he thinks.

“Mark has a way of visiting when we reunite to play his music, he has a way way of letting us know that he's still watching and strange things happen,” he said, “there's weather disasters or power outages – it's like he's still trying to exert a certain amount of control over this work.”

They hope no hailstones rain down as the two albums drop on Friday.