In the closing moments of Mercet’s “Mirst,” a recording of a man speaking fades into the lush, melancholic harmony of strings. “There are two parts associated with our self beyond the senses: The mind, and the intellect.” He continues: “If the mind is still, the senses are still; if the intellect is still, everything is still.” It’s the voice of Dr. Sekhar Boddupalli, a biochemist, Hindu spiritual leader and father of Sai Boddupalli, the Boston-based multi-instrumentalist and producer who now makes music as Mercet.

“He’s talking about using sound, the sound of religious chanting, or the sound of meditation to still your mind and thoughts and bring you closer to a spiritual objective,” Boddupalli tells me about his father’s appearance on his debut album “VIMS,” a deeply contemplative and emotive body of ambient electronic work released in early April. “I heard that and I thought, ‘This is it, this has to be in it.’”

Surrounding his father’s thoughtful offering is music that is practically buzzing. From the early moments of ethereal album opener “Birdsong” to the bursting rhythms of the finale “Happy Birthday,” the experience of “VIMS” is like watching a flowing body of water contouring an assorted terrain. It’s not a series of songs, but rather a single piece that pulsates and contorts. It’s a beautiful blend of organic life and digital manipulation, one that rivals that of Baths and Boards of Canada, two contemporary pioneers of that subgenre.

“If the intellect is still, everything is still.” This message is the only spoken language throughout the album, but it’s a statement so pure and profound that perfectly encapsulates its subtext. The creation of “VIMS” was imbued with an effort to achieve stillness and the turbulence it entails. On the journey behind Mercet, “VIMS” and the tumultuous year of 2020, Boddupalli offers an austere recollection: “The world felt like it was crumbling, and I, in parallel, was crumbling with it.”

In late July of 2020, after facing what seemed like an insurmountable barrier of depression, Boddupalli attempted suicide. What followed was the harrowing experience of spending five days in a windowless emergency room with denied access to simple amenities, like a shower or a cup of coffee.

It was in the subsequent period of recovery — intensive group therapy, access to medication and medical professionals — where the desire to shape his focus into a new side project began to sharpen. But navigating the creative process correctly was of the utmost importance.

“I didn’t want this music to be my healing,” he says. “It was very important to me, when I first started working on this, for the album to not get caught up in this web of what I was going through. I want to be able to listen to this in the future and not feel immediately reminded of the trauma. I need this to be a thing that lives on its own.”

Mental health has been a constant battle for Boddupalli since he was a teenager growing up in Palo Alto, California. His early interest in music ultimately led him to Berklee College of Music as a guitar student with interests in film scoring and composition, though the transition to a new coast brought on a new set of challenges. “I wasn’t prepared for the seasonal depression; it took a huge toll on me,” he recalls, as we venture again into sensitive territory.

In the mid-winter of 2011, emotionally destitute and without the help of a support network, he attempted suicide for the first time. “After that, after not seeking out the resources that I needed, everything took a nosedive,” he notes, detailing his rocky grades and dissociative behavior, his struggles often kept quiet and private.

"I want to be able to listen to this in the future and not feel immediately reminded of the trauma. I need this to be a thing that lives on its own."

But music alleviated this cumbersome weight. “I’ve always been more drawn to the live aspect of music,” he observes. “For me, it’s about wanting to be in front of people, and having that huge emotional connection that only live music can bring.” By the mid-2010s, Boddupalli began playing and contributing to two of Allston’s most beloved underground bands — Animal Flag and Really From, formerly People Like You — two groups that would ultimately change his life; Animal Flag would yield some of his closest collaborators; he met and fell in love with Really From’s Michi Tassey, who is now his fiancée.

After several years of touring and working on music with both bands — and after a stint as the restaurant manager for the Middle East Restaurant and Nightclub — Boddupalli began to feel an unhealthy burnout. He was struggling to maintain his newfound sobriety, and the turbulence of his mental health began to kick in once again. In April 2018, he stepped away from Really From, and left the Middle East a few months later following sexual misconduct allegations against owner Joseph Sater. Then in August, Animal Flag disbanded.

“After not being in those bands, and after the Middle East stuff, I was really disillusioned by music, quite frankly,” he says. He left music altogether shortly thereafter and began focusing on his sobriety, physical health and a new job at a nonprofit.

As 2020 began in earnest, Really From — with production already underway on their stellar self-titled effort (released in March) — brought Boddupalli on board as a producer, engineer and instrumentalist on the album. The process reignited his creative fire. “I had no experience [engineering] until March of last year,” he recalls. “That showed me that I could make music on my own again if I wanted to.” (Really From recently announced that Boddupalli will be rejoining the band.) 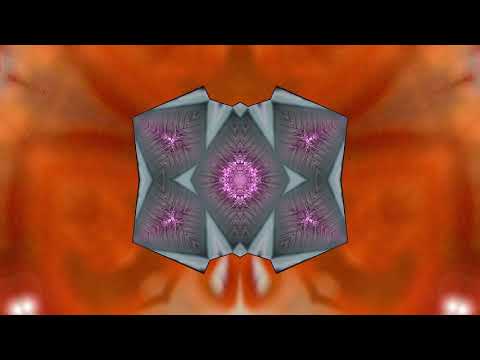 He began experimenting more with his own music as quarantine restrictions blanketed the globe, and the music industry was seemingly put on hold. While this period proved creatively fruitful, the results of isolation and quarantining spurred him to backslide into old destructive habits. He began drinking more heavily and withdrawing socially.

When detailing his subsequent stay in the windowless emergency room, he recalled a few thoughts of significance. For one, he felt hope and exalted the brevity of human life. And conversely, he lamented the mental healthcare system in this country, a complex that excludes many who need seemingly unattainable resources. Those familiar with the fragility of mental illness will read this and recognize the immense battle undertaken by Boddupalli for the last decade; the burden is quiet, but unimaginably difficult.

"I've tried to approach this music parallel to my experience, rather than a documentation of the experience."

“I’ve tried to approach this music parallel to my experience, rather than a documentation of the experience,” he notes of creating the album during his recovery.

“I feel incredibly grateful,” he adds, meditating on a project that encapsulates a year of immense internal conflict and triumph. “I spent a moment reflecting on what this meant to me and I realized I had met my objective with this project, which was to finish it.”

“VIMS” borrows its name from an infrared mapping spectrometer that takes pictures of our solar system. If you look at the images it produces, like that of Saturn, you see a mammoth planet floating in the stillness of space. But despite its titanic grace, the organic chaos and spontaneity under its surface would challenge any notion of stillness. Boddupalli’s album offers a similar abstraction; within the body of work, you’ll find endless complexity and intricacy that comprises an atmospheric stillness. But beyond the music, his story of recovery shows the path to stillness never actually ends; it’s a journey that requires small steps, one day at a time.