Running along the roads and trails throughout Greater Boston, I always wonder “What did this look back when…?” I love to imagine the farms that once existed in Somerville or what the historic homes looked like when they were first built. On Saturday, the West End Museum is offering a walking tour through time along the Middlesex Canal. (An event that really floats my boat! If you don’t quite get this lame attempt at a joke, you will after going on this tour.) If historical adventures aren’t your thing, there are a number of other ways to spend your time this weekend, from exploring a Juneteenth art exhibit to checking out the Roxbury International Film Festival.

During the pandemic, artist Virgil Abloh, who is the men’s artistic director at Louis Vuitton, turned the traditional fashion show on its head. Since it couldn’t happen on the runway, Abloh created a stylish short film of elegantly dressed men skating, dancing and strutting through marble hallways to show his fall/winter 2021 collection. (An exhibition of Abloh’s work is also opening next week at the ICA.) He and performance choreographer John Johnson will be in conversation with ICA curator Ruth Erickson to talk about the inspiration for the aesthetic of their film.

The Roxbury International Film Festival moves into its final weekend with in-person screenings at the Museum of Fine Arts. Jamila Wignot’s captivating documentary “Ailey” wraps up the festival on Saturday night. Wignot uses archival footage to explore the life of dancer and choreographer Alvin Ailey. She traces his life from Depression-era Texas all the way to the Kennedy Center Awards, where he was recognized for a lifetime achievement award. The film is punctuated with beautiful dance scenes that make clear why Ailey’s legacy lives on.

'Essence: In Celebration of Juneteenth'

At the 13FOREST Gallery in Arlington, artist Cedric “Vise1” Douglas has curated an exhibition commemorating Juneteenth. The show comprises works from 15 Boston-area artists working across mediums and honor civil rights leads, recognize racial violence in the country and celebrate Black joy and resilience. Participating artists include Ekua Holmes, Ayana Mack, Chanel Thervil, among others — all individuals Douglas has encountered throughout his career and whose art excited him.

'Threads of Assumption: the Biases You Weave'

The multi-talented artist Maria Finkelmeier, together with collaborators Sofie Hodara, U-Meleni Mhlaba-Adebo, and Martha Rettig, has created an interactive performance and installation on view at Studio 170 in Back Bay. The women gathered stories of bias, which had been shared anonymously online. Then, using artificial intelligence, they translated the stories into data sets, which they further transformed into weavings and sound compositions. There will be live music and poetry performances on Thursday and Saturday, and the installation is on view through Sunday afternoon. 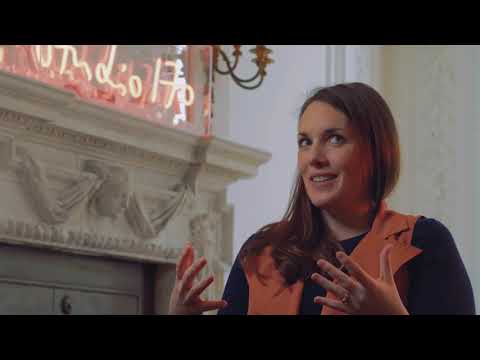 Join West End Museum board member Bill Kutner on a three-mile walk through history along the Middlesex Canal. The channel was authorized in 1793 by Gov. John Hancock and linked the Boston Harbor with the Merrimack River. Before railroads, this waterway served as a way to transport goods for export to Europe and provided materials for Boston. According to the museum, the granite used to build Massachusetts General Hospital and many of the Beacon Hill mansions taveled down the canal. Learn about post-Revolutionary Massachusetts and how the city on a hill came to be. The tour starts at 9 a.m. from the museum and ends at Sullivan Square.