This is an exclusive video premiere, part of WBUR's effort to highlight New England musicians. 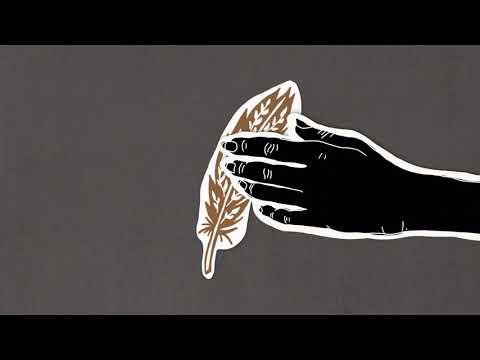 For a long time, songwriting was almost a form of therapy for Heather Maloney. She would write songs to remind herself of mistakes she’d made and patterns she wanted to break. (“I’m afraid to get a tattoo,” she says, “so I just put it in a song.”) But at some point, Maloney started to loosen up. “I started having a lot more fun with it,” she says.

Which is how she ended up inventing a breakup in order to write a song about it.

“I was kind of taking stock and realizing I hadn’t ever written a breakup song before,” says the Western Massachusetts singer-songwriter. “And, you know, it’s such a juicy human topic. Breakups are a great genre of songwriting because there’s so much possibility for drama and creating a story.”

As Maloney considered all the great breakup songs already in the world, she realized there was something missing. “I was noticing that most breakup songs have a clear victim and a clear villain,” she says. Breakups, Maloney thought, were very often about apportioning blame — to oneself, to the other — rather than taking responsibility. “I just remember thinking, ‘What if I wrote a breakup song about blame itself and its role in our failed relationships?’”

The result is “Perch-less Bird,” an exuberant song about the demise of a romance. “I see blame/ It’s a perch-less bird/ It’s an old refrain/ It’s a tired vulture,” Maloney sings. She inhabits a character who readily admits to their part in a breakup, but refuses to wallow in self-recrimination. Self-blame, Maloney points out, isn’t the same as taking responsibility, and can actually be counterproductive. When you hurt someone, the instinct to self-flagellate makes it hard to see the other person's pain. “It’s still all about 'me,'” Maloney says. “That’s not helpful, either.”

In “Perch-less Bird,” regret sort of sounds like joy, and ambivalence is the main emotion. “I never really wanted to leave,” Maloney sings. “I just wanted you to go.” The only thing she’s sure about is that the vulture circling overhead — blame — never be allowed to gain purchase.

Maloney is also a visual artist who specializes in linocut printmaking, and she designed the blocky, homespun illustrations in the music video for the song. (The video was animated by Jay Reiss.) In it, a woman goes about her day, discovering stray feathers among her belongings, which she collects in a bag. The shadow of a bird stalks her as she walks through a forest. When we finally see her face, it is masked, her eyes framed eerily by two hands in the shape of wings. She arrives at a cliff’s edge, and throws the feathers and the mask into the ocean.

The feathers represent “the little corners of ourselves [where] we’re harboring some kind of blame for ourselves or others,” Maloney explains. And as for the mask? “Blame isn’t inherent to who we are. It’s something that’s learned,” she says. “You can choose to wear it, or not.”