Countless choral singers haven't been allowed to do what they love during the pandemic. The risks associated with singing and spreading high concentrations of aerosols has kept them off stages and away from live, in-person audiences. Boston Pops conductor Keith Lockhart is empathetic.

“Wow, it's got terrible implications,” he said. “I feel really sorry for people whose major joy in life is being able to raise their voices in song.”

But now, after 20 months, the Tanglewood Festival Chorus is back with Lockhart for the return of the Holiday Pops concerts at Symphony Hall. As you might imagine it means the world to the vocalists, including Christina Wallace-Cooper. She's been belting it out for as long as she can remember.

“My mother is a fabulous tenor,” Wallace-Cooper said, “and we always had classical music all over the house, so it's always been an important part of my life.”

For more than 30 years Wallace-Cooper has cherished performing with the Tanglewood Festival Chorus.

“When we sing Beethoven's Ninth to close every season at Tanglewood, literally, I feel like I'm elevated off the riser,” she said. “It's just such a thrill and it's a full body experience.” 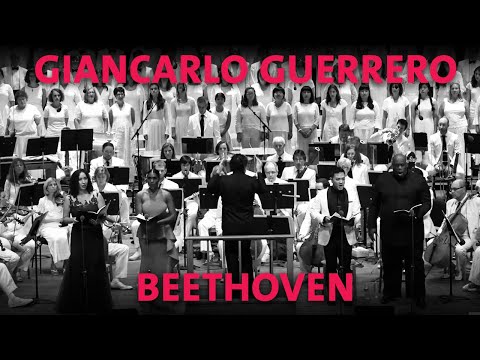 But Symphony No. 9 didn't happen at Tanglewood this past summer, or the one before. And the 180 chorus members weren't at Symphony Hall with the Boston Symphony Orchestra players when the venue reopened to the public in September.

“It's something that is really meaningful in our lives,” Wallace-Cooper explained, “and so for us to take a 20-month's time out has been incredibly challenging.”

Wallace-Cooper said her fellow all-volunteer choral members--some who've got day jobs as teachers, CEOs, attorneys--have felt bereft. They've craved the beauty and bond they only find together as a group. And they really missed each other.

As chairperson of the Tanglewood Festival Chorus committee, Wallace-Cooper helped create virtual ways to support the group and keep them singing safely from a distance. But for them, nothing compares to being together at Symphony Hall.

“We've been just waiting and waiting to be invited back,” the mezzo soprano said.

Finally in November the group was allowed to enter the hall for rehearsals leading up to the Holiday Pops concerts. Wallace-Copper was, and still is, over-the-moon. She said the experience of being on stage contributing to something larger than herself is profound and ethereal.

“It's like having this invisible netting between all of us, and it's full of light and it's shining,” she described, adding, “It's very hard to put into words, but we hope our audiences feel that because that's what we feel.”

One of the chorus's newest members, Jesse Liu, explained what it's like for him.

“I'm listening to my neighbor, I'm blending in with my neighbor,” he said. “Our intonation is the same. Our timbre is the same. We're cutting off our syllables in the same way. You have to be so attuned to all of that, and it brings you so close to the person who you stand next to.”

Liu grew up playing the clarinet and started singing in New York choral groups about six years ago. He joked that before then he mainly sang in the shower. The pandemic gave Liu the time to further hone his voice and take lessons. Then he landed a job in Boston and decided to try out for the Tanglewood Festival Chorus.

“I remember submitting a video for an audition,” Liu said, recalling how he told himself, “Let's just give this a shot--like you shoot for the stars--and maybe you'll reach the moon.”

After winning a spot with the chorus, Liu threw himself into preparing for his Holiday Pops debut.

He and Wallace-Cooper both said one or two voices could never capture the full glory of more than one hundred. Now Liu also feels grateful for the audience members who are also making their way back to Symphony Hall.

“They dealt with all of the parking issues, maybe they're chilly, they didn't feel like coming out,” he said, “but they came and here we are. And we've sung the 'Hallelujah' chorus 50 times in our lives, but it's their first time hearing it for the season.”

Tanglewood Festival Chorus choral director James Burton laments how hard the singing world has been hit by the enduring pandemic.

“Having that real-time feedback on your performance is what it's all about,” he said, adding the chorus members devote so much of their time and energy throughout the year, but especially over the holidays.

“During December, when we sing so many concerts, it's something which is a little bit addictive,” Burton explained. “We get into a rhythm of coming into the building, warming up, getting ready for the next concert--and then doing it all again probably within the next 24 hours or 48 hours.”

And this year they're doing that with a crucial part of their instrument covered.

“Singing with the masks is difficult,” Burton acknowledged, “but it just meant that everybody could come together once again, and that was important.”

Thousands of people will attend the Holiday Pops series that runs through Dec. 24, and Jesse Liu believes audiences need the solace of seasonal song more than ever.

“These are holiday traditions. I imagine people come back to this concert and listen to 'The 12 Days of Christmas' year after year after year,” he said, “and it's just so exciting to be able to give that back to them after they had to miss it last year.”