Back in 2009, Robyn Giragosian was in need of a place in Boston to perform her burlesque act. Onstage, she was Femme Brulée, and her routines usually involved an elaborate costume of her own making, which she then stripped off, piece by piece. Once, she performed a strip tease to Britney Spears’ “Piece of Me” in a pizza costume. (“A Pizza Me” – get it?) Another time, she did a number dressed up as a lobster, wearing a shiny red corset and tap dancing while she whipped off her fake appendages.

Giragosian was part of a group of performers who liked to do wacky, high-concept shows. The venues around town didn’t quite cut it. “We were performing at the YMCA in Central Square,” she says.

Then, Giragosian started to hear whisperings about a new space opening up on Arrow Street in Harvard Square—OBERON. OBERON was huge, with a catwalk above the bar and high quality sound and lighting systems. It even came with a tech crew to run it.

Instead of paying to rent the theater, performers tried to hit a bar sales minimum, and made up the difference in ticket sales. But if an event sold enough drinks at the bar, the space was free.

“To be able to, like, have a show and not have to put any money down to start the show was huge for us,” Giragosian says. “Because we [were] all, you know, broke artists.” 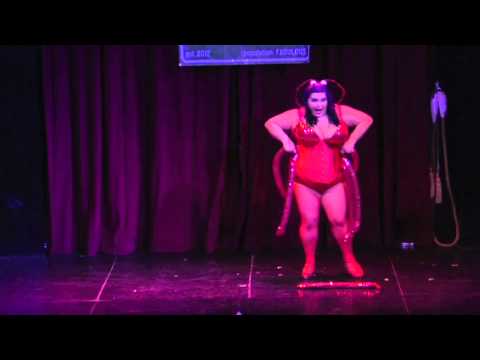 For the past 12 years, as the A.R.T. mounted Tony-winning musicals and sent no fewer than 9 productions to Broadway, Oberon became a home for performers like Giragosian: the burlesque dancers and the aerialists, the drag kings and the character actors, the musical theater nerds and the stand-up comics.

This September, the A.R.T. announced that it would not renew OBERON's lease in 2022. This month, OBERON closed its doors for good, after canceling its final run of shows in light of the omicron surge.

But the closure of OBERON, which is part of Harvard’s American Repertory Theater, is different from the typical tale of a small venue brought down by the pandemic. OBERON was dreamed up by artistic director Diane Paulus when she joined the A.R.T. in 2008. The beginning of Paulus’ tenure was marked by controversy—she did away with what was left of the resident acting company—and the creation of OBERON signaled her intentions to take the theater in a more populist (some said more commercial) direction.

The A.R.T.'s Arrow Street stage, at that time, was a black box—a flexible space popular in experimental theater.

“I was thinking, what is the experimental black box for the 21st century?” Paulus says. “And I thought, ‘Oh, I think it's more like a nightclub.’”

In the early 2000s, Paulus produced a popular show in New York called "The Donkey Show," an irreverent takeoff on Shakespeare’s "A Midsummer Night’s Dream" that took place inside a disco club. Paulus decided to revive "The Donkey Show," and rebrand the A.R.T.’s black box as OBERON, after the play’s fairy king.

Paulus wanted "The Donkey Show" to provide a blueprint for a different kind of theater—immersive, interactive, disruptive. She hoped the bar guarantee model would encourage what she calls an “entrepreneurial” spirit among producers, and incentivize them to create work that thrived in a nightclub setting. Plus, the bar sales brought in extra revenue for the theater.

“In the not-for-profit model, you’re always looking at other revenue streams,” Paulus says. “And concessions have always been a revenue source in entertainment, in general. So this was taking the concession model, and making it a little more core.”

OBERON took some time to find its feet. I know this, because I worked there as a bartender during those early years. The job sustained me through my twenties—and provided a rare window in the venue’s growing pains and evolution.

Back then, it all felt like a big experiment. On the nights that "The Donkey Show" wasn’t playing (it ran on weekends for 10 years), anything could happen. There was a musical performed on roller skates, and a really popular trivia night, and something called “poly speed dating.” The A.R.T. staged an early version of the musical “Once,” which later went to Broadway.

But what defined OBERON was its accessibility to local artists, from the amateur to the experimental. 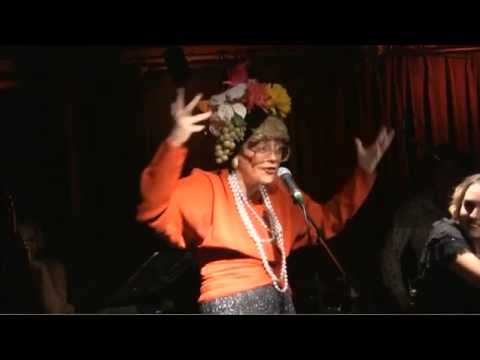 “Oh my god, we had so much fun. It was so bonkers,” says actor and comedian Petey Gibson. Gibson co-produced a monthly variety show at OBERON, called "Bent With Cabaret," which he hosted in character as a filthy-mouthed octogenarian named Mary Dolan. Gibson also frequently performed at OBERON with his drag king troupe, All The King’s Men.

“It was where I learned how to be a performer,” Gibson says, “and it was also where I was able to try on masculinity. I'm a trans man. … Drag is such a beautiful way to explore gender. That was, in retrospect, very helpful for me, to get to dance onstage in a suit and be like, ‘Oh, this is the feeling.'”

At OBERON, it was possible for a producer with zero capital to mount complex, high-tech shows.

“I didn’t have to rent tables and chairs. I didn’t have to rent audio equipment. I didn't have to rent lights,” says Jha D Amazi, who produced an annual variety show at OBERON for 10 years. “They could offer you guidance and mentorship. All you really had to do was explain the vision and the Oberon was like, ‘OK, here's how we're going to execute that.’”

Amazi’s show, "EN-ER-GY," centered queer artists of color. She says OBERON was unusually welcoming in a city that could be hostile to Black and brown audiences. “The folks at the door, the people taking the tickets, the folks walking you to your seat, were kind and respectful, and not aggressive and not dismissive,” she says. “I can’t tell you how many other artists were like, ‘Yo, Jha, how do I get a show at the Oberon?’”

Amazi remembers when she learned, this fall, that OBERON would not renew its lease in 2022. She cried at her desk.

“I was angry,” Amazi says. “And I was like, how are they—why are they letting this happen?”

The answer begins with the fact that OBERON never reopened after shutting down in March 2020, even as the A.R.T.’s Loeb Drama Center resumed productions on its main stage. Crucially, however, the Loeb did not open its concessions services, in order to keep audience members from removing their masks. OBERON could have done the same — but what would be the point of OBERON without the bar?

“When it was clear we would not be able to operate that venue for so many months due to COVID health and safety practices, we were just evaluating what [was] the best use of our money,” Paulus says. “How could we prioritize resources to artists and carry on the spirit of OBERON … without continuing to pay rent in a venue that we would not be able to use, as conceived, in this nightclub format?” (Paulus declined to say how much it cost to rent OBERON from Harvard, which owns the building. The space hit the market in November.)

But maybe the most important factor was the A.R.T.'s existing plan to move its operations to a new site in Allston in a few years, aided in part by a $100 million gift. “The vision is to be under one roof,” Paulus says.

In other words, OBERON was going to close anyway when the A.R.T. moved, so letting go of the lease early made sense.

“There's definitely a sadness about losing that lease, I think, because there's so much attachment to that space … and what it offered,” Paulus says. “But I think we're really excited to lean into, how do we do that in, you know, in 2022, moving forward?”

Paulus says that OBERON will help provide a model for what the A.R.T. builds in Allston. “I think that whole energy of OBERON, that idea of community building and entrepreneurial business models and social space and alternative revenue streams and experimentation and innovation … is something that I'm hoping will now explode into our whole building,” she says.

But to many Boston artists, OBERON’s closure means the loss of a precious resource.

“Where do we go?” Amazi says. “Like, where do we go, as artists, now? Spaces in Boston are so expensive.”

She believes the A.R.T. has an obligation to the producers and performers who called OBERON home.

“The responsibility remains: How do we support local artists, how do we grow and develop local artists, how do we create an environment in which Boston artists, particularly artists of color, don't feel like they have to leave here in order to be seen, to be heard, to be supported?” she says. “The A.R.T., I feel like, has a unique opportunity to set a trend for how that could look.”