It doesn’t take much prompting to get singer-guitarist Bob Wolfman to sing the praises of Jimi Hendrix, the superstar supernova guitarist who died in 1970 at 27 years old.

Sure, Wolfman says, people know the big songs — like “Foxy Lady,” “Purple Haze,” “Hey Joe” and “Little Wing” — and they instantly recognize his ground-breaking, psychedelic guitar playing. They may recall his incendiary rendition of “The Star-Spangled Banner” in 1969 at Woodstock (at least as seen in the movie) and, perhaps, when he set his guitar on fire at the Monterey Pop Festival in 1967. 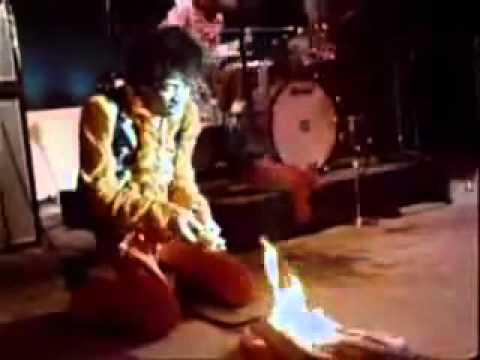 But what most people don’t know is this, Wolfman asserts: “They don’t realize how diverse and prolific, how much work he did in three short years. They don’t get what an artist he was. A modern-day Mozart, such a friggin’ genius on so many levels. He didn’t just bang out barre chords and power chords and riff away like a wild man. He constructed songs from beginning to end, like an opera or a symphony, all these different sections and parts, and he used the studio as an instrument.”

It’s these qualities Wolfman strove to convey on his new album, “Tribute To a Friend” — nine cover songs and two Hendrix-inspired originals — and a record release party and gig at Breakaway in Danvers on March 27 at 5 p.m.

The “friend” part of the album title is no stretch: When he was 15, Wolfman — then living in New York — met Hendrix at Manny’s Music store on 48th Street in 1968. He edged his way into a conversation and Hendrix was impressed with his enthusiasm and knowledge about electric guitar pickups and Fender Stratocasters.

Wolfman and the friend he came with left the shop with Hendrix, who invited them to join him at a restaurant for a steak dinner. Afterward, on the sidewalk, Wolfman bade Hendrix adieu as the guitarist was about to get into a cab. Hendrix had other ideas, and invited them back to his small flat in Greenwich Village to hang out. They stayed until dawn.

“We talked, we jammed, we drank wine and talked about music, what he wanted to do with it, and hot-wiring pickups,” Wolfman recalls. “The main focus was we were hoping music would really raise the consciousness of people worldwide, that it would really change humanity for the better, the philosophical, spiritual bent, if you will.”

They met up several times over the next couple years — Wolfman was in bands playing venues in the Catskills and Hendrix had a place in Monticello — and there were further jams. A 16-year-old Wolfman was onstage at Woodstock near the Marshall amps — “It was intense and immense and really life-changing. ‘The Star-Spangled Banner’ was so emotional because I felt what Jimi was conveying was his hatred and disgust with the Vietnam War.” 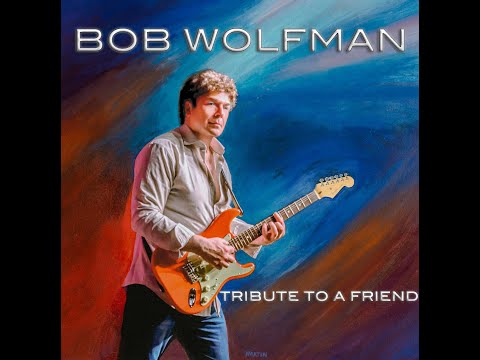 Hendrix’s light burned briefly but brightly, and he had an extensive posthumous run with at least 15 more studio albums. (Hendrix left a lot of tapes and unfinished music around.) And his legend has grown over time, much like other peers in the infamous “27 Club,” including Jim Morrison and Janis Joplin.

When Hendrix died in Notting Hill, London, Wolfman was devastated. “The bottom line is, when Jimi passed, I was catatonic,” he says. “I couldn’t talk for two months. I couldn’t stop crying. I was really depressed and angry.”

This tribute album had been gestating in Wolfman’s mind for years, but he had other gigs to attend to. He earned two degrees from Berklee College of Music. He recorded with Larry Coryell, Victor Bailey, Kenwood Dennard and Toni Lynn Washington, and performed with Chick Corea, Grover Washington Jr., Robben Ford, Arlen Roth and James Montgomery. He released four albums under his own name and played on hundreds of others and produced more than 150 artists. He ran Wolfman’s School of Music in Boston for 20 years until 2001 and currently helms a scaled-down version in Middleton, where he resides.

For the tribute album, Wolfman enlisted fellow Hendrix traveler Jon Butcher to produce. A one-time Grammy nominee, Butcher, who fronted the Jon Butcher Axis for years, had done his own Hendrix cover album, “Experienced,” in 2014.

“I think there’s a place for guys like me and Bob to find our own sweet spot,” Butcher says, “our own way of responding to the music that inspires us and so might inspire the people that listen. Bob understood the genesis and the crux of what Jimi’s music is and its roots in the blues and then [we found] how to approach it in a way that’s ours.

“As a producer, I try to be a collaborator. I want to get his vision and bring something to it. The thing that Bob brought to the project that was most valuable was an open mind.”

Their mutual mindset was to avoid the hits. “I didn’t want to do the songs that had been done ad nauseam by everyone under the sun,” says Wolfman. “I wanted to do the tunes that were less traveled, so to speak, less simple, more challenging stuff vocally and instrumentally. I’m a guitarist and compulsive about quality. Bottom line, I wanted to pick more obscure tunes nobody has done. I’m not trying to become successful on Jimi’s coat-tails by any means.”

In terms of approach, Butcher gave this advice: “We don’t have to stick to the scripture, but you have to refer to it. His music is kind of a sacrament and if you’re going to cover his stuff and put your name to it, the idea is to bring something to it which isn’t necessarily in notes, but in attitude. I think Bob did that; he brought his own sensibility to Jimi’s classic songs.”

Wolfman says his goals in making the album were three-fold: “To help keep Jimi’s legacy alive and turn on the next generation; to educate people that have preconceived notions or prejudices, if you will, and [to say] he didn’t just revolutionize the guitar, he revolutionized music.”