When most compelling, theater rings with truths. Truths about the world we live in and about ourselves. Currently, two one-person shows, "Too Fat for China" (April 29-30 at Watertown's Mosesian Center for the Arts) and "Burgerz," use lived experience to talk about a critical moment in the theater makers' lives and how those occurrences relate to larger social failings or realizations. For Gloucester memoirist and comedian Phoebe Potts, her battle with infertility and subsequently adoption delivered with humor and grace in "Too Fat for China" pushes her to cross uncomfortable boundaries in a racist, capitalist system. For the puissant British actor and theater maker Travis Alabanza, who is trans, a crushing assault makes them ponder our propensity for empathy for trans people amid danger and adversity.

At Alabanza's important show, presented by ArtsEmerson (through April 24 at the Paramount Center’s Jackie Liebergott Black Box Theatre), the actor says, you must bring your full self to the stage. That's one of the requirements the creative calls out when asking for volunteers. Alabanza needs help making a burger step-by-step onstage and eventually lands on a white, cisgender man to aid them.

The play — smartly directed by Sam Curtis Lindsay — part cooking show, part-elucidative commentary, delves into a violent act where a burger was hurled at Alabanza on London’s Waterloo Bridge in 2016. Alabanza says more than 100 people saw, but onlookers did not come to the rescue, offer comfort or confront the assailant. What Alabanza remembers most is locking eyes with one passerby, a woman, who looked at them, looked at the burger and the perpetrator, and continued on her way. That memory remains seared in Alabanza's mind. Well, that and the mayonnaise on their dress.

After the attack, the incredibly talented Alabanza became obsessed with the burger and wanted to "understand how it works, how it flies, how it smells, how it lands. And maybe I could have some agency over it."

The thought-provoking show — delivered with sharp wit and masterful stagecraft — is a critical reclamation. It starts with Alabanza's alacritous unpacking and assembling the kitchen that was tucked in a large wooden box. When that's complete, the artist and volunteer get to work. The first thing they must do is pick a box to put the burger in. But how can a burger unmade be categorized and boxed? Alabanza points out. What if it's not a perfect circle, or its shape changes while cooking? 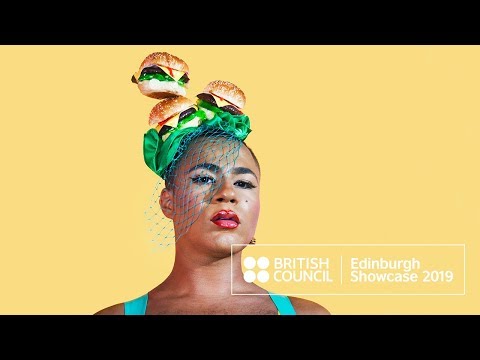 Burgers, like people, come in all shapes and sizes. For burgers, the toppings are where one gets to make the food their own. Sure, one can go wild, but there are expectations, Alabanza says, for a burger. The same goes for people. And that's the trouble of it.

Alabanza's journey gets picked apart or made fun of (at least in part) because it's visible. Alabanza talks of being tripped up the stairs, kicked out of a dressing room in Topshop, which was widely reported, and laughed at by a gaggle of school children. Since Alabanza is of color, some encounters are racialized, and Alabanza, who also has a soon-to-come book, "None of the Above: Reflections on Life Beyond the Binary," exploring identity through seven sentences that people have said to them, does not shy away from the hurt of it. Instead, the artist who leverages long bouts of silence and humor to convey their message charges ahead, poetically laying out the injury transphobia and racism cause. The show's bite isn't just about the chucked burger; it's about seeing Alabanza, who morphs in appearance from a one-piece jumper to a dress with purple suede heels, and the trans community as people worthy of all the same rights as everyone else.

Both Alabanza and Potts turned their experiences into art that aims to spur empathy with people around important issues. The emotional "Burgerz" narrative highlights the plight of the trans community, but more than that, it asks audiences not to stand by when anyone is harmed, but to act, empathize and just realize our shared humanity.

And Potts' exploration of the adoption system --co-produced by Gloucester Stage — both here and abroad put our nation's racist history center stage. Potts talks of relatives benefitting from being “turned white” (she and her husband’s relatives were immigrants from Ukraine, Poland, Hungary and Scotland) after the GI bill and how its exclusion of Black soldiers created a vast chasm between the haves and the have-nots. Only those with enough resources can navigate the adoption system Potts hates aptly, and she acknowledges her privilege. She notes how conflicting it is to buy a baby, especially a Black child (priced significantly lower than children of other races she says), that in China, her BMI is too high to adopt and how she stood by (in her lima bean stage of white supremacy, she says) without doing anything when a nurse made a racially motivated insensitive comment.

“Lima bean white supremacy,” Potts explains, “is when I'm faced with a nice juicy opportunity to interrupt somebody else's racism. And instead, all of my morals and values curl in on themselves. And I go mute.”

These uncomfortable moments laced with humor do not mask the damage done. Still, the laughter makes the pain palatable enough to (perhaps) ensure the stories' lingering impact after leaving the theater's seats. But hopefully, the work alerts us to some truths we might have missed along the way. 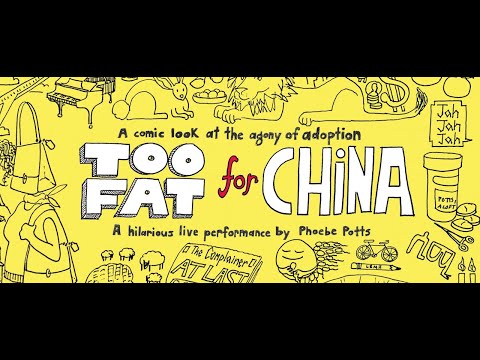 "Burgerz" presented by ArtsEmerson runs through April 24 at the Paramount Center’s Jackie Liebergott Black Box Theatre. "Too Fat for China," co-produced by Gloucester Stage Company, runs April 29 and April 30 at the Mosesian Center for the Arts in Watertown and streams on Vimeo through April 26.

Jacquinn Sinclair Performing Arts WriterJacquinn Sinclair is a freelance arts and entertainment writer whose work has appeared in Performer Magazine, The Philadelphia Tribune and Exhale Magazine.