Grammy Awards season is here, and — as always — a slew of artists with ties to Berklee College of Music joins the list of nominees. But this year, for the first time, the school submitted an in-house group's debut album — and it made the cut.

Listening to the Berklee Indian Ensemble's music is like taking a trip across India — through your ears — with dozens of performers from all over the world.

“Something like 130 people have been involved in the creation of this album called 'Shuruaat,' which is Hindi for beginning,” founder Annette Philip said.

This global ensemble's long, winding journey began more than a decade ago. When Philip left her professional career in India to study at Berklee in 2006, she noticed her homeland's rich culture was underrepresented at the prestigious school. “There were these little pockets where Indian music was being explored,” she recalled, “but more from a theoretical side, or just rhythms.”

After graduating, Philip became the school's first Indian musician on faculty. She remembers being given a blank canvas to create something new — and needed — at the school. For her, establishing an expansive, performing collective was a no-brainer.

Philip proposed a group for Berklee that would explore everything from Indian folk to Sufi traditions to Indo jazz, Bollywood and contemporary music. Maybe, she mused, they could even compose originals in the future. Philip remembers asking, "You know, why not?"

The Berklee Indian Ensemble was born in 2010. Since then, about 500 students from 52 countries have deconstructed, re-arranged and performed a repertoire of Indian tunes that cross genres, languages and borders.

But Philip has taken the pioneering program even further. She invited Indian luminaries to participate in collaborative residencies with her students, including famed film composer A.R. Rahman. She said working with the icon, who crafted scores for acclaimed movies including “Slumdog Millionaire,” was like a dream come true.

One of the songs Philip's students re-imagined is a classic by Rahman called “Jiya Jale” from the 1998 movie “Dil Se.” She recalled how the ensemble really took off after Berklee posted a video of a 2014 recording session on YouTube. “It just suddenly overnight went viral,” she said, “And I think within a week, it had hit its first million.” 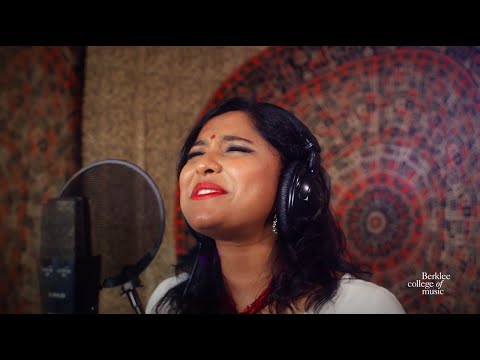 Now, according to Philip, 46% of Berklee's YouTube subscribers live in India. This level of engagement fueled momentum for touring and the ensemble's first album. Since 2016, an evolving army of students and alumni have recorded performances with other Indian stars, including Grammy-winning tabla master Zakir Hussain. You can hear his unbridled percussion (and passion) on the ensemble's version of “Lady L” by Shakti, Hussain's pioneering 1970s Indo jazz fusion group.

“When he came, our ensemble members from Israel, Iran, Brazil, India, Poland, Australia and Norway came up with this fantastic new arrangement,” Philip recalled. Having the rare opportunity to work and play with Hussain was a thrilling learning experience, she added. Everyone, including her, had to focus on just keeping time with the virtuoso. “He's just the epitome of rhythm," she said. "Everything he does has so much finesse, grace and sophistication.”

For composer D. Imman's Tamil film song “Sundari Pennae,” Philip said the ensemble branched in another direction with a grunge-inspired approach. “It has a fusion of progressive rock, Konnakol — which is South Indian rhythmic solfege,” she said of the vocal style that's similar to scatting, “jazz harmonizations and, of course, semi-classical Indian music.”

“Sundari Pennae” also features Shreya Ghoshal, the Bollywood celebrity who sang the original version. “Any song of hers is a masterclass in and of itself,” Philip said. “Just listen to her delivery, it's exemplary.” The visiting superstar was open-minded, Philip added, in terms of improvising and experimenting with the ideas the Berklee students brought to their sessions. 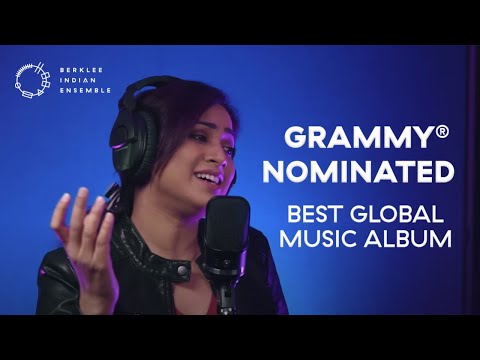 “We love all these ways to kind of stretch the genres, and to stretch our own musical ideas with these songs,” Philip said.

Then there are the four original compositions on the album, including “Pinha” by former student, composer and vocalist Dhruv Goel. Its inspiring lyrics are pulled from a ghazal (a traditional song form) written by the renowned, late Urdu poet Fatima Wasia Jayasi.

“The word 'Pinha' itself means 'hidden within,'” Philip explained. “And it reminds us that our inherent gifts may not always be immediately apparent, but that doesn't mean we don't have intrinsic gifts which we are meant to give voice and space to.”

When the night is at its darkest, it conceals the first rays of dawn within.

Like an oyster hides within itself a flawless white pearl.

And in the blink of an eye, destiny's are rewritten.

After years of sleepless nights, Philip is thrilled the Berklee Indian Ensemble's first album is finally out in the world. She's especially proud that during production the school group designed an equitable revenue system for all the performers, composers, arrangers, producers and engineers. “We signed 98 contracts, and I think it's important that this becomes the norm in the industry.”

Philip hopes this inclusive, cross-cultural collaboration between artists from 39 countries proves people of the world can work together — and that we're all more similar than we might realize.

“Maybe we don't need to define ourselves so much,” she said. “You know, maybe our identity could be one of a wanderer, one of an explorer, one of someone who's just waiting to experience all that life has to give. And I mean, for me, we're just meant to be expansive beings. We are expansive beings!”

Until early February, the Berklee Indian Ensemble's members will try to be patient beings while they wait to hear if they win the Grammy Award for Best Global Music Album of the year.