The film Black Swan, due Dec. 3, is a new take on an old cinematic trope: the ballerina whose quest for artistic excellence drives her insane. This time around, it's Natalie Portman who is on pointe between perfection and madness.

Portman, known for movies as diverse as the psychodrama Closer and the Star Wars prequels, plays a ballerina so obsessed with her craft that she becomes what is known in the dance world as "a bunhead."

Portman's character, Nina, pleads with her artistic director for the leading role in Swan Lake, but he's not convinced she is up to the task. He sees the discipline, the dedication, the desire for perfection; he doesn't see the instincts for passion and poetry.

Nina lands the part nonetheless, only to struggle with her interpretation while a rival dancer schemes to steal the role. The pressure eventually leads to a mental breakdown; throughout Black Swan, Nina literally tears away at her own skin.

"I just thought it was an interesting contrast to take something as beautiful as ballet and then add horror to it," says director Darren Aronofsky.

"But then I realized it wasn't that much different than actual ballets," he adds. "If you look at the great stories of the ballet -- Swan Lake, Sleeping Beauty, Romeo and Juliet -- they're tragic, they're gothic, they have horrific elements."

Though Black Swan may be the most recent -- and maybe the most extreme --  it's just one in a long list of films to cast dark and ugly shadows on one of the most beautiful art forms. 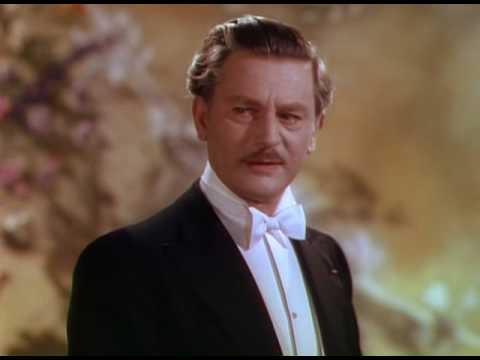 In 1948, The Red Shoes told the story of a ballerina named Vicky (real-life dancer Moira Shearer) who gets her big break, only to be broken by the situation she finds herself in. She's a true artist, driven to dance by instinct -- and falling in love with a young composer. Torn between the two passions, she eventually makes a choice that deprives her of both.

Things work out a bit better for Shirley MacLaine and Anne Bancroft in the 1977 film The Turning Point. The two portray middle-aged ballet dancers whose lives seem incomplete -- one because she left ballet to raise a family, the other because she seems to have nothing but an existence in pointe shoes. There's a classic exchange in which the two remember the defining moment that came as they were rehearsing for a prestigious new production:

"And you got 19 curtain calls," replies MacLaine's Deedee Rodgers, after a rueful pause.

In most ballet films, that choice between dance and domesticity is just one of many elements that cause emotional and physical pain. In fact, there are so many common elements in these movies that you could easily base a drinking game on them. You'd be chugging for each closeup of a blistered foot, each scene depicting endless hours of grueling rehearsals, each sudden career-ending injury.

Then there are the overbearing stage mothers, like the one played by Debra Monk in the film Center Stage -- a Fame-style drama set at a prestigious New York ballet academy -- who keeps pushing when her dancer daughter confesses that the stress and the strict regimen are making her "unhappy and sick."

But then the dreams of young cinematic ballerinas often become nightmares, not least because of the emotional duress caused by stern instructors and demanding impresarios.

"The depiction of the teachers and the directors in the films are very grim, aren't they?" asks Susan Pillare. "They're just horrible people -- and we're not."

Pillare danced with the real New York City Ballet for 16 years and now teaches at the School of American Ballet. She says ballet films tend to go overboard, and that dancers have a lot more fun in real life than they do on the silver screen.

But it's no mystery why moviemakers pump up the drama, she says.

"Real ballet life is not going to make a great movie," Pillare admits. "It's not dramatic enough."

Film critic David Ehrenstein disagrees. Just look, he says, at all the sacrifice required to become a great ballerina. Most begin their training when they are just a few years old.

"And your career is very short," Ehrenstein says. "A dancer's career only lasts as long as a dancer's body is able to do the work. That's great dramatic material."

That's why Aronofsky chose ballet as the focus for Black Swan. Originally, he says, the screenplay revolved around two actresses competing with each other off-Broadway. But the director says the world of ballet provided a much better canvas for a psychological thriller. Tutus and terror may not seem like a good combination at first glance, but Aronofsky says the mix has been working well with early audiences.

"The thing that's been most interesting is getting these guys who come in who have no interest in ballet and dance, and hearing them say, 'Oh, the ballet sequences were so beautiful,' " Aronofsky says. "So, getting that beauty next to the pain and the blood and the angst, it will hopefully give people something different to see."

And just maybe, Aronofsky says, that thrill will motivate moviegoers who have never seen a live ballet in their lives to check out the real thing.