As the NFL season settles in here in the U.S., on the other side of the world the Australian Football League is rounding out its season. The AFL — aka Australian rules — will hold its Grand Final -- their version of the Super Bowl — on Sept. 27.

The first thing to know about Australian rules is that there's no protective gear down under, or anywhere else.

"We don’t use pads and helmets and these chest things,” said Aussie fan Craig Watson at Stadium Australia, just outside Sydney. “Any day I'd play AFL over American football. We get to play with the ball more.”

[sidebar title="From The Archives" width="630" align="right"]In 2010, we reported on an Australian Rules Football club that sought an advantage by training in Arizona.[/sidebar]

Australian rules has its origins in Australia, where it began in the 1860s. But some of its roots go deeper: it's a combination of Gaelic football, rugby and a surprising third game:

"I would call it 'ping pong football,'” said Julie Campbell, who works at the stadium. "The ball goes up in the air. It's the first one to get it, and then it's the quickest member of the team being in front of another member to keep the ball going either end of the field."

The oval-shaped field is much bigger than in American football and varies in size because it often doubles as a cricket venue. And while NFL teams field 11 players at a time from an active squad of 53, in the AFL it's 18 players from a 22-player roster.

"We have defense, we have midfield, we have forward, but effectively you need to be flexible and adaptable to play in a whole host of different roles,” said Wayne Schwass, a former player and current commentator. “Action can happen from any aspect of the ground at any stage. It's a ballistic game, played by great athletes, and whoever kicks the highest score wins the game."

To score, players kick the ball--which is shaped similarly to the pigskin here--through two big goal posts in the middle of each end of the field. That’s worth six points. But in Australian rules, there are also two smaller uprights on the sides of the larger posts. Kicks through the small posts gain one point.

“This is my seventh year of football,” said Alexander Parthenis, a nine-year-old fan. “You have to be fit, you can't tackle around the neck or below the knees. You have to know how to kick a ball, hand pass a ball."

For a hand pass, the ball is held in one hand and hit with the clenched fist of the other. Then there's the "mark," where a player catches a kicked ball — similar to a punt return in American football. But there's a special kind of "mark" not seen in the U.S. It's called a "Specky."

“You jump up and you land on someone's shoulders, so basically you're standing on top of them and you have to jump at the football and mark it,” explained Nathan Brown, another ex-player-turned-commentator. “Every now and again when it does happen, it's certainly a good highlight reel.”

AFL games are much shorter than in the NFL. On average, games run about two hours, with far fewer stoppages in play.

"It's a bit like the Colosseum," said long-time announcer Tony Leonard. "Once sort of one Christian gets thrown out — i.e. the ball — it gets thrown back into play and away we go again.”

This means little rest for the players.

"Certainly one thing about the modern game these days is you need to be really fit,” said Lewis Roberts-Thomson, who recently retired after 13 years in the AFL (most players only last four years). “And you need to be running consistently or nonstop for that whole time. It's a contact game, so I think a little bit of blood is inevitable.”

For a game where blood is inevitable, the average player salary is just over a $250,000 Australian per year ($224,503.75 US), while the best players earn close to $1 million Australian ($898,014.98 US). The 18 teams in the league don't spend a lot of money on uniforms either. We're talking sleeveless shirts, short shorts, long socks and boots with molded cleats.

“AFL just brings in a lot more, with kicks and handballs and everything into the one instead of having offense, defense and special teams at separate times in the game,” said Melissa Darchy, who's a fan of the Philadelphia Eagles when she’s following the NFL. “Whereas AFL, it's a lot faster — a lot more to the point."

Also to the point, there are very few rules in Australian rules. For example, there’s no offsides penalty.

"So that's why," Roberts-Thomson said, "it looks like sort of organized mayhem out there really.” 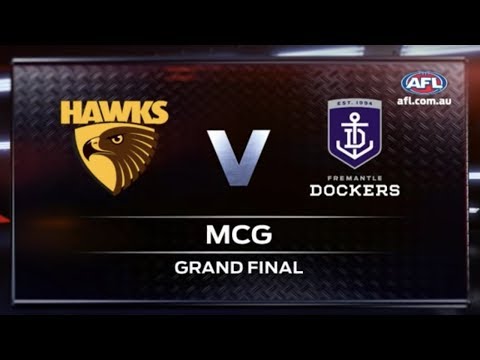