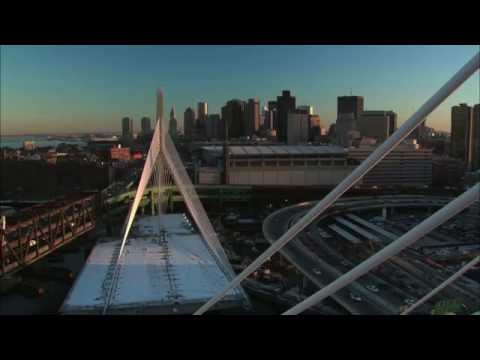 On Thursday, Bostonians learned their city had moved a step closer to hosting the 2024 Summer Olympic Games.

The U.S. Olympic Committee chose Boston over San Francisco, Los Angeles, and Washington, D.C. Whether the International Olympic Committee will rate Boston more deserving than the various other cities in other countries likely to submit bids remains to be seen, but very shortly after his city cleared the first hurdle, Boston Mayor Marty Walsh began making promises about how future decisions related to the bid would be made saying, "I promise that this will be the most open, inclusive, and transparent process in Olympic history."

Given how secretive, sketchy, and scandal-ridden former processes have been, Mayor Walsh may be on safe ground.

Bill Littlefield spoke with Philip Hersh, who wrote about the selection for the Chicago Tribune.

BL: Phil, was Boston — your former hometown — a good choice?

PH: It's an interesting choice. It was certainly not the expected choice. A year ago, U.S. Olympic Committee officials were a little concerned about Boston's global recognition. I was a little bit surprised by the choice. Not stunned but a little surprised.

BL: Do you have a sense of why Boston was the choice?

Clearly the major selling point ... was the role that the universities can play in the bid in terms of providing facilities.

PH: Clearly the major selling point — and this was referred to by the U.S. Olympic Committee and Boston officials in their Friday press conferences — was the role that the universities can play in the bid in terms of providing facilities. Essentially you've meshed with the new IOC emphasis — or their stated emphasis, anyway — on minimizing costs. Because, clearly, some countries had let costs for staging the Olympic Games get out of hand, particularly costs for things that were not directly related to actually staging the Games, including infrastructure, roads, train stations and whatever.

BL: Boston had never been the U.S. bidder for an Olympic Games, which means, of course, they’ve never lost a bid. You’ve reported that might work against this bid. How so?

PH: The 1924 Olympics, which were in Paris, was the first time that there was actual voting to determine which city got the Olympic Games. And since then there have been only three first-time bidders that have won the Olympic Games: Melbourne, Australia in 1956, Munich in 1972 and Atlanta in 1996. There is some feeling that people will become more familiar with you as time goes on. That doesn't necessarily mean that a first-time bidder can't win because three have, but it has been a little bit harder for first time bidders to win.

BL: Boston has an organized lobby against hosting the Olympics. They sent a letter to the USOC protesting Boston as a choice. Do protests of groups like No Boston Olympics tend to sway the selection committee?

PH: Well, the IOC does not want to give the Olympics to places where there will be such a high level of protest that they might affect Games preparations, which is why they tend to love dictatorships — Beijing, Russia, which is technically not a dictatorship, but Mr. Putin runs that country with an iron hand — because dictatorships will do whatever you ask them to do. I think that the No Boston Olympics could be a force. The question will be, as polling goes on — and the IOC does its own polling — what kind of public opinion there is as the vote gets closer.

BL: Finally, Phil, you work out of Chicago, the city that was embarrassed when it lost in the first round of voting for the 2016 Games. Do you have any sense as to whether a U.S. bid will be considered more seriously this time around?

PH: IOC members eventually vote for this thing on a secret ballot, so they can say whatever they want between now and that day in Lima, Peru, when they're going to push that button to decide which city to vote for.

The United States international relations with the IOC were at a low ebb during both the New York bid for 2012 and the Chicago bid for 2016. Some of it had to do with simple disapproval of U.S. government policies around the world and some had to do with this ongoing revenue sharing problem. There has been a new contract written that is more favorable to the IOC.

So those issues seem to have diminished. Juan Antonio Samaranch, Jr., who is the son of the late IOC president, sent me an email referring to exactly that, that the climate is a lot better now for a U.S. bid.