Ernest Hemingway wrote that to thumb his nose at Gertrude Stein. And maybe he was saying that names are important, because they are.

Christopher Jones is a minor league baseball executive, and an informal kind of guy (he goes by Chris). He used to be the general manager of a team from California called the Storm. Then he became the GM of a Texas team named the Skeeters.

This past March, Chris became president of a Cleveland Indians affiliate in Lynchburg, Virginia, called the Hillcats …and therein lies the problem, and the challenge.

"Merchandise sales was one of the lowest in minor league baseball," he says.

Chris thought he knew why the sale of Hillcats stuff was slack.

"I guess the translation of the French word for tomato is 'love apple.' For a logo, I would assume some kind of angry tomato."

So on behalf of the Hillcats and the merchandise they weren’t moving, Chris invited fans to come up with a name that would induce them to buy caps and jerseys, because though minor league baseball is about baseball, it’s also about selling stuff. The fans obliged, according to Chris.

"The Lamb Chops, the River Runners, the Doves..."

All right, a bit strange, but any stranger than Mud Hens? Iron Pigs? Wingnuts? Because those are all the names of minor league teams.

"And the Love Apples," Chris said.

"I guess the translation of the French word for tomato is 'love apple,'" he said.

"For a logo, I would assume some kind of angry tomato."

I’m still confused. So I make a call to an expert on a legend concerning one of the founding fathers…and tomatoes.

"The legend goes that he was standing on the steps trying to entice people to grow this unusual vegetable, I guess in Lynchburg. So he ate it and didn't keel over and die or have any other bad effects."

"The legend goes that he was standing on the steps trying to entice people to grow this unusual vegetable, I guess in Lynchburg. So he ate it and didn't keel over and die or have any other bad effects," says Peggy Cornett, the curator of plants at Monticello.

"He had a retreat home near Lynchburg called Poplar Forest," Cornett says.

Lynchburg, remember, is now the home of the Hillcats.

And it was there, legend has it, that Thomas Jefferson ate a tomato in front of a crowd — and didn't die.

So why was eating a tomato an allegedly brave act of ingestion?

"Well, there’s lots of European botanists that came along and said it was poisonous," says Andrew F. Smith, a culinary historian and professor at the New School in New York. "They defined it as poisonous because it was associated with mandrake."

“Would curses kill, as doth the mandrake’s groan,” or so says Shakespeare, anyway.

According to the Lynchburg legend, Thomas Jefferson wanted to prove that the tomato wasn’t poisonous. That’s why he took that bite one day in Lynchburg and, by virtue of not dying, introduced the tomato to America!

But is that legend — the one upon which Chris Jones and his baseball team may be pinning the legitimacy of the team’s new name — really true?

Professor Smith spent eight years researching the history of the fruit for his 1994 book, "The Tomato In America."

"No one really thought the tomato was poisonous in America. And the first American recipe is 1772, so the presumption is if you have a recipe and somebody puts it in a book, most likely you've been eating it well before that."

But Jefferson's relationship with the tomato was still an important one. It’s hard for me to believe I’ve said that, but bear with me, for the sake of the story.

Professor Smith says that when he was in Europe, Jefferson would send different varieties of tomato seeds back home.

"Jefferson was trying to get people to try different vegetables and products that would make us self-sufficient, so he was always trying to introduce new plants to America," Cornett says. "He said the greatest service that could be rendered any country is to add a useful plant to its culture."

So even though the legend might not be true…Oh, heck. It isn’t true. Jefferson didn’t even call the fruit a love apple; he called it a “tomata.” 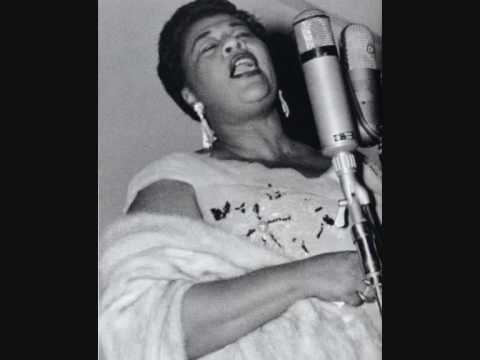 Yeah, you knew that was coming.

But Peggy Cornett likes the idea of naming the baseball team in Lynchburg the Love Apples anyway.

"I think it's kind of sweet," she says. "Love Apple. It's a nice tribute to Thomas Jefferson. You know another name for the tomato, though, was wolf's peach, so they might want to consider being the wolf's peaches."

What about the players, though? They’re the ones who might have to wear a uniform featuring an angry tomato. What do they think about becoming the Love Apples?

"Every time I'm down there they ask me how's it going, or what are the names. And I think for them it doesn't really matter," Chris says. "The guys that are coming to us are leaving us and going to the Rubber Duckies — The Akron Rubber Duckies. So I think they get to this level, they're just happy to be at this level and wanting to get to the next level which is the Rubber Ducks."

And you thought this story couldn’t get any sillier. Which bring us to the question of whether a team called the Rubber Duckies is sillier than one called the Love Apples. A minor league conundrum if ever there was one.